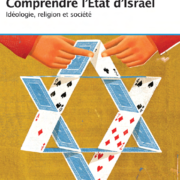 What is Modern Israel? 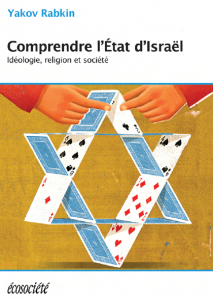 In the late 19th century, a group of emancipated secular Jews of Central and Eastern European origins came up with a revolutionary idea. Leaving behind Judaism with its values and commandments, they articulated the idea of Jewish nationalism, inspired by many people in their region, from Hungarians to Estonians, who longed for self-determination and national independence. Zionism found most of its fervent adepts within the Russian Empire, where the secularized youth in the Pale of Settlement not only eagerly embraced the idea, but also volunteered to realize it in practice.

At the same time, the Zionist idea generated indifference and even hostility around the world among Jews of various political and religious persuasions. The book provides the reader with access to diverse sources of Jewish opposition to Zionism. While spiritually the Land of Israel is central to Jewish tradition, this same tradition also cautions against any mass migration, let alone the use of force to accomplish it, before the advent of the Messiah. Zionism appeared as a sharp break with Jewish continuity.

In fact, the idea of a physical gathering of the Jews in the Holy Land emerged among Christians intent on speeding up the Second Coming of Christ. This book explores the little-known fact of Zionism’s Christian origins, a characteristic that helps explain the powerful support for the State of Israel in the United States, where Protestant Evangelical groups are numerous and influential. They see in modern Israel an embodiment of their faith and revere it as a bulwark against Islam. Moreover, Israel’s example in matters of economic development, security services and immigration control inspires right-wing politicians in many countries.

Please reead this article as well:

Ever since Emancipation promised equality to the Jews of Central and Western Europe, Jews have faced a choice between liberal mixed societies and a nation state of their own. This dilemma continues to determine Jewish attitudes toward the politics and nature of the State of Israel, ranging from unconditional support for Israel’s policies and practices to the principled rejection of the Zionist—or nationalist definition of the Jews. The issue of Jewish identity figures prominently in challenges to the legitimacy of the State of Israel, which divides Jews far more than any other political, social or religious question. This book puts to rest the notion that every Jew is necessarily a Zionist and therefore a natural advocate for the State of Israel, a myth, but one, upon which contemporary anti-Semitism thrives.

Any work on Israel must consider the issue of anti-Semitism. This book shows that Zionism is far from a simple reaction to anti-Semitic persecution. It sheds light on how some Jews integrate the Holocaust into the theological framework of the millennia-old Jewish tradition while others transform the memory of the Nazi genocide into a powerful argument for national unity in Israel and Zionist allegiance in the Diaspora.

This book is a timely contribution to an already abundant literature. It will draw those interested in foreign affairs, contemporary Middle East and Jewish history as well as readers curious about the future of the Jews and of modern Israel. While bringing to light many pages of history that have either been suppressed or simply forgotten, this book offers a novel perspective on the accomplishments of the Zionist founders of Israel, which has emerged as a scientific, technological and military power.

Written in French, this book was published in Japanese in Tokyo in June 2012. The Russian translation will be published in early 2015. Translation rights belong to the author. 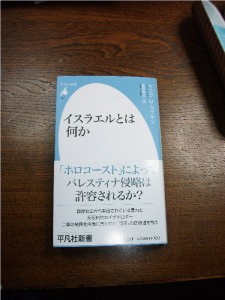 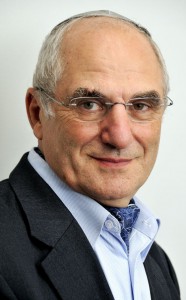 Yakov M. Rabkin, is Professor of History at the University of Montréal, where he has taught since 1973. His areas of interest include contemporary Jewish history and the history of science. He has published and edited five books and more than three hundred articles. His most recent book, A Threat from Within: a Century of Jewish Opposition to Zionism (Palgrave Macmillan/Zed Books) analyzes criticism of the State of Israel by several leading Jewish thinkers. Now available in thirteen languages, it was nominated for the Governor General’s Award in Canada, for the Hecht Award in Israel and featured at the Rendez-vous de l’histoire in Blois, France. The Japanese translation was selected as one of the three best non-fiction books of the year by the daily Asahi Shimbun.