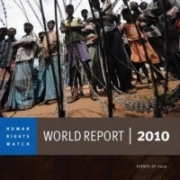 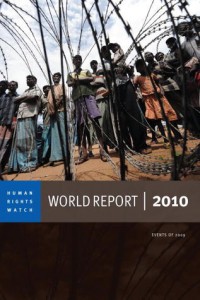 Human Rights Watch is increasingly recognized as the world’s leader in building a stronger awareness for human rights. Their annual World Report is the most probing review of human rights developments available anywhere.
Written in straightforward, non-technical language, Human Rights Watch World Report prioritizes events in the most affected countries during the previous year. The backbone of the report consists of a series of concise overviews of the most pressing human rights issues in countries from Afghanistan to Zimbabwe, with particular focus on the role—positive or negative—played in each country by key domestic and international figures.
Highly anticipated and widely publicized by the U.S. and international press every year, the World Report is an invaluable resource for journalists, diplomats, and all citizens of the world.