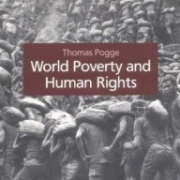 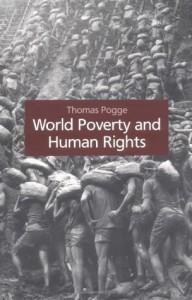 The poorest 46 percent of humankind have 1.2 percent of global income.
Their purchasing power per person per day is less than that of $2.15 in
the US in 1993; 826 million of them do not have enough to eat. One-third
of all human deaths are from poverty-related causes: 18 million
annually, including 12 million children under five.

At the other end, the 15 percent of humankind in the ‘high-income
economies’ have 80 percent of global income. Shifting 1 or 2 percent of
our share toward poverty eradication seems morally compelling. Yet the
prosperous 1990s have in fact brought a large shift toward greater
global inequality, as most of the affluent believe that they have no
such responsibility.

Thomas Pogge’s book seeks to explain how this belief is sustained. He analyses how our moral and economic theorizing and our global economic order have adapted to make us appear disconnected from massive poverty abroad. Dispelling the illusion, he also offers a modest, widely sharable standard of global economic justice and makes detailed, realistic proposals toward fulfilling it.