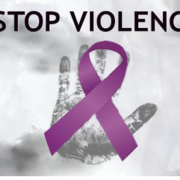 By Milena Rampoldi and Denise Nanni, ProMosaik. In the following an interview with Wanjala Wafula, journalist, and CEO/founder of the Coexist Initiative working in Nairobi to struggle against violence of all kinds for a tolerant, cooperative coexistence in society. As we have shown many time, to protect women and to struggle against gender-based violence we need men and boys as partners. And exactly this is the point of departure Wanjala shows us. And if we work against violence, we automatically oppose to child marriage, to FGM, to religious radicalism, and to all kind of negative behaviours avoiding peaceful coexistence in society. Would like to thank Wanjala for his important words.

How was the coexist initiative founded?
I founded this initiative twelve years ago. I was in journalism at the time: I held editor positions at some of Kenya’s top newspapers including the Nation and the Standard. But, I changed my career path because of a personal very painful experience.

I’m a twin, one of twelve children. We are six sets of twins: six boys and six girls. One of my sisters had a set of triplets too! My twin sister was a trained nurse. One day, she came home to my village to visit my mother who was ailing. But along the way she was gang raped by five men, strangled, and killed. The village decided that according to our culture, a woman was only worth fourteen goats and that the perpetrators should pay this as a form of punishment. So, the men paid the goats as a fine for raping and killing her. I refused to accept the village’s ruling about the brutal attack and murder of my sister. I engaged the police and asked for an investigation and today the perpetrators are serving life sentences.

That’s when I abandoned journalism and realized that the world needed a different conversation with men and boys. We need to talk to men and boys about gender-based violence, masculinities, and negative social stereotypes. I wanted to engage men, not as perpetrators, but as partners, because there are many good men around the world. However, the good men have kept quiet and allowed the bad men to represent the whole gender.

So, twelve years ago I started a comprehensive program that would engage all stakeholders— men, women, boys, and girls—not just for gender justice, but also for peace and conflict mitigation, and advancing human rights. Now we have programs running in refugee camps, conflict zones, prisons, universities, marginalized communities, and rural populations all over Kenya.

And our model is working very well with substantial impacts. We have partners all across East Africa and our work has been recognized through several awards. For example, were awarded by the African Union as an organization leading in peace building, conflict mitigation, and justice. In 2014 we won the global award on intercultural dialogue sponsored by the European Union for our work on girls’ education and women’s rights in development. In 2015 we received the UNHCR commendation for designing interventions that are best practice in the world. We were subsequently the 2015 Avon Global Communications Award winners and also 2016 Global Intercultural Innovation Awardee.

What is the current situation in Kenya related to FGM and child marriage?
The prevalence of harmful traditional practices in Kenya saddens me. We have collectively failed to realize the rights of many girls to a life of their choosing. In the past two years, 40% of girls in Kenya were married before their eighteenth birthday; 61% in one County alone. At this rate, Kenya will see 35,000 more girls married off within the next year. That’s 35,000 girls who will suffer violations of their right to health, education and non-discrimination.
In Kenya FGM has been banned since 2011 but it’s still prevalent in some areas. Nationally, the prevalence has dropped from 38% in 1998 to 21% in 2014, according to the latest Kenya demographic health survey published last year. However, public ceremonies celebrating the illegal season of female genital cutting have been allowed to take place unchallenged by the authorities in some areas. There is no national programme to teach pupils about the long-term health implications.
The Children’s Act, passed in 2001, prohibited the marriage of anyone under 18, and even stated that “no person shall subject a child to early marriage or other traditional practices that are likely to negatively affect the child’s life, health, social welfare, or dignity”. The problem is not the law, but rather the lack of political will to enforce it.
We have no adequate structures to monitor and prosecute child marriage or FGM cases, no services that provide shelter to runaway brides. Children’s rights sit at the very bottom of the government’s list of priorities, if at all, even though rising tensions between ethnic groups have prompted many abductions for marriage and rendered the situation all the more alarming.
I find it tragic that, whenever there is conflict, men use the bodies of women and girls as their battlefield and that it elicits so little outrage from state officials.

In what ways do you address these two issues?
I firmly believe that the way forward is to engage the community as a whole. Social transformation will not happen without community engagement. That’s why much of our work at Coexist Initiative is focused on raising awareness of the harmful impact of harmful traditional practices through media and entertainment.
We also reach out to local leaders, residents and service providers with key child marriage prevention messages. For example, we’ve been working on “Our Voices Our Cry”, a book that gathers the stories of children who have been sexually exploited, and we are currently pushing for its inclusion into the school curriculum. This way, by bringing the dialogue about harmful traditional practices into public consciousness and our schools, we hope to address the discrimination that is at its heart.
For the past year, we have worked closely with the Maasai and Kaya tribal elders to prevent harmful traditional practices like child marriage and FGM. I have found that working with spiritual leaders and community elders can dramatically enhance the reach of our message. Because they are seen as the custodians of culture, they impart their traditions and beliefs onto younger generations. Traditional leaders have the authority needed to decrease the acceptance of these practices, and their voices are particularly important when it comes to reaching out to boys and men.
A key moment in a boy’s life is the time when he learns the “rules of manhood”. This traditionally happens during the male circumcision ceremony, when boys are exposed to highly gendered messages about what it means to be a man. Working with spiritual leaders has proven paramount in opening a new space for dialogue, in teaching boys’ different lessons about manhood: boys become men by seeing and supporting women as human beings.
By getting men to reject the practices that subordinate women and girls and subject them to violence, we can get to the root of child marriage. The support of community elders’ is a vital part of that process. 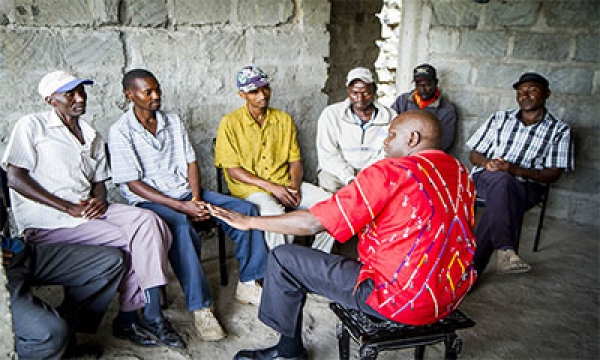 Why do you think it is important to involve men in the debate about gender equality? And how has civil society been responsive so far?
When we speak of gender we are referring to men and women as well as boys and girls. However, gender biases and inequalities predominantly and critically affect women. They are drivers of unequal access to education for girl children, sexual and reproductive health problems, including Sexual and Gender-Based Violence (SGBV) and HIV & AIDS.
Our choice to work with men and boys is informed by the fact that masculine perceptions show traditional stereotyped mindsets, which shape the identity and behavior of men and young boys, thereby perpetuating gender inequalities rather than breaking patriarchal norms.
Do you cooperate with local authorities and institutions? If yes, how?
We partner with government-line ministries, county governments and locally based NGOs. This is through partnership in implementing projects that we have common focus areas, resources mobilization and for policy implementation and advocacy. The authorities in county government enhance the referral mechanisms in cases of seeking justice, enforcing legislation and also act as drivers of advocacy in elimination of harmful traditional practices. 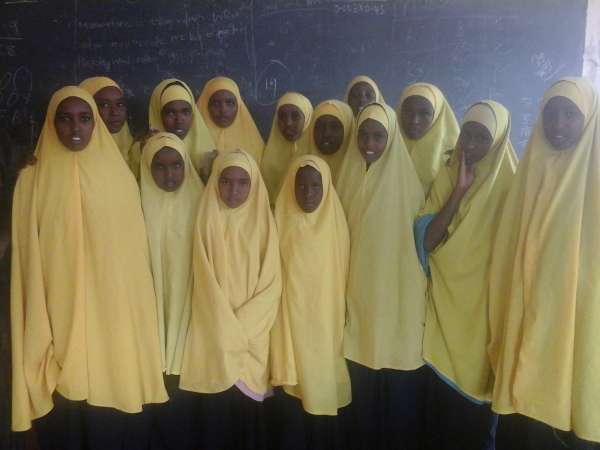 WAY – for youth empowerment and participation in decision making