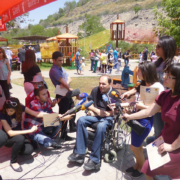 By Denise Nanni and Milena Rampoldi, ProMosaik. In the following our interview with Armen Alaverdyan, Executive Director of Unison in Armenia, an organisation supporting people with disabilities and struggling for their social inclusion. Unison stands for the human rights of people with disability. Would like to thank Armen for his detailled answers. For ProMosaik, it is fundamental to exchange information with social and human rights organisations all over the world to learn inclusion and dialogue one from another. 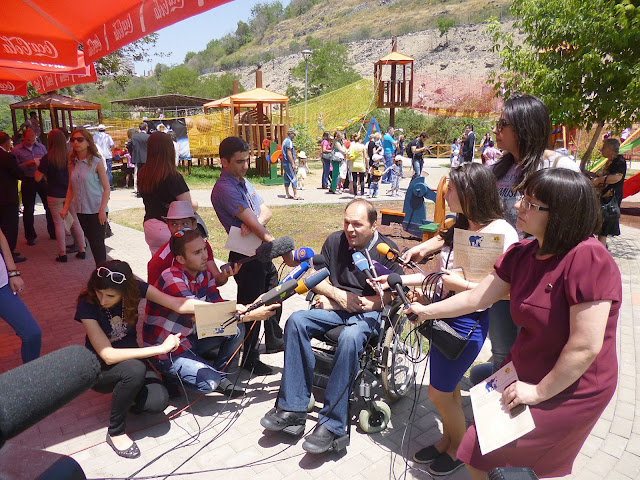 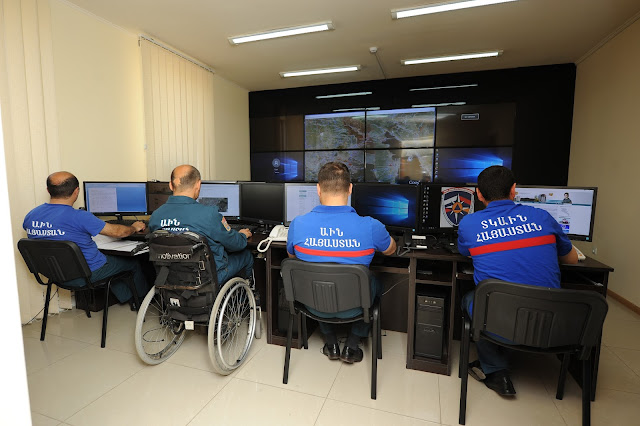 How does the independent living approach effect a person with disabilities? What are the benefits for his physical and psychological health?
The ratification of the CRPD by the Republic of established a favorable groundwork for implementation of substantial reforms towards inclusion of PWDs in the Armenian society. However, PWDs continue facing significant environmental and attitudinal challenges obstructing effective realization of their right to independent living, which consequently impedes their inclusion in the community.
One of the main challenges hindering PWDs’ participation in the societal life of the country is their lack of independence: Armenian PWDs are largely dependant on their families both for financial support and assistance in their daily activities, to the extent that family members make important decisions affecting the lives of PWDs. To address this situation, Unison introduced the Independent Living Movement to Armenia through establishment of the first-in-Armenia Center for Independent Living (CIL) in Yerevan in 2006. To further the Independent Living philosophy in Armenia, in 2013 Unison initiated and co-founded the Armenian Network for Independent Living (ANIL), a coalition uniting the leading disability-rights organizations in Armenia. These NGOs deal with all major types of disabilities: visual, hearing, mobility, mental, developmental etc. However, despite these efforts, the Independent Living Movement concept is yet to be recognized and widely accepted in Armenia.
Due to low level of awareness, lack of accessible infrastructures and relevant services, as well as the specific mentality (which considers it normal for adults to rely on parents for both financial and other support), PWDs in marzes (administrative regions of Armenia) are more dependent on their families than those living in Yerevan.
The independent living approach is essential to the inclusion of PWDs and realization of their rights and freedoms, since this approach, also called “Independent Living Philosophy” or “Independent Living Model”, aims to free PWDs from undue and unwanted dependency. This approach helps achieve self-reliance among PWDs and ensure full access to all services, processes, programs and opportunities. 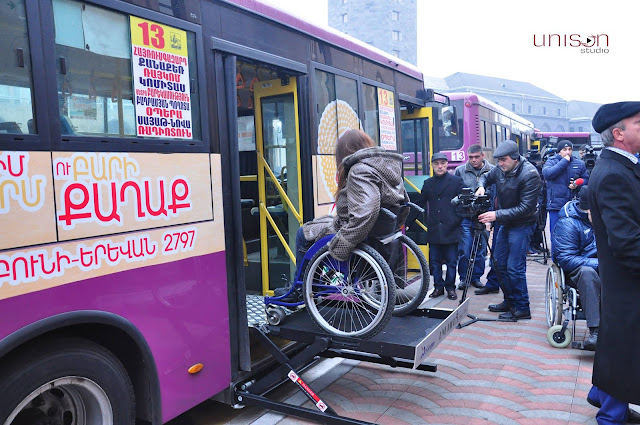 Can you tell me more about the art and computer training services that you offer?
Young people with disabilities (mostly with mental disabilities) attend the art training. The lessons are held twice per week for each of the 2 groups. For the students, it is a good chance of fulfilling their creative potential. We have noticed personal growth of many of the students. For example, some young guys who were not able to communicate with others and used to frequently violate the accepted norms, now are fully communicable and adequate. The attendees of the art studio participate in various exhibitions; sometimes there is a possibility to sell their works.
The computer training is part of larger training series within the Job Training and Placement Center at Unison. The participants of the training are taught to successfully take job interviews, their CV-writing and other relevant skills are enhanced. Given that the majority of employers require at least basic computer literacy skills, the participants are taught these skills and therefore become more competitive at the labor market. We organize both group and individual training customized to the needs of participants.
Additionally, we offer individual computer training to persons with vision impairments and blind persons. The training provides PWDs with necessary skills to use essential computer programs with special audio software, which fosters their independent living and aids in the job-search process. 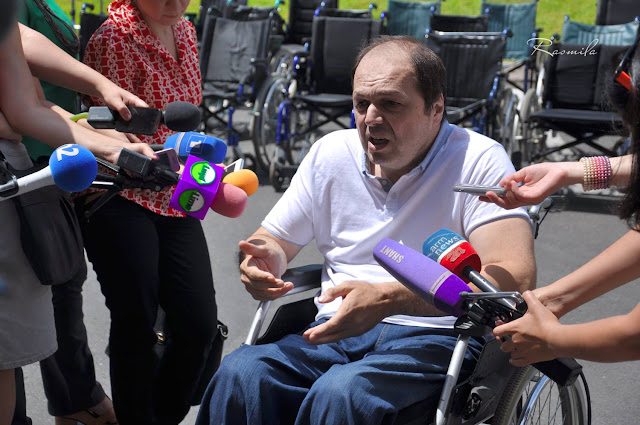 Is Armenian society responsive to your efforts?
Yes, increasingly so. While several years ago it was quite a challenge to meaningfully engage the Armenian society in our activities, due to large-scale awareness-raising efforts and communications campaigns implemented by Unison and other DPOs during the recent years, we have noticed significant progress in the level and quality of feedback we receive from the general society. For example, some of our PSAs have more than 83,000 views on Youtube – this is significant, because most PSAs/social videos have no more than 1000 views in Armenia.
Especially important for us is the readiness of the society to participate in and contribute to various disability-focused public activities: exhibitions, concerts, flash-mobs, public debates and discussions, presentations, film screenings, etc. For instance, our most recent event, “Dreams and Reality” which was a combination of a photo-exhibition, LIVE forum and video screenings, packed full one of the biggest cinema halls in Armenia.
The growing interest of media in disability-related issues, news and events further confirms the positive changes in the responsiveness of the society towards our efforts. While in the past having our events covered by 1-2 media outlets was considered a success, now we have almost all TV Channels present at our events. Furthermore, Unison staff members are often interviewed or invited to participate in TV programs as independent experts. 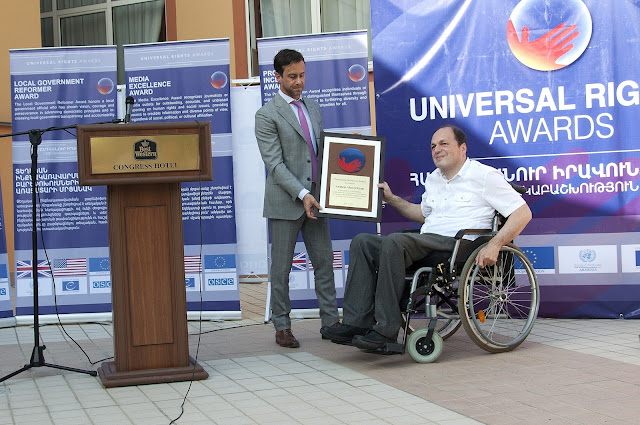 Do you cooperate at any level with local/national authorities? If yes, how?
Unison cooperates with all of the key stakeholders including state agencies: Ministry of Labor and Social Issues, Ministry of Culture, Ministry of Science and Education, State Committee on Urban Planning, Municipality of Yerevan and others. The cooperation with the Ministry of Labor and Social Issues enables us to more effectively protect the rights of PWDs and resolve some of the urgent issues. Unison participates in the discussions on the new disability-related legislation and luckily our voice is mostly heard: many of our suggestions become part of the national legislation (e.g., the quota system which was heavily promoted by Unison, was included in the Law on Employment in 2014). Especially successful is the cooperation of Unison with the Yerevan Municipality; due to this cooperation, 25 accessible city buses operate now in Yerevan, the crossroads and pavements are equipped with compliant curb ramps, etc. 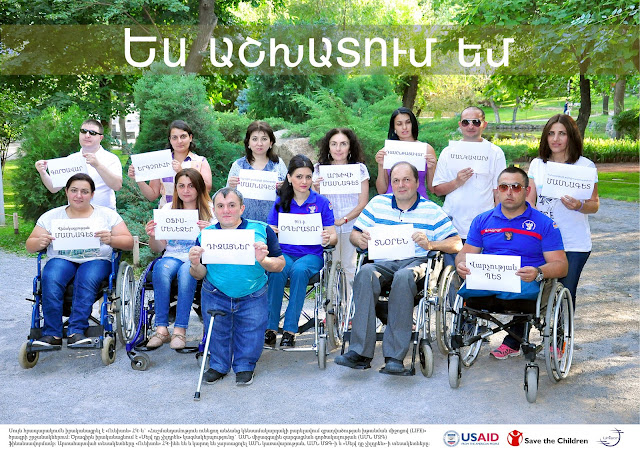 Do you think that policy makers and institutions could do more in order to address the issues of people with disabilities? If yes, how?
Yes. The majority of the policy makers ignore the principle of the international disability community, “Nothing About Us Without Us”. Many laws, regulations and policies are adopted with no prior consultations with disabled people’s organizations (DPOs). In order to more effectively address the issues of PWDs, policy makers should consult with DPOs and avoid making non-compliant disability-related adaptations (e.g., constructing non-compliant ramps). Recognizing the importance of inclusive and participatory policy-making, Unison recently initiated and implemented an international program fostering inclusive decision-making for PWDs in Armenia, Georgia and Moldova. In the frameworks of the program, we implemented an Index of Participation research aimed at evaluating the accessibility and inclusiveness of decision-making processes and structures in the three countries, after which an educational and advocacy campaign was implemented.
The program has helped as identify the specific barriers hindering PWDs’ participation in decision-making in Armenia, which will help us design and implement well-targeted and effective measures to enhance the inclusiveness of decision-making in Armenia in the near future.
Photos:
01 – Opening of an inclusive playground at the Yerevan Zoo
02 – At the Armenian Ministry of Emergency Situation
03 – Opening of the new accessible bus routes in Yerevan
04 – Reception of the new wheelchairs
05 – Universal Rights Award 2015 – “Promoting Inclusion Award” goes to Armen Alaverdyan
06 – Poster “I am Employed”

ABAADMENA LEBANON – how to empower women