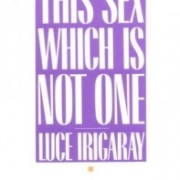 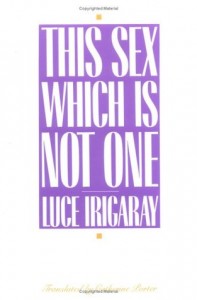 In This Sex Which Is Not One, Luce Irigaray elaborates on some of the major themes of Speculum of the Other Woman, her landmark work on the status of woman in Western philosophical discourse and in psychoanalytic theory. In eleven acute and widely ranging essays, Irigaray reconsiders the question of female sexuality in a variety of contexts that are relevant to current discussion of feminist theory and practice. Among the topics she treats are the implications of the thought of Freud and Lacan for understanding womanhood and articulating feminine discourse; classic views on the significance of the difference between male and female sex organs; and the experience of erotic pleasure in men and women. She also takes up explicitly the question of economic exploitation of women; in an astute reading of Marx she shows that the subjection of woman has been institutionalized by her reduction to an object of economic exchange.
Throughout Irigaray seeks to dispute and displace male-centered structures of language and thought through a challenging writing practice that takes a first step toward a woman’s discourse, a discourse that would put an end to Western culture’s enduring phallocentrism.
Makin more direct and accessible the subversive challenge of Speculum of the Other Woman, this volume–skillfully translated by Catherine Porter with Carolyn Burke–will be essential reading for anyone seriously concerned with contemporary feminist issues.

A Brief History of Misogyny: The World’s Oldest Prejudice by Jack Hol...
Scroll to top