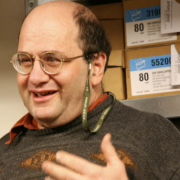 by Milena Rampoldi, ProMosaik e.V. – An important interview we did last summer with Adam Keller of Gush Shalom, the Israeli Peace Block. A very challening matter in these difficult days of open confrontation in Palestine. 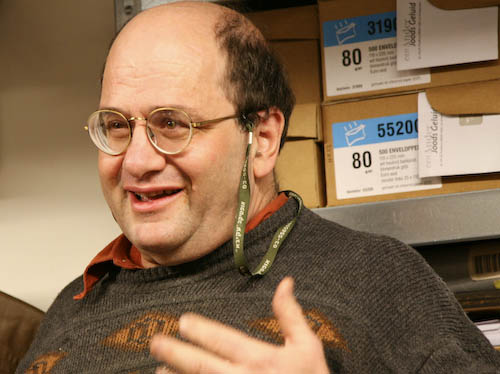 Milena Rampoldi: Many say that there is no chance to establish peace in Israel and Palestine. Why do you believe in peace?
Adam Keller: There is indeed good reason for pessimism. Both Israelis and Palestinians in general believe that peace is something which was already tried but failed, and that the failure is the fault of the other side. Israelis say “We tried very hard to make peace with the Palestinians, we made enormous concessions, but the Palestinians continue to attack us. This means that they don’t want peace, they want to kill us and take our land”.   Palestinians say “We tried very hard to make peace with the Israelis , we made enormous concessions, but the Israelis  continue the occupation, continue to oppress us and create settlements. This means that they don’t want peace, they want to kill us and take our land”. Both sides are right to some degree – if you define the Oslo Process as actually implemented by actual political leaders as “peace”, then indeed “peace” was tried and it failed. I hope and believe that this failure does not mean that peace as such has irrevocably failed. but that we must learn of the mistakes during the Oslo process.
MR: Which strategies must be implemented urgently to work for peace between Israel and the Palestinians?
AK: The strategy to work for peace should be opposite  from what was tried in the Oslo process:
-a frame must be defined, for example: an agreement based on the ’67 borders
-target dates should be set and (unlike during Oslo) respected
-the difficult issues (bottlenecks) should be dealt with from the start (instead of letting them wait until the end).
MR: How important is a mass movement for peace? ProMosaik e.V. thinks that peace does not come from the politicians, but from people. What do you think?
AK: A local mass movement for peace would be the best, but at the moment seems impossible (see answer to question 1). But an international mass movement for Israeli-Palestinian peace seems to be forming
MR: What must urgently change in Israel to work for a peaceful solution?
AK: Israelis must learn that in the long run peace is not only nice, but existential.
MR: What does peace in Judaism mean and how can Jewish values help to work for peace?
AK: Israelis great each other daily with the word “Shalom” which means peace. As in any religion there can be found in Judaism arguments for pursuing peace as well as for fighting wars, but on the following page you find an abundance of  peace inspiration from Judaism.

THE IDEAL OF PEACE IN JUDAISM

Peace is a concept that is central to Judaism. Along with truth and justice, it is one of the three key Jewish values.

Peace, according to the Jewish sages, is the ultimate purpose of the whole Torah: “All that is written in the Torah was written for the sake of peace.” Tanhuma Shoftim 18
Peace is what will save the Jewish people: “God announceth to Jerusalem that they [Israel] will be redeemed only through peace.” Deuteronomy Rabah 5:15

The Jewish people’s desire for peace has been expressed for thousands of years in our prayers and in biblical and rabbinic sources.

In the words of the prophets (Isaiah 2:4 and Micah 4:3)
And they shall beat their swords into plowshares, and their spears into pruning hooks; nation shall not lift up sword against nation, neither shall they learn war anymore.
In the Ethics of the FathersHillel says: “Be among the disciples of Aaron, loving peace and pursuing peace…” (Ethics of the Fathers 1:12)
In the Midrash
Great is peace since all other blessings are included in it. (Vayikrah Rabbah 9) The only reason that the Holy One, blessed be He, created the world was so that there would be peace among humankind. (Bamidbar Rabbah 12A)
In the Amidah (Daily Standing Prayer of 19 blessings)
Grant peace, welfare, blessing, grace, lovingkindness, and mercy unto us and unto all Israel, your people.
In Israel’s Declaration of Independence
We extend our hand to all neighboring states and their people in an offer of peace and good neighborliness, and appeal to them to establish bonds of cooperation … with the sovereign Jewish people settled in its own land. The State of Israel is prepared to do its share in common effort for the advancement of the entire Middle East.
In the prayer for the State of Israel
Please bless the State of Israel…spread over it the shelter of Your peace. Grant peace unto the land, lasting joy to its inhabitants. Remove from us all hatred and hostility, jealousy and cruelty. And plant in our hearts love and friendship, peace and companionship. Speedily fulfill the vision of Your prophet: “Nation shall not lift up sword against nation, neither shall they learn war anymore.”

The Hebrew word for peace, ‘SHALOM,’ comes from a root meaning ‘completeness’ and ‘perfection’. So when there is peace in Jewish terms, that means things are perfect: there is calm, security, prosperity and a general feeling of physical and spiritual well-being. It doesn’t just mean there is no war.
In Hebrew, to ask someone how they are (“How are you?”) we say “Ma shlomcha?” ‘Shlomcha’ literally means ‘your peace’, so we are actually asking them “How’s your state of peace?” This shows how important living in a state of peace is in Jewish thinking.
The Jewish obligation to pursue peace
Peace is so important a concept in Judaism that Jews have a religious obligation to pursue it.“Seek peace, and pursue it’ ‑ seek it in your own place, and pursue it even to another place as well.” Leviticus Rabah 9:9
We are told that “He who establishes peace between man and his fellow, between husband and wife, between two cities, two nations, two families or two governments…no harm should come to him.” Mekhilta Bahodesh 12
And even that “one may deviate from the truth for the sake of peace…it is permissible to utter a falsehood for the purpose of making peace between a man and his fellow.” BT Yevamot 65b and Derekh Erez Zuta.
Lynda Ben-Menashe 2007