By Aygun Uzunlar, ProMosaik e.V.- We conducted a short interview with renowned Turkish Ebru artist Atilla Can about UNESCO’s celebration of his work, and appreciate his cooperation.
Here my video about the three Ebru artists we have interviewed up to now:
https://www.youtube.com/watch?v=hlppO46ynRk
Aygun Uzunlar: When and why did you start Ebru art? What does Ebru mean to you?
Atilla Can: I’ve always been interested in painting since childhood. I’ve enjoyed using different techniques such as charcoal, water colour and oil-painting. I realised that Ebru art was a different technique and its use of water as the canvas made it charming and mysterious. To gain a better understanding of this art form, I started going to exhibitions and coincidentally met my master Mr. Ali in the Art’s capital, Istanbul. I took my first Ebru course on May 29 and my license after different Ebru courses for 5 years. You have asked what Ebru means to me? Is a very meaningful art, just like a loved one. It is a love that makes me happy and peaceful. 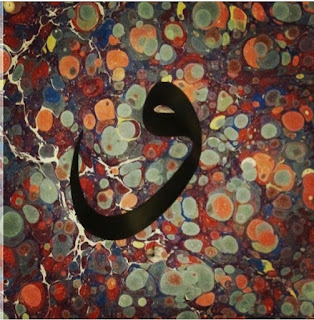 AU: Where is Ebru’s place in Islam and its mystic world?
Atilla Can: As mentioned in Yasin Sura verse 77; “Doth not man see that it is We Who created him from water? yet behold! he (stands forth) as an open adversary!” Also Yunus Emre stated: “I’m a handful of soil, some water. What to boast?” Yunus Emre accepts water and soil as an essential of the human body. In Islam, preparation of the worship requires cleaning. The source of purification is water. It is used in physical and spiritual cleaning. It cleans bad habits, forbidden, gossips, lies, ambitions, and egos. The man who comes into the presence of his spirit must be purified. Finally, water is essential to Islam. Mevlana says, “Your one half is dirt, other one is musk. Be careful, pull yourself together, don’t increase your dirt, increase musk.” What we understand from this is that we must increase musk. Increasing musk, depends on purification. And purification is water based.
So, as a society with Islam at the heart of its life, we very much value water and we believe it provides spirituality. Water and coloured soil is the centre of Ebru art. Ebru artists get used to water and start to learn about it. Water is a sensible substance. Tragacanth, working fluid of Ebru, senses the beauty or negations you face. And there is a change for Ebru arHst in his view to Ebru art and Ebru water. There is a perception in society that believes all Ebru artists are people with mystic rituals.
There is nothing certain about this. You cannot raise your morality, tolerance or your honesty just by standing near an Ebru tray. The important point here is to live a life with musk scent, which means by staying clean in every aspect of your life after leaving that tray. Of course, the Ebru tray can be a reminder. Believe me, an Ebru artist’s Islamic musk is the same as an illuminator’s or a calligrapher’s one. However, if we talk about Ebru, the peak point of Islamic musk is Ebru. 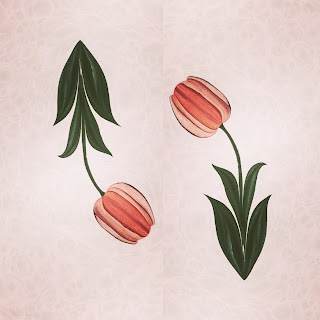 AU: Recognition of Ebru by UNESCO. What does it mean to you and how did this happen?
AC: It is a milestone in Turkish Art History, that Ebru has been added to Intangible Cultural World Heritage list by UNESCO. For the first time in Turkey, an art has been protected by UNESCO. Ebru art has written history as Turkey’s 12th element. Exactly 7 years ago, this process started when i sent a petition to the United Nations and the Unesco Paris HQ for the first time. In my petitions, I mentioned our Ebru art should be passed on to future generations because it is a very special art produced by a different and unique technique. I also mentioned Ebru had a history of 1000 years and that there was an obligation to protect it by celebrating a special “World Ebru Art Day.” I also wrote petitions and made phone calls to lots of government offices including our Ministry of Culture and our National Committee of UNESCO. I stated that I had sent petitions to UN and UNESCO and demanded things about Ebru. I asked them to officially support for my proposal and work together as soon as possible. Believe me, it was a struggle convincing people and offices of my belief in this project. It was a very painful and long process, but there was a voice inside me telling me not to give up. And I never did. I mentioned my UNESCO project to all the Ebru artists whom I could reach all around the world, asked them to send petitions to UNESCO with examples of Ebru, and state their support for me. As a result there has been a huge wave of reactions and excitement. Ebru artists all around the world sent their Ebru works and confirmed their support. Believe me, this letter traffic lasted months with love. To keep this project alive and create an awareness, we started to celebrate every second Saturday of September as World Ebru Art Day with events, exhibits and panels. Beside countries like USA, Czech Republic, Netherlands and Mexico, lots of cities in Turkey also wanted to host celebrations, which will be the fifth one this year. We just confirmed that 41 countries will join and support this event. In conclusion, our struggle came with a happy ending with a win in UNESCO. I’m delighted to be the main actor of this story. Don’t forget this German quote: “A miracle happens with believers.” I believed and miracle happened. 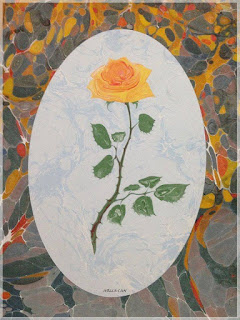 AU: What are the main patterns in your Ebru works?
AC: People commenting about my work claim that I have a naturalist approach. They say that I am a marginal artist. I know they have a right point. I like to do improvisation. When I received an invitation to the Netherlands, I did an Istanbul Tulip beside Jan Vermeer’s The Girl with Pearl Earrings painting. In my exhibit in the USA, I made an Ebru related with the Statue of Liberty. When I was in Abu Dhabi, I was tempted by Sheikh Zayed Mosque and painted it. Just think, a construction full of white, surrounded by blue sky. In 2010, when Istanbul was selected as European Capital of Culture, I was consulted as one of the best known Istanbul artists, and they wanted to work with me in a documentation project. I have lots of Istanbul works, using Galata Tower, Maiden’s Tower and Nostalgic Trams. Sometimes, in my works, there are butterflies, birds, fish and sometimes a Sema dancer. I really love to include the important local stuff of countries I have visited. I want passion, aesthetics, reality and difference in most of my works. It’s very important that my works should be known without my signature being noticed.
AU: How do we prevent Ebru art being forgotten in history? And what do you suggest to begin with? 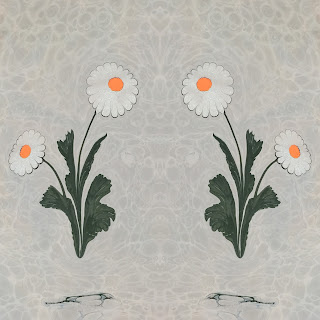 AC: Ebru won’t be forgotten in history. Why am I saying this? I had this worry 7 years ago and decided that Ebru should be protected by UNESCO. UNESCO confirmed with a 2014 project and registered it as 12th element of Turkey in Intangible Cultural World Heritage list. An art registered in this list won’t be ever forgotten, on the contrary it’ll shine bright like a diamond forever, trust me. My recommendation to begin with is to understand that this art is a science. Science won’t happen with dogmatism, it will happen in the orbit of the teacher. I suggest find ing a good teacher and start as a rookie struggling on a long arduous road. And patience is the key for this art. Patience brings peace and silence. The enemy of anger is patience. A patient human is strong. In conclusion, my only advice for starters is be patient, open-minded, modest and trust the power of science under the wings of good teacher. 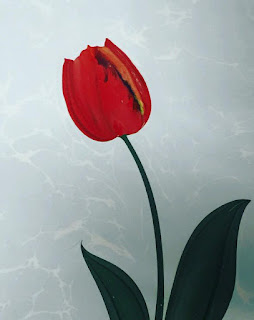 AU: Is Ebru able to promote empathyunder different cultures and religions? How can art contribute to peace?
AC: Ebru is able to promote empathy under different cultures and religions. I want to answer this question as someone who makes his art all around the world and as a cultural ambassador. When we go to a foreign country for the first time, our nationality comes first. Turkish nationality and Muslim identity face some prejudice. I know because I faced it. I want to tell you about an experience I had. In a foreign place where I took an Ebru workshop, someone very self-assured came tomy event. He did not look at me. When I asked about him, they told me that he was a very important man and everyone was scared of him because of his title. After half an hour, everybody was shocked when we were making Ebru with that man everyone was scared of. That man brought his wife to the workshop and introduced her, he also invited me to their home as a guest. Everyone asked me how this happened and I answered “Power of Art.” I have made Ebru with a Prime Minister, with a kid, with Japanese, Americans, Africans, Buddhists, Christians or Muslims people. Their common point was that they were HUMANS, independently from their colours, nationalities, professions, languages, or religions.
Art, of course, is a tool for different cultures or religions to love each other. Art is the name of love, beauty and peace. Especially Ebru art can be a key factor for different cultures and religions getting closer. Ebru art has a different power of charm. There will be a sympathy between societies gathered for art, I believe this will help to achieve peace. An artist should never side with war. Like Paul Eluard said:
It is the gentle law of men; to change water into light, dream into reality,
and enemies into brothers.

To see more, visit the website of the Ebru Association in Turkey:
www.ebrudergisi.com

Lotus Rouge: We have to connect the people of this planet into a channel where...

John Perkins: every person can follow to turn this failed economic system into...
Scroll to top