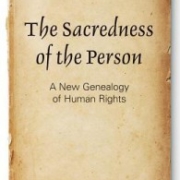 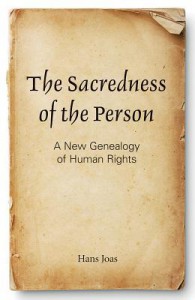 Conventional wisdom holds that human rights emerged from the spirit of the French Revolution, itself a political expression of the French Enlightenment, which was commonly seen as anticlerical and anti-Christian and antireligious. An alternative interpretation contends that the current human rights regime is the result of the Judeo-Christian tradition, paved by the understanding of the human person imparted by the Christian gospels. Drawing on sociologists such as Durkheim and Weber and Troetsch, Joas sets out a new path and proposes an alternative genealogy. He proposes that the modern belief in human rights and universal human dignity is the result of a process of “sacralization,” in which every single human being has increasingly been viewed as sacred. Two milestones of this process in the modern era, Joas points out, were the abolition of torture and slavery–common practices in the pre-18th century West. This process of “sacralization” culminates in the 1948 Universal Declaration of Human Rights, demonstrating how values–what Joas calls value generalization–can shift over time and reflect human progress.

The Universal Declaration of Human Rights: Origins, Drafting, and Intent by...
Scroll to top