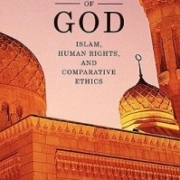 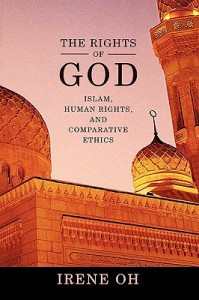 Promoting Islam as a defender of human rights is fraught with difficulties. Many advocates of human rights readily point out the numerous examples of humanitarian failures carried out in the name of Islam: the Taliban regime in Afghanistan, female genital mutilation in Africa, the penal code and lack of female suffrage in Saudi Arabia, genocide in Darfur, and the attacks of 9/11. As a result, human rights proponents are often tempted to blame Islam, if not religion generally, for fundamental human rights violations. That being said, shunning Islam, and religion, in human rights dialogue is a serious problem for the advancement of universal human rights. As Oh demonstrates, comparative religious ethics is an effective method of bringing religious thought and convictions into human rights discussions. Her book, a revised dissertation from the University of Virginia’s religious studies department, shows how three of the most prominent Islamic religious scholars writing about human rights can contribute to a global understanding of human rights. These three scholars–Mahmoud A’la Maududi (1903-1979), Sayyid Qutb (1906-66), and Abdolkarim Soroush (b. 1945)–offer a broad range of perspectives that challenge not only assumptions about the role of religion in human rights, but also the idea of a monolithic (and bloodthirsty) Islam. While Maududi and Qutb represent traditionalist Islam, and Soroush a more reformist and Western-friendly approach, all three contend that Islam is indeed capable of accommodating and advocating human rights. Their treatment of such human rights political participation, freedom of conscience, and religious toleration demonstrate, Oh says, that Islam should have a place at the table during international human rights discussions.