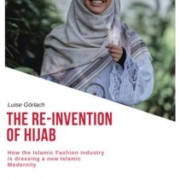 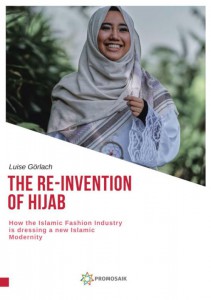 As much as the veil is a fabric or article of clothing, it is also a concept. It can be illusion, vanity, artifice, deception, liberation, imprisonment, euphemism, divination, concealment, hallucination, depression, eloquent, silence, holiness, the ethers beyond consciousness, the hidden hundredth name of God, the final passage into death, even the biblical apocalypse… Yet the veil can also be a symbol of resistance.’ (Heath 2008: 3)

There is barely any other religious symbol that has been recently discussed about as much as the Islamic veil. Its meaning varies as much as its appearance and is highly depending on the local context. That makes hijab, the Islamic veil, way more than a simple piece of fabric. When examining the headscarf, there are as many underlying intentions as there are women who veil, ranging from the hijab being a symbol of self- cultivation (Mahmood 2005), an expression of modern womanhood (MacLeod 2011), an instrument of women’s oppression (Lazreg 2011) up until a result of the overlapping of globalization and Islamic ideologies (Ahmed 2012). Hence, it is quite a challenge to comprehensively answer the question: What is hijab? Instead, it is crucial to take into consideration, which aspects and developments have contributed to the veil’s current meanings within a particular context. Thus, the spatial as well as the temporal dimension need to be framed first to allow getting a whole picture of what hijab actually represents within a given context.

This thesis is focusing on the recent developments in regard of the veil’s multiple meanings in Indonesia, particularly in urban Java as it is known to be the center of the current Islamic fashion industry. To understand the current expanding of this industry, it is necessary to take a closer look at the two major aspects first that led to its emergence. In doing so, there will be an overview of the development and characteristics of Javanese Islam accompanied by an explanation how this particular form of Islam is allowing rather loose restrictions of Islamic veiling compared to countries of the Middle East for example. Furthermore, there will be a brief examination of the role of Islam under Suharto’s policy of the Order Baru (New Order). The aim is to show that the Islamic Revival in Indonesia can be seen as a result of his secular political agenda which again led to a transformation of the hijab towards being a symbol of political protest. This shall provide a better understanding of the foundation for the success of the Islamic Revival beginning in the 70s and still being an ongoing process. The major force behind the political protesters’ Islamic approach has been the urban middle class of Java. In terms of this, Islamic consumption could initially have been perceived as a sign of protest but the underlying motivations might have shifted over the past two decades. The author of this paper claims the recent Islamic market consumption and, hence, the success of the Islamic fashion industry, to rather be the result of Western- influenced consumer patterns which merged with the rise of a global Islamic consciousness. In the course of this analysis, it is therefore crucial to examine the impacts of the global Islamic revival in Indonesia in order to explain the ongoing commercialization of Islam.

However, the initial intentions of veiling to be a symbol of a democratization process are still present, yet the focus has been shifting towards a rather individualized approach. One phenomenon accompanying the rising global popularity of Islam is a new definition of womanhood which is based on the re-interpretation of Qu’ran due to rising numbers of female Islamic scholars. This results in the hijab’s potential to act as tool for self-empowerment. Hence, the headscarf exceeds its role as solely being a marker of identity related to the global Muslim community (umma) and develops into a symbol for the new independent Muslim woman (muslimah). This newly gained expression of independence and individuality is correlating with the new generation’s urge to break with the traditions of the past that are associated with un-Islamic characteristics and, thus, call for a transition of society as a whole. In its role as a visible reminder of piety, the headscarf serves the wearer as a way of becoming a good example for others and, hence, bears the potential to provoke a societal change ‘from within’. This perspective applies particularly to the urban youth which is forced to negotiate its identity in between the transition to adulthood, Western consumer patterns, rising access and connection to the global umma via social media, pressure from their parents in regard of following a traditional life path, global feminist tendencies, the rising individualization of society and the urge to express one’s own ethnic and national identity. Islam hereby provides a set of guidelines that becomes an integral part of this negotiation process. And the hijab can be seen as its visual expression.

Since Islam, consumption and the formation of identity are highly interdependent in the context of urban Java, they gave rise to many modern organizations and institutions which are providing an orientation for young Muslims. One of these networks is the Hijabers Community whose rising popularity makes it one of the major players in shaping the image and definition of the modern muslimah. With its members also being the representatives of Indonesia’s Islamic fashion industry, the community’s actions and motives are guiding the direction of the industry’s development. In connecting Islamic clothing to a secular environment, they do indeed prove that Islam and urban lifestyle are not mutually exclusive. This way of life is presented in a modern dress and highly connected to personal autonomy, cosmopolitanism and Western consumer patterns; all being adjusted to the guidelines of Islam. Analyzing the vision of the Hijaber’s Community allows an outlook on how modern Islam is taking new shapes and overcomes former ideological restriction by finding creative ways to combine the two apparently contradictory concepts of Islam and modernity. Another institution which shall be introduced in this paper is the IPBM (Association of Muslim Fashion Designers) whose work is also dedicated to Islamic principles and fashion alike. However, these designers are choosing a different approach by emphasizing the role of Muslim fashion as religious obligation. Their products have a highly religious message and are supplemented by a broad Islamic activism. The author chose these two institutions because they are representing both edges of the Islamic fashion industry in terms of the interpretation and implementation of Islamic rules.

The conclusions drawn from the literature review have been discussed with members of both networks over a period of three months. These interviews were conducted during group meetings of the communities, events organized by local designers as well as praying and discussion circles in several mosques in Bandung. The sample does not only encompass members of HC and IPBM, but also a wide range of interviewees who the author met during these events. These include politicians, social activists, athletes, housewives, freelancers and entrepreneurs. The aim was to get a comprehensive overview about how the Islamic fashion industry manages to translate this negotiation process between modernity and Islam into visual artefacts.

The Rise and Fall of Human Rights: Cynicism and Politics in Occupied Palestine...