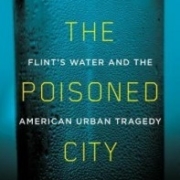 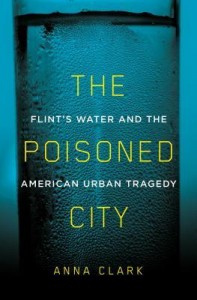 The first full account of the Flint, Michigan, water scandal, an American tragedy, with new details, from Anna Clark, theaward-winning Michigan journalist who has covered the story from its beginnings

When the people of Flint, Michigan, turned on their faucets in April 2014, the water pouring out was poisoned with lead and other toxins. Through a series of disastrous decisions, the state government had switched the city’s water to a source that corroded Flint’s aging lead pipes. Complaints about the foul-smelling water were dismissed: the residents of Flint—a largely poor African American city of about 100,000 people—were not seen as credible, even in matters of their own lives.

It took 18 months of activism and a band of dogged outsiders to force the state to admit that the water was poisonous. But this was only after 12 people died and Flint’s children suffered irreparable harm. The long battle for accountability and a humane response to this man-made disaster have only just begun.

In the first full-length account of this epic failure, The Poisoned City recounts the gripping story of Flint’s poisoned water through the people who caused it, suffered from it, and exposed it. It is a chronicle of one town, but could also be about any American city, all made precarious by the neglect of infrastructure and the erosion of democratic decision-making. Cities like Flint are set up to fail—and for the people who live and work in them, the consequences may be mortal.

Indianapolis: The True Story of the Worst Sea Disaster in U.S. Naval History...

The Death of Truth: Notes on Falsehood in the Age of Trump by Michiko Kakut...
Scroll to top