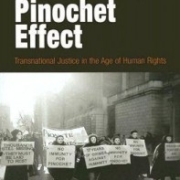 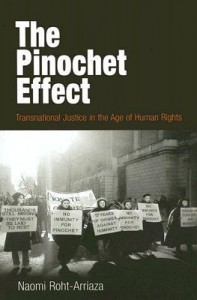 The 1998 arrest of General Augusto Pinochet in London and subsequent extradition proceedings sent an electrifying wave through the international community. This legal precedent for bringing a former head of state to trial outside his home country signaled that neither the immunity of a former head of state nor legal amnesties at home could shield participants in the crimes of military governments. It also allowed victims of torture and crimes against humanity to hope that their tormentors might be brought to justice. In this meticulously researched volume, Naomi Roht-Arriaza examines the implications of the litigation against members of the Chilean and Argentine military governments and traces their effects through similar cases in Latin American and Europe.

Roht-Arriaza discusses the difficulties in bringing violators of human rights to justice at home, and considers the role of transitional justice in transnational prosecutions and investigations in the national courts of countries other than those where the crimes took place. She traces the roots of the landmark Pinochet case and follows its development and those of related cases, through Spain, the United Kingdom, elsewhere in Europe, and then through Chile, Argentina, Mexico, and the United States. She situates these transnational cases within the context of an emergent International Criminal Court, as well as the effectiveness of international law and of the lawyers, judges, and activists working together across continents to make a new legal paradigm a reality. Interviews and observations help to contextualize and dramatize these compelling cases.

These cases have tremendous ramifications for the prospect of universal jurisdiction and will continue to resonate for years to come. Roht-Arriaza’s deft navigation of these complicated legal proceedings elucidates the paradigm shift underlying this prosecution as well as the traction gained by advocacy networks promoting universal jurisdiction in recent decades.

Rights in Rebellion: Indigenous Struggle and Human Rights in Chiapas by Shannon...

The Slave Trade and the Origins of International Human Rights Law by Jenny S....
Scroll to top