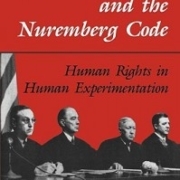 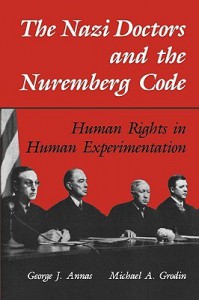 The atrocities committed by Nazi physicians and researchers during World War II prompted the development of the Nuremberg Code to define the ethics of modern medical experimentation utilizing human subjects. Since its enunciation, the Code has been viewed as one of the cornerstones of modern bioethical thought. The sources and ramifications of this important document are thoroughly discussed in this book by a distinguished roster of contemporary professionals from the fields of history, philosophy, medicine, and law. Contributors also include the chief prosecutor of the Nuremberg Military Tribunal and a moving account by a survivor of the Mengele Twin Experiments. The book sheds light on keenly debated issues of both science and jurisprudence, including the ethics of human experimentation; the doctrine of informed consent; and the Code’s impact on today’s international human rights agenda. The historical setting of the Code’s creation, some modern parallels, and the current attitude of German physicians toward the crimes of the Nazi era, are discussed in early chapters. The book progresses to a powerful account of the Doctors’ Trial at Nuremberg, its resulting verdict, and the Code’s development. The Code’s contemporary influence on both American and international law is examined in its historical context and discussed in terms of its universality: are the foundational ethics of the Code as valid today as when it was originally penned? The editors conclude with a chapter on foreseeable future developments and a proposal for an international covenant on human experimentation enforced by an international court. A major work in medical law and ethics, this volume provides stimulating, provocative reading for physicians, legal professionals, bioethicists, historians, biomedical researchers, and concerned laypersons.

Islam and the Challenge of Human Rights by Abdulaziz Sachedina

Blood Stains – A Child of Africa Reclaims Her Human Rights by Khady, ...
Scroll to top