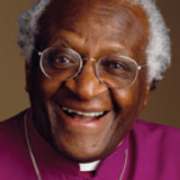 This is the first time an opinion piece has gone out to our community, but this one’s historic.

Archbishop Desmond Tutu has just published a powerful call to conscience in an Israeli newspaper. In it, the Nobel Laureate and anti-apartheid legend stands with 1.7 million of us in calling on companies to boycott and divest from the Israeli occupation and repression of Palestine. His love shines through, as he urges Israelis (87% of whom supported the Gaza bombing) to liberate *themselves* from this terrible status quo. It’s a must-read:

His Op-Ed is here (free registration may be needed, or try this other link).

The piece is exclusively published in an Israeli newspaper, but it’s a powerful legitimizer of what some governments still see as a controversial position, and the rest of the world needs to see it. The only way that will happen is through people sharing it. Let’s share it with everyone!

This campaign is gathering real pace. Russell Brand has recorded this video backing our campaign, and the companies we’re targeting are starting to reach out to the Avaaz team and ask for meetings. Avaazers in the UK are campaigning to end arms sales to Israel as the government there initiates a review. And shockingly, even the US government cancelled a shipment of hellfire missiles to Israel!

The pressure is working – so let’s keep it up! If you haven’t yet, sign the petition here. Or click here to keep sending messages to our target companies. Let’s make sure they don’t think they can ride this out. And if you have a local campaign you could start to ensure that your town, or university, or community divests from the repression of Palestinians, start your own campaign here.

It’s a tremendous thing for us to once again stand alongside Archbishop Tutu – one of our truly great non-violent leaders. Because in a world torn apart by extremists who successfully demonise the ‘other’, non-violent strength is transformative – the strength to be firm, even tough, in standing up for justice, but out of a love for all people that refuses to fall victim to the fear and ignorance that is our universal enemy. A love that recognises that all our fates, and freedom, are intertwined. That’s the precious spirit that our greatest leaders, from Gandhi to Tutu, have taught us, and that our community strives to live up to with each and every campaign.

PS – This campaign is about creating the conditions for a lasting peace between Israel and Palestine, and safe homes for Jews and Palestinians alike. Both anti-semitism and racism against Palestinians, like all hatred, are grotesque and should be fought. At the end of day, it is extremists on both sides that work together to threaten a peaceful future, and our work is to bring reasonable people together from all sides to take the action needed to save both Israel and Palestine. If anyone feels this campaign is one-sided, please check the Avaaz team’s response and explanation here.