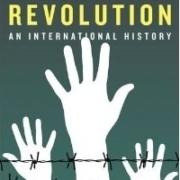 Between the Second World War and the early 1970s, political leaders, activists, citizens, protestors. and freedom fighters triggered a human rights revolution in world affairs. Stimulated particularly by the horrors of the crimes against humanity in the 1940s, the human rights revolution grew rapidly to subsume claims from minorities, women, the politically oppressed, and marginal communities across the globe. The human rights revolution began with a disarmingly simple idea: that every individual, whatever his or her nationality, political beliefs, or ethnic and religious heritage, possesses an inviolable right to be treated with dignity. From this basic claim grew many more, and ever since, the cascading effect of these initial rights claims has dramatically shaped world history down to our own times.
The contributors to this volume look at the wave of human rights legislation emerging out of World War II, including the UN Declaration of Human Rights, the Nuremberg trial, and the Geneva Conventions, and the expansion of human rights activity in the 1970s and beyond, including the anti-torture campaigns of Amnesty International, human rights politics in Indonesia and East Timor, the emergence of a human rights agenda among international scientists, and the global campaign female genital mutilation. The book concludes with a look at the UN Declaration at its 60th anniversary. Bringing together renowned senior scholars with a new generation of international historians, these essays set an ambitious agenda for the history of human rights.