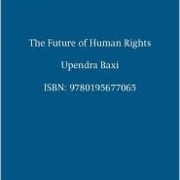 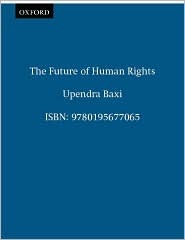 This monograph critically examines the contemporary discourses on the nature of ‘human rights’, their histories, the myths that are embedded in them, and contributes an alternative reading of those histories by placing the concerns and interests of the ‘people in struggle and communities of resistance’ at centre stage. It examines the cold reality that despite the last century being justly described as the century of human rights, the ‘rightless and suffering peoples’ still remain; it analyzes the gulf between the actuality and possibilities for the future. It analyzes the significance of the UN and the Universal Declaration of Human Rights and goes on to study the more contemporary issues such as women’s struggle to feminize the understanding and practice of human rights, the post-modernist critique of the universal idiom of human rights and, most pertinently for the current world scene, it analyzes the impact of globalization on the human rights movement. The new edition includes a discussion of the proposed United Nations norms regarding the human rights responsiblities of multinational corporations and other business entities.