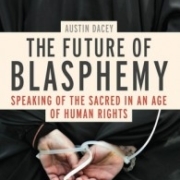 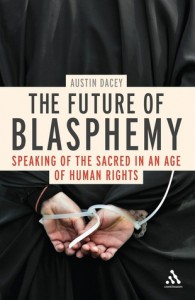 In the days of Moses, blasphemy was the mortal offence of failing to respect the divine. In an age of human rights, blasphemy is understood as a failure to respect persons, as insult, defamation, or “advocacy of religious hatred.” The criminalisation of this personal blasphemy has been advanced at the United Nations and upheld by the European Court of Human Rights, which has asserted a universal “right to respect for religious feelings.”

The Future of Blasphemy turns respect on its head. Respect demands that we grant each other equal standing in the moral community, not that we never offend. Politically, respect for citizens requires a public discourse that is open to all viewpoints. Going beyond the question of free speech versus religion, The Future of Blasphemy defends an ethical model of blasphemy. Controversies surrounding sacrilege are contests over what counts as sacred, disagreements about what has central, inviolable, and incommensurable value. In such public contestation of the sacred, each of usâ€”secular and religious alikeâ€”has equal right to speak on its behalf.

The History of Human Rights: From Ancient Times to the Globalization Era by...

In Search of A Better World: A Human Rights Odyssey by Payam Akhavan
Scroll to top