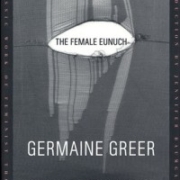 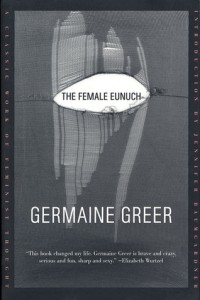 The clarion call to change that galvanized a generation.
When Germaine Greer’s The Female Eunuch was first published it created a shock wave of recognition in women, one that could be felt around the world. It went on to become an international bestseller, translated into more than twelve languages, and a landmark in the history of the women’s movement. Positing that sexual liberation is the key to women’s liberation, Greer looks at the inherent and unalterable biological differences between men and women as well as at the profound psychological differences that result from social conditioning. Drawing on history, literature, biology, and popular culture, Greer’s searing examination of women’s oppression is a vital, passionately argued social commentary that is both an important historical record of where we’ve been and a shockingly relevant treatise on what still remains to be achieved.