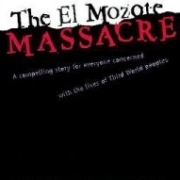 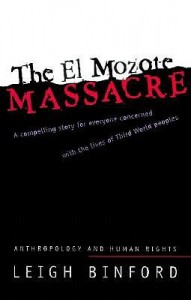 The 1981 slaughter of more than a thousand civilians around El Mozote, El Salvador, by the country’s U.S.-trained army was the largest massacre of the Salvadoran civil war. The story was covered—and soon forgotten—by the international news media. It was revived in 1993 only when the U.S. government was accused of covering up the incident.

Such reportage, argues anthropologist Leigh Binford, sustains the perception that the lives of Third World people are only newsworthy when some great tragedy strikes. He critiques the practices of journalists and human rights organizations for their dehumanizing studies of “subjects” and “victims.” Binford suggests that such accounts objectify the people involved through statistical analyses and bureaucratic body counts while the news media sensationalize the motives and personalities of the perpetrators.

In relating the story of this tragic event, Binford restores a sense of history and social identity to the fallen people of this Salvadoran village. Drawing on interviews he conducted with El Mozote-area residents, he offers a rich ethnographic and personal account of their lives prior to the tragedy. He provides an overview of the history and culture of the area and tells how such a massacre could have happened, why it was covered up, and why it could happen again.

The World Reimagined: Americans and Human Rights in the Twentieth Century by...
Scroll to top