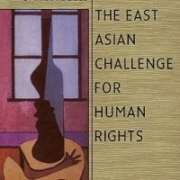 The “Asian values” argument within the international human rights debate holds that not all Asian states can be or should be expected to protect human rights to the same degree due to varying levels of economic, political, and legal development and to differing cultural views on the virtues and necessity of freedom. This position of “cultural relativism, ” often used by authoritarian governments in Asia to counter charges of human rights violations, has been dismissed by many Western and Asian human rights advocates as a weak excuse. The East Asian Challenge for Human Rights moves beyond the politicized rhetoric that has dogged this debate to identify the more persuasive contributions by East Asian intellectuals to the evolving international debate on human rights. The editors of this book argue that critical intellectuals in East Asia have begun to chart a middle ground between the extreme, uncompromising ends of this argument.

Human Rights after Hitler: The Lost History of Prosecuting Axis War Crimes by...
Scroll to top