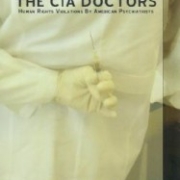 The C.I.A. Doctors provides proof based on 15,000 pages of documents obtained from the CIA through the Freedom of Information Act that there have been pervasive, systematic violations of human rights by American psychiatrists over the last 65 years. Author Dr. Colin Ross proves that the Manchurian Candidate superspy is fact, not fiction. Experiments conducted by psychiatrists to create amnesia, new identities, hypnotic access codes and new memories in the minds of experimental subjects are described from the doctors’ own publications. The C.I.A. Doctors proves extensive violations of human rights funded by the CIA and the military and conducted by American psychiatrists in North America, perpetrated not by a few renegade doctors, but by leading psychiatrists, psychologists, pharmacologists, neurosurgeons and medical schools.

Guantanamo: The War on Human Rights by David Rose