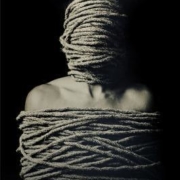 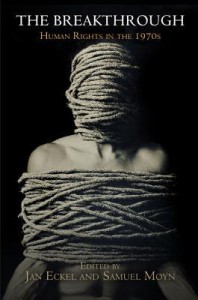 Between the 1960s and the 1980s, the human rights movement achieved unprecedented global prominence. Amnesty International attained striking visibility with its Campaign Against Torture; Soviet dissidents attracted a worldwide audience for their heroism in facing down a totalitarian state; the Helsinki Accords were signed, incorporating a “third basket” of human rights principles; and the Carter administration formally gave the United States a human rights policy.

The Breakthrough is the first collection to examine this decisive era as a whole, tracing key developments in both Western and non-Western engagement with human rights and placing new emphasis on the role of human rights in the international history of the past century. Bringing together original essays from some of the field’s leading scholars, this volume not only explores the transnational histories of international and nongovernmental human rights organizations but also analyzes the complex interplay between gender, sociology, and ideology in the making of human rights politics at the local level. Detailed case studies illuminate how a number of local movements–from the 1975 World Congress of Women in East Berlin, to antiapartheid activism in Britain, to protests in Latin America–affected international human rights discourse in the era as well as the ways these moments continue to influence current understanding of human rights history and advocacy. The global south–an area not usually treated as a scene of human rights politics–is also spotlighted in groundbreaking chapters on Biafran, South American, and Indonesian developments. In recovering the remarkable presence of global human rights talk and practice in the 1970s, The Breakthroughbrings this pivotal decade to the forefront of contemporary scholarly debate.

The Divided World: Human Rights and Its Violence by Randall Williams
Scroll to top