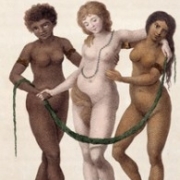 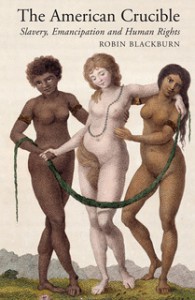 A landmark history of the rise, abolition, and legacy of slavery in the New World.
This book furnishes a panoramic view of slavery and emancipation in the Americas from the conquests and colonization of the sixteenth century to the ‘century of abolition’ that stretched from 1780 to 1888. Tracing the diverse responses of African captives, The American Crucible argues that while slave rebels and abolitionists made real gains, they also suffered cruel setbacks and disappointments, leading to a momentous radicalization of the discourse of human rights.

In it, Robin Blackburn explains the emergence of ferocious systems of racial exploitation while rejecting the comforting myths that portray emancipation as somehow already inscribed in the institutions and ideas that allowed for, or even fostered, racial slavery in the first place, whether the logic of the market, the teachings of religion, or the spirit of nationalism. Rather, Blackburn stresses, American slavery was novel—and so too were the originality and achievement of the anti-slavery alliances which eventually destroyed it.

The Americas became the crucible for a succession of fateful experiments in colonization, silver mining, plantation agriculture, racial enslavement and emancipation. The exotic commodities produced by the slave plantations helped to transform Europe and North America, raising up empires and stimulating industrial revolution and ‘market revolution’ to bring about the pervasive commodification of polite society, work and everyday life in parts of Europe and North America. Fees, salaries and wages fostered consuming habits so that capitalism, based on free wage labor in the metropolis, became intimately dependent on racial slavery in the New World.

But by the late eighteenth century the Atlantic boom had sown far and wide the seeds of subversion, provoking colonial rebellion, slave conspiracy and popular revolt, the aspirations of a new black peasantry and ‘picaresque proletariat’, and the emergence of a revolutionary doctrine: the ‘rights of man’. The result was a radicalization of the principles of the Enlightenment, with the Haitian Revolution rescuing and reshaping the ideals memorably proclaimed by the American and French revolutions.

Blackburn charts the gradual emergence of an ability and willingness to see the human cost of the heedless consumerism and to challenge it. The anti-slavery idea, he argues, brought together diverse impulses—the ‘free air’ doctrine maintained by the common people of Europe, the critique of the philosophes and the urgency of slave resistance and black witness. The anti-slavery idea made gains thanks to a succession of historic upheavals. But the remaining slave systems—in the US South, Cuba and Brazi—were in many ways as strong as ever. They were only overturned thanks to the momentous clashes unleashed by the American Civil War, Cuba’s fight for independence and the terminal crisis of the Brazilian Empire.

Human Rights: An Introduction by Darren O’Byrne
Scroll to top