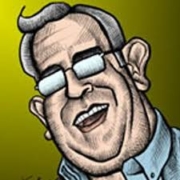 by Milena Rampoldi, ProMosaik. In the following my interview with Steve Amsel of the portal Desert Peace, a Jew fighting for peace and against militarism and colonialism in Israel. As for us at ProMosaik also for Steve Anti-Zionism does never mean Anti-Semitism, but is the opposition to a colonialist mentality thinking that Jews have a supremacy right. For Steve, peace is a MUST BE, because there is no other option than a long-lasting peace for the region. 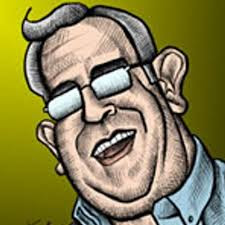 Milena Rampoldi: You say that peace can be done in Palestine. Which are the most important obstacles and which are the opportunities?
Steve Amsel: The obstacles are obvious, namely the Occupation of Palestine and the continuous expansion of the illegal settlements on the stolen land. This leads to terror from both sides which only hinders any chance for a true and just Peace in the near future. Terrorism must stop to make Peace a reality.
Milena Rampoldi: What is the general idea behind Desert Peace?
Steve Amsel: I started the Blog DesertPeace 11 years ago. The main idea was to show the world that Peace is possible. From my introduction to the blog: As can be seen by those associated with this Blog, it is my intention to give a platform to the voices of Palestinians and others involved in their noble cause to achieve Justice.
Since the Blog started, it has received over 10 million visitors, so obviously the message is spreading.
Milena Rampoldi: What do Zionism and Anti-Zionism mean to you as a Jew?
Steve Amsel: Zionism is like any other form of nationalism. It is an expression of superiority and only serves as a way to separate the Jewish people from the rest of humanity. Anti-Zionism must never be seen as anti-Semitism… it is NOT. It is merely another expression stating that Jews are no better than anyone else!
Milena Rampoldi: I am convinced that the conflict between Palestinians and Israelis has nothing to do with religion or ethnicity, but is a colonialist war about land. What do you think about it?
Steve Amsel: As far as religion goes, both Palestinians and Israelis are bound together by common ancestors. We are one family in every sense of the word. As you state, the conflict is a colonialist war about land.
Milena Rampoldi: How can we change Israeli society from inside and from outside?
Steve Amsel: From both sides it is important to support the BDS Movement. By isolating Israel and hurting their economy the will eventually be forced to change their policies.
Milena Rampoldi: How would you define and describe the actual Zionist State of Israel?
Steve Amsel: It is a state created by evil and supported financially by that same evil. This support, especially from the United States must end. When that happens, Zionism itself will slowly come to an end.
Milena Rampoldi: How did you thoughts develop in time about the Israeli regime?
Steve Amsel: When I lived in the United States I was for years involved in the Peace and Civil Rights Movements. My thoughts about the Israeli regime were a natural development of my ideas opposing to injustice and war. Peace is possible and WILL become a reality. There is no other alternative!