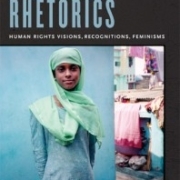 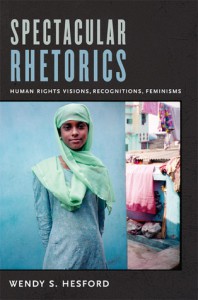 Spectacular Rhetorics is a rigorous analysis of the rhetorical frameworks and narratives that underlie human rights law, shape the process of cultural and legal recognition, and delimit public responses to violence and injustice. Integrating visual and textual criticism, Wendy S. Hesford scrutinizes “spectacular rhetoric,” the use of visual images and rhetoric to construct certain bodies, populations, and nations as victims and incorporate them into human rights discourses geared toward Westerners, chiefly Americans. Hesford presents a series of case studies critiquing the visual representations of human suffering in documentary films, photography, and theater. In each study, she analyzes works addressing a prominent contemporary human rights cause, such as torture and unlawful detention, ethnic genocide and rape as a means of warfare, migration and the trafficking of women and children, the global sex trade, and child labor. Through these studies, she demonstrates how spectacular rhetoric activates certain cultural and national narratives and social and political relations, consolidates identities through the politics of recognition, and configures material relations of power and difference to produce and, ultimately, to govern human rights subjects.

The Origins of Indigenism: Human Rights and the Politics of Identity by Ronald...
Scroll to top