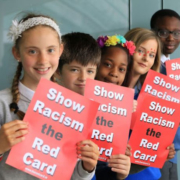 By Denise Nanni und Milena Rampoldi, ProMosaik. In the following our interview with Garrett of THE RED CARD, Ireland. His organisation struggles against racism as a dynamic and changing phenomenon. Awareness and education are the best ways to address any kind of racism. We have to SHOW RED CARD! Would like to thank Garrett for his time and important impulses. 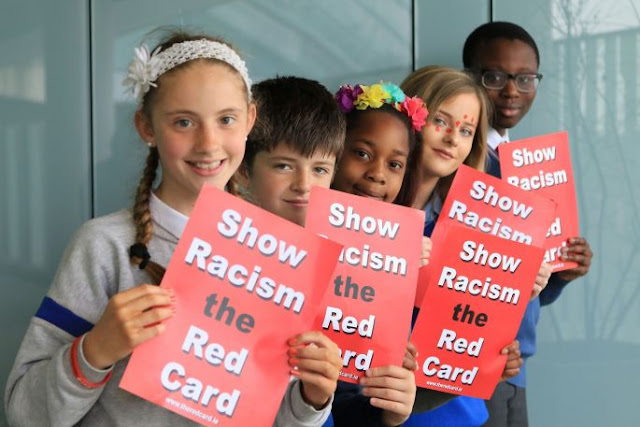 Which do you think are the main causes of racism?
The causes of racism are complex but racism should be seen as a phenomenom, not as something fixed.  It is a phenomenom, which is related to social conditions.  It comes in many different forms such as discrimination in the case of employment or bullying at school. Racism occurs at different levels and if not addressed at the lower levels, then it can become more serious.  Historically, we can see examples such as the holocaust, slavery and apartheid. However the holocaust happened in the 1940s but the conditions were created long before that in a culture of deep rooted anti-semitism where lower level racism and discrimination was tolerated and even encouraged.
In the 1920s, the Nazis built support from stereotypes and jokes about Jews and in the 1930s, when in government, they changed the laws to allow for discrimination and from this basis, discrimination became worse and ultimately culminated in the holocaust.
The causes of racism occur arising from the dehumanisation of other people and seeing people as being different and fundamentally less than ourselves.  Stereotyping and prejudice also tell us something about how racism happens where people make judgements before they have all the information and base it on inaccurate views for a group of people.  We all function to some degree with stereotypes and prejudice in our minds, but it is up to us to check those ideas before we make decisions on how to act.
What are the numbers related to racism harassment and attacks today in Ireland?
The numbers of incidents reported to a voluntary reporting monitor ENAR Ireland (European Network Against Racism Ireland) rose to 190 for the first six months in 2016. http://enarireland.org/wp-content/uploads/2016/12/iReport_1112_Final.pdf  The nature of these incidents range from verbal abuse and harrassment to physical assault and damage.  These are some of the examples reported:
“My friend’s children were subjected to verbal abuse and sprayed with bleach by the other neighbourhood kids”
“I was on my way to work when a man swung a folded newspaper at me hitting me and called me a ‘f….g black woman’. I was in shock.”
“Two young people aged about 14 and 15 went into a shop, they assaulted the shop assistant and wrecked the shop, throwing food and merchandise around the shop.”
“My next door neighbour came onto my property shouting that his partner was going to kill me, he was going to kill me, calling me a “foreign bastard” and a “dirty foreign bitch”.”
“A boy abused my 10 year old son and threatened to shoot him.” 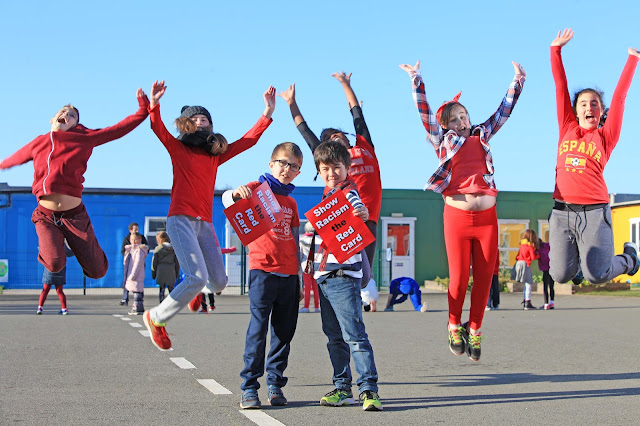 Did you witness a change in the trends in the last years? If yes, how did the situation change?
There has been a notable trend in the emergence of comments in online forums in response to articles in mainstream media.  If previously there was online racism, it was kept to within private social networks, now there is a stream of commentary which follows an article on a news website.
Can you explain what is institutional racism and how to address it?
It refers to the collective failure of an organisations to provide a service or product to people due to racism as a feature within the organisation.  It was defined as a term in the UK following the outcome of the Mac Pherson report into the investigation to the murder of Stephen Lawrence.  It found the police failed to act early and appropriately due to racist ideas within the force as to the ‘black’ people. The initial police focus was on ‘black gangs’, which was completely inappropriate.
The way to combat racism in institutions and within any organisation is education and awareness.
Do you cooperate with local authorities and institutions? If yes, how?
We havea  partnership with the Football Association of Ireland (FAI) to run Football Against Racism in Europe fortnight of action.  It is a UEFA supported initiative to promote the anti racism message in football.   In Ireland, it involves Show Racism the Red Card actions at 45 grassroots clubs with over 4,000 participating.  It also involves the FAI Development Officers deliver SRTRC workshops to 100 schools with 5,000 participating.
https://promosaik.org/wp-content/uploads/2017/02/11056.jpg 427 640 promosaik https://promosaik.org/wp-content/uploads/2020/02/Promosaik_brandwordmark.png promosaik2017-02-25 19:39:032017-02-25 19:39:03Show Racism the Red Card