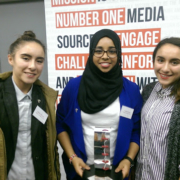 by Denise Nanni and Milena Rampoldi, ProMosaik. In the following another interview we conducted this week about racism and the way to struggle against it in Ireland. Before we talked to The Red Card, then to Ken of SARI, active in Ireland since 1997, the European Year Against Racism. For ProMosaik racism is one of the major obstacles of inclusion, tolerance, and social justice in European societies. Anti-racism is the solution to promote an inclusive society, accepting diversity. It is also very important that we learn from other countries and projects to improve our own struggle against racism and discrimination of all kind in our communities. 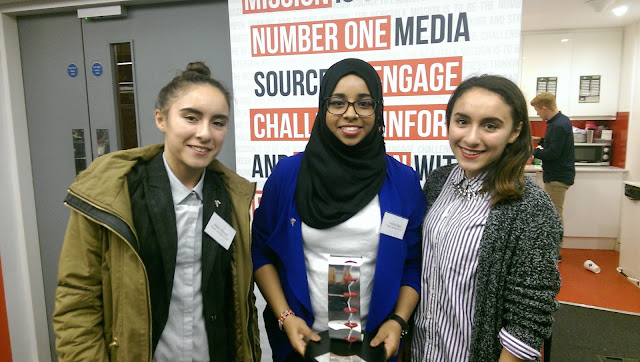 Amina and Iesha Moustafa and Fadhila Hajji of Hijabs and Hat Tricks with the global Beyond Sport award.

In which context was your organization founded?

SARI was founded in the context of the European Year Against Racism in 1997 and the high levels of the mental illness of xenophobia in the Irish Republic.
How has civil society been responsive to your initiative so far?
SARI is a volunteer driven social enterprise with high profile projects and programmes with over 80 volunteers.
We have built up considerable respect from civil society and we are always struggling to build up a critical mass to fight all forms of discrimination in our communities and in our country.
What are, according your experience,  the most effective strategies in order to promote tolerance and democratic values among different communities?
Sport is by far the best medium. There is very high participation in many Sports. The Gaelic Athletic Association (an Amateur body) has nearly a million members and is the biggest amateur team sports body in the world.
Our Socrates-Football for Democracy pilot programme (borrowed from Corinthians FC of Brazil) has proved to be a very effective tool to combat intolerance and promote democratic engagement. 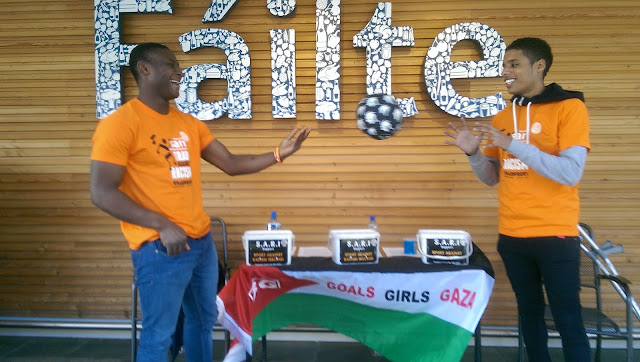 Do you use other means, apart from sport, in order to promote the intercultural dialogue?
Yes, all our programmes and projects are ‘people to people’ involving cultural integration and social inclusion.
The workshops for our youth leaders include modules on music, film and food modules.
Do you cooperate with any local authority or institution? If yes, how?
Yes, we sit on a community participation committee in Dublin City Council. We are research partners with the  Local Sports Partnership of Kerry County Council and Armagh, Banbridge and Craigavon Council in Northern Ireland.
Academic partners include Alpha College, Dublin, UNESCO Chair at Tralee Institute of Technology, FIFA Master at De Montfort University, Leicester, UK and ALBA, All Hallows College, Dublin. We are members of Anna Lindh Foundation, United for Intercultural Action, European Network Against Racism, The Council of Europe ‘No Hate’ Movement, Football Against Racism Europe (founder members) and streetfootballworld.
https://promosaik.org/wp-content/uploads/2017/02/11055.jpg 362 640 promosaik https://promosaik.org/wp-content/uploads/2020/02/Promosaik_brandwordmark.png promosaik2017-02-25 19:37:462017-02-25 19:37:46SARI Ireland