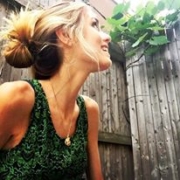 by Milena Rampoldi, ProMosaik. In the following my interview with the feminist Journalist Sarah Aziza. A couple of days ago, ProMosaik published her article about the important Twitter campaign Can you Hear Us Now.  I think that we need more feminist journalism, in particular to support Muslim women and to let her their voices. I would like to thank Sarah for her time and her challenging answers. 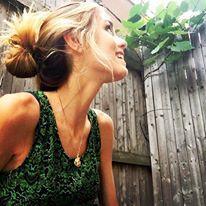 Milena Rampoldi: What does feminism mean to you?
Sarah Aziza: Feminism is about human rights–it’s a shame that we need to be explicit about the fact that women are humans who should be recognized as equally capable, deserving, and valuable as their male counterparts. However, so many elements in modern societies are structured on the premise of women’s inferiority. Thus, we need to work intentionally to shed light on these problematic beliefs and to remedy them with the truth: all human beings are equally precious and equally powerful.
MR: What do you think are the strengths of Muslim feminism?
SA: Islam carries some deeply imbedded principles of respect and dignity for all life. Drawing on the strengths that are already present in a culture can be a powerful way to bring change from the inside out, and I see many Muslim women using their faith to bring about positive paradigm shifts. Additionally, it’s important to remember that no two Muslim women are alike–like any other group or religion, the Muslim community is made up of unique individuals, and as each woman gets in touch with her own potential, she invigorates her society as a whole. 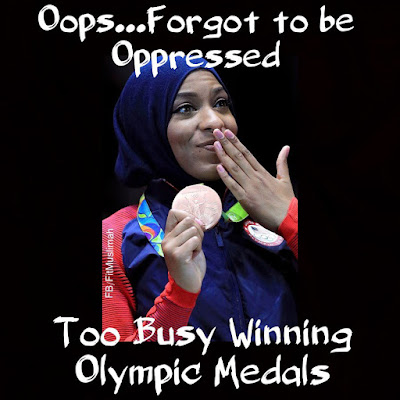 MR: How can Muslim feminism help to struggle against Islamophobia in Western societies?
SA: First of all, I’d like to say that it’s unfair to expect Muslims to have to answer for the acts of extremists such as ISIS. However, should Muslim feminists choose to address Islamophobia, they are in a unique position to provide a counter-narrative to the many ignorant or mistaken ideas that are circulating about Islam. One of the most pervasive myths about Islam is that all Muslim women are oppressed–simply by being their best selves, Muslim women will demonstrate this assumption is untrue.
Milena Rampoldi: How can Muslim feminism help to struggle for women’s rights in Muslim countries?
Sarah Aziza: Once again, I believe true and lasting change in societies need to begin within, so I’m hopeful that women in Muslim countries will feel increasingly empowered to speak up about their rights and to work for reform where reform is needed. While Western activists can offer important support to the feminist movement in these countries, outsiders should allow Muslim women to take the lead in changing their societies.
Milena Rampoldi: Which are the main matters you focus on in your work?
Sarah Aziza: I love to bring out stories that surprise people and challenge their assumptions about the “other.” Thus, I tend to write about groups or individuals who are in the minority in some way–i.e., immigrants, Muslims, or people of color. I also strive to highlight the stories of those who are struggling to make a change or who face injustice–this often includes the above categories, along with women, the economically disadvantaged, and the differently abled, among others.
Milena Rampoldi: Why is feminist journalism so important? How can it make this world a bit more female?

Sarah Aziza: The media is still a white, male-dominated world in the West. Often, women and other minorities are simply omitted from the narrative–and that in itself is dangerous. Conscientious journalists should be aware of and resistant to this “default” by deliberately seeking out narratives from these marginalized groups.

Tara Msiska: Journalism has the Potential to make a Huge Difference