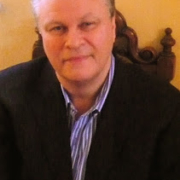 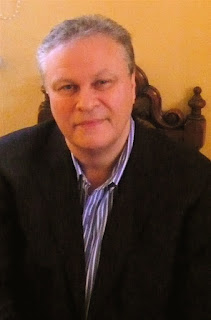 By Denise Nanni and Milena Rampoldi, ProMosaik. In the following our interview with Richard Martin, President and Founder of Children of Peace. The organisation struggles for children to be safed from criminality and terrorism in the Middle East, in particular in Palestine. Richard talked to us about the history of his organisation, about how to work for peace by challenging all kind of racism, discrimination of all monotheistic religions, by personal contact and dialogue. Dialogue is the magic word to promote peace. Richard told us: “Children of Peace is a UK based non-partisan, conflict resolution organisation, that aims to protect children and build friendship, trust and reconciliation between Israeli and Palestinian children, aged 4 -17 through arts, education, healthcare and sports projects and programmes, so that a future generation and their communities might live in peace, side-by-side.”

How do you identify the organizations you cooperate with?
When I founded Children of Peace in 2004, we sent a delegation from the UK to Israel and Palestine on a fact find. We discovered – to our incredulity – that there were over 50,000 NGOs in Israel & Palestine. This is a huge industry and since the early 1950s we estimate that 7 trillion dollars has reached the region from world organisations and donors.
Yet, despite all this funding, almost nothing has changed. Only six organisations actually made contact with each other. We wanted to change the culture and focus on dialogue – on making contact, of listening to each community’s narrative, respecting each other’s heritage and those things that we all share – a yearning to protect our children, to build a better life, to be in a safe and hopeful place.
That’s why we established the Coalition of Peace.
Essentially all groups – CBOs or NGOs – must apply to join us as affiliates or partners. Most groups approach us or are researched by our team. The application is scrutinised by our Compliance Committee to check the group’s track record and connections to protect the children and our work from criminal or terrorist fronts. If accepted, groups go through a monitoring process for two years before applying for funding.
Today, the Coalition of Peace is now the single, largest peace network across the Middle East with affiliates in Bahrain, Egypt, Gaza, Israel, Jordan, Lebanon, Oman, Turkey and the West Bank.
Since 2005 we have helped over 120,000 children in Israel and Palestine. 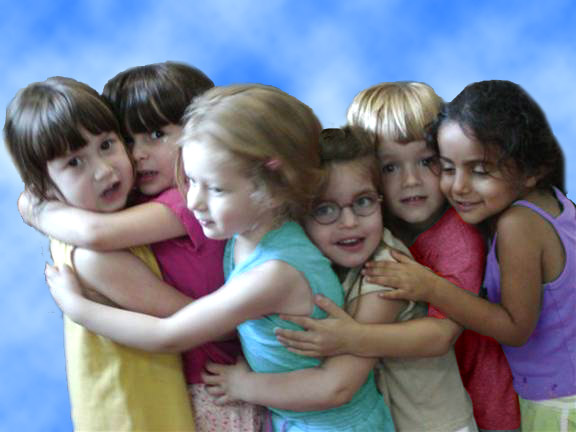 How has civil society been responsive so far?
Right from the get-go our position has been to welcome a diverse range of religious, secular and political supporters who shared our non-partisan position. As a conflict-resolution organisation we focus on reconciliation, simply refuse to take sides or bring our own agendas into the region. We take our cue from the communities themselves. We are proud of the support we receive from Christians, Jews and Muslims both in the region and worldwide.
Taking sides says more about you. It does not advance peace one jot.
As part of our backstory – although we are not a religious organisation nor have any connection with faith based groups – we challenge Christianophobia, Antisemitism and Islamophobia – now on the rise throughout Europe right now – often used as a cover to take sides in this conflict.
Across the region Children of Peace enjoys the respect of communities in Gaza, Israel and the West Bank. We are the go-to organisation if contacts need to be made. We act as a conduit or peace channel for groups or communities who wish to connect across the divide but cannot do so through direct means.
Our projects and programmes focus on alleviating poverty within disadvantaged communities, bringing children together from Israel and Palestine through the arts, sports, healthcare and education.
Every year – with Israeli affiliate Humans Without Borders – we help bring dozens of sick or disadvantaged Palestinian children and their families to the seaside in Israel from towns and villages in the West Bank. This is one of the cherished dreams of many landlocked West Bank children – just to see the sea.
We just funded the refurbishment of the Leir Peace Pre-School in Jerusalem where Christian, Jewish and Muslim children learn and play together. Through another affiliate Rabbis for Human Rights we have provided grants to assist the resource centre for the Negev Bedouin. In Gaza, we work with various groups funding clinics, hospitals and education facilities.
A few months ago, for example Celtic FC contacted us days before playing a match in Israel. As part of their commitment to diversity in soccer they wanted our help in linking them up with Israeli and Palestinian youth sports groups and within hours the Chairman of Celtic FC Foundation met up with three groups in Israel and Palestine in Jerusalem to gift them football kit and other resources.
None of this would be possible without the commitment of our extraordinary team at Children of Peace from the Board of Trustees to the Regional Representatives to the volunteers.
This trust is reflected by the support we receive from world leaders including Pope Francis, former US Vice President Biden, French President Hollande, the Palestinian Envoys to the UK and Washington and the last four British Prime Ministers including Theresa May. 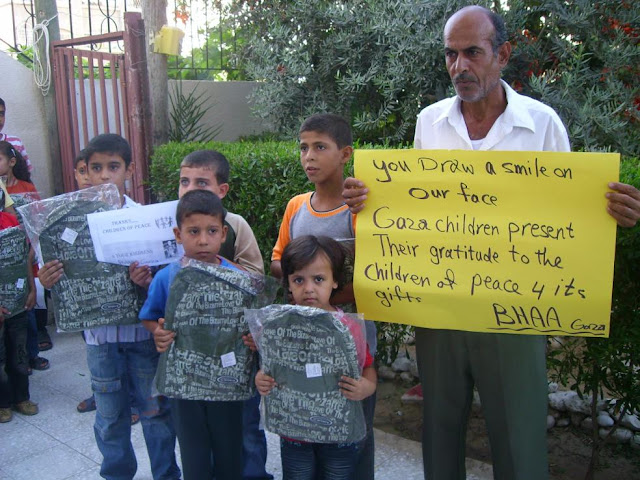 What are, according your experience, the most effective strategies in order to promote tolerance and democratic values among children?
It’s simple……contact, contact, contact. And dialogue. Meeting people face-to-face and developing a relationship with a real person from a “group” or “community” that you have been brought up to distrust or be suspicious of….changes everything.
I recall a magic moment when some young Palestinians who were staying here in the UK as our guests were busy texting their Jewish friends in Israel, following an incident….concerned for their safety.
Once you break bread together, everything changes. 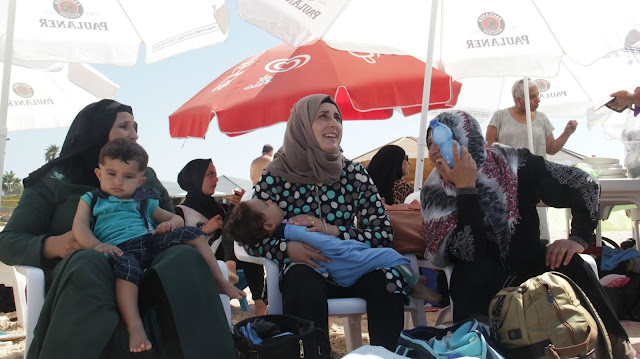 Can you tell me more about the researches on children health issues? What were their findings and conclusions?
Richard: In 2007, Israeli-Palestinian Kassim Baddarni and myself completed a huge research study on the impact of conflict and the presence of violence on Israeli and Palestinian children. We looked at the effects of stress and tension on the physical and mental health of children – on their educational attainment, on family life, on relationships, on their own sense of well-being and adjustment. It is too complex to spell out here but the findings confirm that children from all communities are seriously and adversely affected by the dire situation.
Israeli children have excellent healthcare but suffer from worrying levels of morbidity whilst Palestinian children have poorer healthcare – they have the highest levels of childhood diabetes, for instance – they too suffer from fear and anxiety. Too many children know of someone in their lives who has died or been injured or negatively affected by sudden and unexpected acts of violence.

Do you cooperate with any local authority or institution? If yes, how?
Children of Peace is a UK based non-partisan, conflict resolution organisation, that aims to protect children and build friendship, trust and reconciliation between Israeli and Palestinian children, aged 4 -17 through arts, education, healthcare and sports projects and programmes, so that a future generation and their communities might live in peace, side-by-side.
As an entirely independent organisation we will cooperate with local government or national governments to further our aims in helping the children, promoting tolerance and building a better place for the next generation.
Israeli and Palestinian supporters talk about the ‘Children of Peace family’. I like that.

Intercambios Argentina – for a constructive approach to drug issues