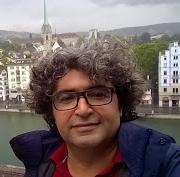 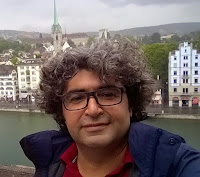 By Milena Rampoldi, ProMosaik. In the following my interview with Resul Geyik of the Artuklu University, who cooperated with ProMosaik in the fable project FABLES AGAINST RACISM. We decided to translate the fable into Kurmanji Kurdish because we firmly believe that only dialogue can contribute to a long-lasting peace between Turks and Kurds in Turkey. Would like to thank Resul for his answers.
Milena Rampoldi: I am convinced of the importance of multicultural dialogue in Turkey. As last part of the historical Ottoman Empire, Turkey is a multicultural country. What do you think about this as Kurdish citizen?
Resul Geyik: As known very well, the heritage of a country is not only the underground resources, which can be directly into money and material, the cultural heritage is of great significance, as well. During the Ottoman Empire many different cultures, languages and nations used to be represented without any problems at all levels of the society. Due to many reasons taking place all over the world and especially in the Middle East, a lot of things are going through negative things. Generally speaking, the establishment of peace and respect between different cultures will definitely take the societies and nations to a higher position. In four different parts of Turkey, one can easily see people believing in different religions and speaking different languages like Armenian, Arabic, Kurdish, Assyrian, Caucasian and so on. In order to be able to keep the balance between different nations, policies based on mutual respect and understanding will help people cope with the problems and give hope to the days to come in the near future.
Tell us about the history of Kurdish studies in Turkey.
The history of Kurdish studies officially is very new and can be resembled to a “fledging bird”. Some studies started in 2007-2008. Education of master studies without thesis started in 5 universities. Moreover, The Kurdish language class was given for 2 hours per week as elective courses in state schools. A few publishing houses and private courses or associations have been doing things related to Kurdish studies for about 20 to 30 years. But there is a lot way to go for a systematic and methodological approach in education and other walks of life.
Which are the most important matters you teach in this field of Kurdish studies?
The main things which are taught all over Turkey are, Kurdish grammar, orthography, literature and folklore. As can known very well, the Kurdish culture is one of the richest culture in oral tradition. Therefore, the classes tend to be based on oral culture and tradition. More studies on History, storytelling, linguistics, journalism are about to come by the new generation, however, in my opinion,  in language issues one should be very patient to be able to have fruitful results.
I am sure that books like the ones we are doing also in Kurmanji against racism can contribute to promote dialogue among children from a young age. What do you think about it?
I totally agree with you. Racism is may be the only concept should be taken away from children’s innocent life. When children play together, nothing matters to them, the colours, the religions, the regions where they are from is not matter, but in time, the schools, the families and the governments affect the way children think. All over the world, the governments educate the children through teachers, but it is a very sensitive issue that wrong educations always have an unwanted and negative results. The education should start from pre-school age, which is one of the most critical age period in terms of forming the identity. So, true approaches will have important results.
How important are bilingual books for Kurdish children who learn Kurdish before learning Turkish?
The bilingual books especially story books help children to develop the lexical competence and increase specific words for their imagination world. In all cultures, the education of preschool period is in line with the education to be given at elementary school. It is linguistically very important to read and broadcast bilingual books, cartoons or any audio-visual stuff, because when children start elementary schools, the education period will be easier and we will be able to see more confident students linguistically.
Why did you decide to participate to this project of ProMosaik Fables against racism?
Fables, stories, short stories and anecdotes always attract the attention of people not only the children the adults as well. And I believe that fables are important for the brotherhood among nations and languages. I regard it as adding one more stone to the Statue of Peace among nations and languages. That’s why it was important for me to participate in such a project.