by Milena Rampoldi, ProMosaik e.V. – An important interview with Dennis Redmond, Chief Strategy Officer at Queens Community House. I did the interview with him to explore new strategies of community building, and inclusion to work for a tolerant, open-minded, diversified, and peaceful society. I am convinced that social change will come, and it will come from diversified communities, who learn how to live together, how to solve conflicts, and how to consider the “other” as enrichment. To get more information about Queens Community House, visit the website of the organisation www.queenscommunityhouse.nyc.

Milena Rampoldi: Dennis, I think that two important concepts of your work should be explained to our readers from your point of view. They are community building and inclusion.

Dennis Redmond: Community-building, for me, is an ongoing, intentional process that stresses the inter-connectedness between individuals, families, and the community as a whole, focusing on building relationships and raising consciousness of the ‘web of mutual responsibility’ that unites us all. There are certain values inherent in this concept, and people either share those values — or not. If you have faith in individualism, if you choose to believe that your success in life is all your own and is not thanks to the efforts of others, then you’re likely to view community as an obstacle, as a weight.
My perspective is that building community is not easy, not always comfortable, but definitely advantageous in the long run. There’s not much one can do by oneself, and there’s no learning involved if there’s no conflict, no difference of opinion. From a practical perspective, we like to say “One can’t organize a community that doesn’t exist,” so community-building is a necessary pre-requisite to help people address their problems and injustices. It’s a means to securing power for people who feel increasingly powerless, and is part of nurturing a truly democratic society.
If you believe in the value of community, then it’s incoherent to think about excluding anyone. In the past, communities may have been formed as a way of protecting a particular group of people (ethnic, religious, etc.) from their enemies, or to gain power for some by excluding others, but this type of model won’t work for much longer. It’s antiquated.

MR: What are the main aims of your organisation?
DR: We were founded as a settlement house, which means we view social services as a way of reinforcing the purpose of “community” – to provide for those in need, to give access to other points-of-view and experiences, to organize for common rights and aspirations, to create space for reciprocity. Our programs offer our neighbors a needed support system at every stage of life, helping them to develop the knowledge, confidence and skills to improve their lives and become engaged, “giving” members of their community.  We bring people together — around the need for park spaces, educational opportunities, care for an elderly parent, neighborhood safety, etc.  Through our youth centers, friendships are formed and biases overcome. In our English classes, immigrants connect over common experiences that transcend culture. Members in our traditional senior centers and our center for gay older adults learn that their concerns are similar, regardless of sexual orientation. Through these interactions our neighbors overcome their isolation and develop a sense of belonging.
MR: Queens has the largest, fastest-growing and most culturally and ethnically diverse older adult population in New York City. Which are the most important principles you apply to achieve intercultural and interethnical empathy and dialogue?
DR: Queens is considered the most ethnically diverse area, per capita, in the world. 48% of the 2.3 million people who live here were born in another country, and more than 135 languages spoken. The neighborhood I live in, for example, has large populations of Koreans, Colombians, Bangladeshis, Irish, Turks, Nepalis, Mexicans… It is the “great experiment,” an example of what is already happening and will continue to happen in urban centers all around the world. What amazes me is how well it is working! Not to say that there isn’t tension, or that discrimination doesn’t exist here. It does. But there is a remarkable intermingling, and a growing acceptance of difference. Most people who come to Queens to live want to make a better life for themselves and for their families, and this is something everyone can relate to.
The best way we have found to promote cross-cultural dialogue is by being humanist, that is, by underlining the value of every human life. When people recognize the common things that connect us as human beings, and give importance to that, then the cultural differences between us become less important — but also sometimes more interesting. It is easiest to see this through food, but it happens in other ways as well. We do an exercise with people where we ask them to list the most positive aspects of their culture, the values or characteristics that they want to preserve. Then we ask them to make a list of the aspects of their culture that they don’t like or that no longer serve a purpose. Then they share their lists with each other. It’s a very liberating experience! Culture is not monolithic but dynamic, and when people begin to see that they can adopt positive forms from other cultures without abandoning what is most important from their own, it relaxes them and opens up dialogue. 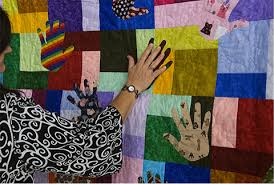 MR: What are the most important challenges you face with children?
DR: As working parents spend more and more of their time and energy in keeping their family housed, fed, and safe, children have less support at home and so need more from neighborhood programs such as ours. Immigrant families especially have a lot of stressors, trying to adapt to and understand the new environment they are in. All children need to know that people believe in them and in their possibilities, and the more adults giving them this message the better.
MR: Why is it important to work with older adults as well?
DR: The older adult population can be very vulnerable. Many have lived in their community for all for their adult lives, but now their children have moved away and their circle of friends has shrunk due to re-location or death. So isolation and loneliness is a big issue. Most are on limited incomes, and as rents and other prices rise, they have a harder time caring for themselves. And people crave learning and meaningful activities all throughout life, yet once people leaving the workforce we often stop thinking about their intellectual and social needs.
MR: Which are the most important problems of migrants in your community?
DR: As I mentioned earlier, it is difficult for immigrant families to adjust to life in New York. The pace here is very fast and it can be psychologically oppressive. You are learning a new language, trying to understand new social codes and ways of interacting, and you don’t necessarily have older friend or family members to show you the ropes. For immigrants without documentation it is even harder, as many of them or under-paid at their jobs and exploited. And unfortunately there is still racial and religious discrimination to deal with. 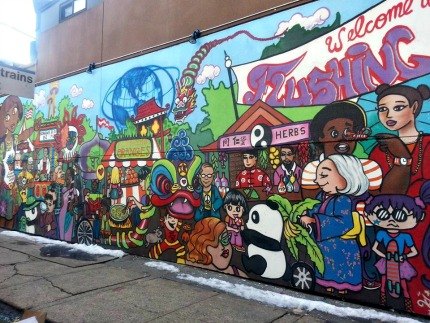 MR: If you have to make a balance: what have you reached until now and which are the objectives in your near future?
DR: These are exciting times, but scary ones, as well. Money has been given such importance in our society, and now it is being concentrated in fewer and fewer hands. Violence of all types is being used to control and intimidate people. I believe something new has to arise, and I think we are in the process of seeing glimpses of what that will be. There’s a new sensibility people are connecting to, a new way of prioritizing what is most important to them. But the old forms still drag us down, we are frightened to leave them behind even though they no longer work. Many “accomplishments” achieved for the well-being of people, built over years, can disappear overnight, leaving a feeling that maybe the work was for nothing. So we have to work in 2 ways, with one eye looking at what is needed by people right now and the other eye looking forward, trying to grasp the longer view and working towards what is ultimately best for the human being in her ongoing evolution. This is hard to do, but we’re getting better at it. 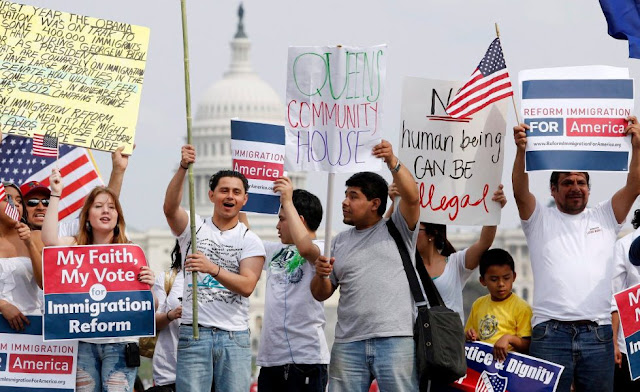