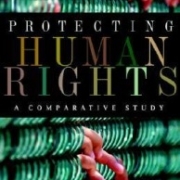 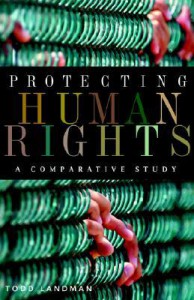 Ours has been called a global “age of rights,” an era in which respect for human rights is considered the highest aspiration of the international democratic community. Since the United Nation’s 1948 Universal Declaration of Human Rights, a wide variety of protections–civil, political, economic, social, and cultural–have been given legal validation as countries ratify treaties, participate in intergovernmental organizations, and establish human rights tribunals and truth and reconciliation commissions.

Yet notable human rights failures have marred the post-Declaration era, including ongoing state violence toward citizens, the selectivity of humanitarian intervention (evidenced by the international community’s failure to respond in Rwanda), and recent legislation in advanced democracies that trades some rights for protection against the threat of terrorism. How are we to reconcile the language of rights with the reality? Do we live in an age of rights after all?

In Protecting Human Rights, Todd Landman provides a unique quantitative analysis of the marked gap between the principle and practice of human rights. Applying theories and methods from the fields of international law, international relations, and comparative politics, Landman examines data from 193 countries over 25 years (1976-2000) to assess the growth of the international human rights regime, the effect of law on actual protection, and global variation in human rights norms.

Landman contends that human rights foreign policy remains based more on geo-strategic interest than moral internationalism. He argues that the influence human rights ideals have begun to have on states cannot be separated from the broader impact of socioeconomic changes that swept the globe in the late twentieth century. Landman concludes that international law alone will not suffice to fully protect human rights–it must be accompanied by democratic government, effective conflict resolution, and just economic systems.

The Rights of God: Islam, Human Rights, and Comparative Ethics by Irene Oh