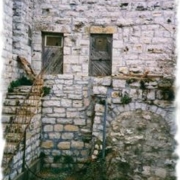 happy to publish this nice and precious interview of the editorial team of ProMosaik e.V. with Dan McGowan of Righteous Jews. We are convinced that Dan is showing us a challenging path… but we have to move into this direction. There is no freedom and no peace without justice. And there is no justice without asking Palestinians to forgive Jews for their crimes.

Who are the righteous Jews?

This is the very easy and deep definition of what a righteous Jew is (source: www.righteousjews.org)

To be considered and selected, a “Righteous Jew” must

1.- Consider himself or herself to be Jewish. He or she does not have to be religious. Non-practicing Jews and even atheists can be considered.
2.- Have demonstrated solidarity with Palestinians as human beings, deserving of being treated equally with all other people in the lands between the Mediterranean Sea and the Jordan River, one country with equal citizenship for all.
3.- Have faced disparagement, discrimination, or even death as a consequence of his or her standing up for the rights of Palestinians.

It is not important why a “Righteous Jew” has defended Palestinian rights or whether his or her actions were based on friendship, altruism, religious belief, humanitarianism, or simple human decency. Candidates may be considered posthumously.

Please share this important interview with your friends  and send us your comments to info@promosaik.com

Please do not send offending comments, do not insult us, and respect our rules of reciprocal dignity and empathy.

ProMosaik e.V.: How do you think the Jewish State should be ended?
Dan McGowan:
Over half the population within the borders controlled by Israel is not Jewish. So after more than 130 years we still do not have a Jewish state. We have a state controlled by Jews, with a Jewish name, and a Jewish flag, and with laws that preference Jews over non-Jews, but for me that does not make historical Palestine a Jewish state.
It will “end” when Jews, Righteous Jews, endorse the humanistic philosophy of one state with equal rights of citizenship for all.  It will end when Jews relinquish Jewish supremacism and Jewish chauvinism that has oppressed non-Jews in historical Palestine for the past seven decades.
ProMosaik e.V.: What are the most important points of opposition between authentic Judaism and Jewishness and Zionism and the State of Israel?
Dan McGowan: This is a question best left for Gilad Atzmon or Paul Eisen.
Paul Eisen:
Of course Judaism, Jewishness and Zionism are exactly not the same thing, if they were, they would all be called the same thing – but neither are they all that different either.
Judaism is a religion and that’s fine. But it’s a huge mistake to see it as a religion like Islam or Christianity. These are universal religions that claim to have a message for all humankind. Judaism is a tribal religion – and it is this tribal identity, not any belief, that guarantees the Jew his or her ‘specialness’.
Jewishness  is more of an ethnicity which, though it may have many connections to Judaism, is often secular – and fiercely so. Just look at all those godless Jews, Marxists and Zionists who pursue their Jewish ethnic aims while rejecting any notion of God or religion. They are not practitioners of Judaism but they sure are Jews.
Zionism is supposed to be a political ideology connected to the establishment of Jews as a people with a homeland in Palestine. But it’s much, much more than that. firstly, the notions of Zionism, with all its ideas of redemption and return come from deep within Jewish identity and history. To my mind, Zionism is just one form of Jewish supremacism, the other great secular form is Marxism. These two don’t get on but non-Jews should be very careful of thinking that anti-Zionist Jews are against Jewish supremacism. No, their anti-Zionism is very real but the conflict is a family quarrel – both sides are Jewish supremacists and are arguing over who is to lead the way.
It seems to me that there is one thing that binds all Jews and that is a notion of specialness of both history and of purpose. thus the religious Jew believes he/she is special with a special mission to be ‘a light unto the nations’ and to bring about some kind of messianic age. the Marxist Jew also thinks he/she is special with a mission to bring all humankind to some kind of socialist utopia. Then there are all those Jews – feminists, gay activists, human rights activists who seem to know what is best for everyone.
The confusion surrounding Jewish identity is very real but it is also used hugely by Jews to confound non-Jews and to better able Jews to achieve their ethnic aims. Hitler called Jews a ‘race of the mind’ and I think he had it about right.
ProMosaik e.V.: How can Jews fight the propaganda machinery of Likud?
Dan McGowan: How could Germans fight the propaganda of Joseph Goebbels?   How do Americans fight our own propaganda, e.g., “We do not use torture?”
ProMosaik e.V.: Why do you think Neturei Karta is wrong?
Dan McGowan: Religious fanatics and “true believers” are never wrong, at least in their own minds.
ProMosaik e.V.: What does Deir Yassin represent for you?
Dan McGowan: It is emblematic of the dispossession of Palestinians in 1948. And the fact that it lies within site of Yad Vashem and is totally ignored in Israel and in the US means that the lesson of “Never Again” only applies to Jewish suffering. 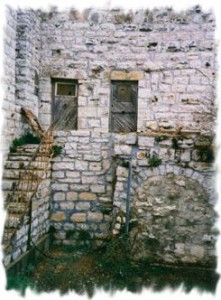 ProMosaik e.V.: What do you want to say to the Germans about the Holocaust abuse of the Zionist state?
Dan McGowan: It is time for Germans to be able to examine their own history and their own suffering and not through the politically-motivated distortions of Zionists.
ProMosaik e.V.: Do you think Hertzl himself would dismantle this NO-JEWISH and unjust state of Israel if he visited it today?
Dan McGowan: Herzl was a true believer; I doubt he would change his mind.
ProMosaik e.V.: Do you agree that Israel is an apartheid state?
Dan McGowan: Well Nelson Mandela, Desmond Tutu, and Jimmy Carter said it is and of course, it fits the definition of apartheid.
ProMosaik e.V.: What do you want to say as Jew to the population in Gaza and to the children of Gaza?
Dan McGowan: Most people do not consider me to be a Jew, since my mother was not Jewish.  But as a “wannabe” Jew I think it is time for us to beg Palestinian forgiveness and to help them to live with us in peace as equals.
ProMosaik e.V.: Do you think that the settlement politics of Israel today is comparable with a colonialist and/or imperialist ideology?
Dan McGowan: No, most colonial enterprises exploited the native populations. Israel want to transfer the native, non-Jewish population, not unlike Hitler wanting to transfer all Jews to the east and then to Madagaskar.
https://promosaik.org/wp-content/uploads/2014/09/deir-yassin.jpg 332 245 promosaik https://promosaik.org/wp-content/uploads/2020/02/Promosaik_brandwordmark.png promosaik2014-09-25 06:37:352014-09-25 06:37:35ProMosaik e.V. interviews Dan McGowan of Righteous Jews
0 replies