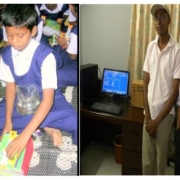 By Denise Nanni and Milena Rampoldi, ProMosaik. In the following our interview with Praneeth, the President of the Indian association Ray of Hope which pursues the goal to support the poorest of the poor to raise them to a self sustainable level of life. Would like to thank Praneeth for his detailed answers and photos. 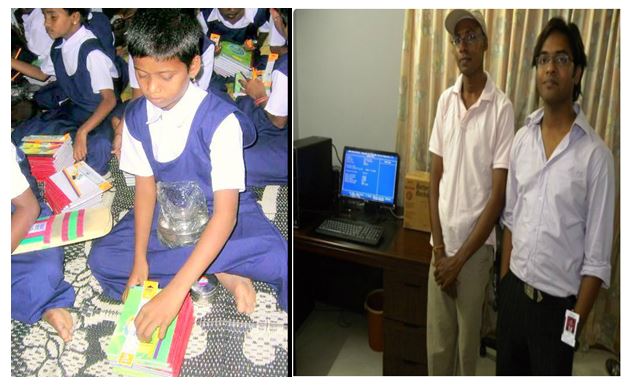 How was your organization Ray of Hope founded and what are your main areas of intervention?
Ray of Hope is not just an organization, it’s a feeling … a feeling of love and compassion towards our fellow human beings and to uplift the community.
It all started a few months after we graduated as engineers back in 2005. My mother MRMV Nurjehan was the Director of women and child welfare in Hyderabad.
She asked me to do something good for a few orphaned girls at a Home called “Shishu Vihar”. Kids there needed blankets, and I decided to first visit the home. My intention was to use my pocket money to purchase a few blankets, but then I saw there were over 300 orphaned girls and the 30 old women at the Home. I felt it was unfair for them to brave the cold and wanted to do something for everyone.
I approached a few close friends who were my school andengineering classmates. We began our attempts by persuading and encouraging people around us to contribute. We contacted many of our old friends and classmates from school and college, including those who moved to the US to pursue their Masters. The response was huge. They were all quite enthusiastic and not only donated but also raised funds from others as well. This was our experience of creating and using social media before it became a global phenomenon.
We also went door-to-door spreading the word. We were quite surprised to see the number of people who were willing to contribute, be it cash or kind. The fact that they were donating showed us that humanity still existed among most of us. There were two unexpected surprises in this process: first of which was from one of our friends Naresh agarwal who was in the US for his M.S, who donated a substantial amount. This was a great contribution as he wasn’t employed and was struggling financially, but still contributed. The second was from a fruit vendor, who whole heartedly donated Rs.500/- of his hard earned money.
This was the turning point for us as this showed the kind of trust that people had in us and also that almost everyone is interested in reaching out to fellow human beings in need. They just needed a medium which they could trust their resources with.
Our initial plan was only to collect funds that would suffice to buy blankets and mattresses for residents at the Home. But because the amount of publicity it had generated, the contributions were surprising. By the end of the campaign, they were at least 10 times more than what we originally set out for. So we used this opportunity to also purchase new clothes, play equipment, lots of books and book shelves for the children, and a Television Set for the old women there.
After this, we spent the evening at Shishu Vihar and left with loads of exuberance and a sense of increased responsibility. Because we were all heading off to our planned careers, our initial plan was a short term contribution to society. However, our experience changed it all.
We e-mailed the event photographs to everyone who contributed and even to those who didn’t. We did this as we wanted to reinforce the trust that everyone had in us and contributed so generously, to show them how grateful we are because without them this wouldn’t have been possible. We also wanted them to feel the joy we felt when we visited the home.
Our Friends were mostly either in the US doing their MS or in India working for IT companies. They were so moved by the photographs that they spread the story everywhere, and thus through word-of-mouth, there were more contributions each day. We realized the power of the work we were doing and that our daily lives shouldn’t stop us from helping our fellow human beings, especially when there’s so much support even from people we don’t know. After through research on a few places which needed immediate help, we went on to invest the contributions in The Good Samaritan Home in Pocharam Village, Devnar Blind School (Begumpet, Hyderabad), Ashray Akruti (Little Angels School for the Hearing Impaired, Hyderabad), etc.
Our friends and their social circles were both thankful to us that we shared the photographs with him and also sorry that they didn’t contribute the first time around. This was so unexpected, and we realized how amazing it is that a small thought could lead to such great results.. Few weeks later, we decided to name our organization “Ray of Hope…” Time and again, the trust and faith that everyone had in us was reinforced.
We were in a bit of a dilemma as what should be done as I was leaving to IIT Kanpur for my further studies; when my father Pallepogu Jayanadha Rao, who is a State Project officer with SERP(Society for Eradicaton of Rural Poverty, Ministry of Rural Development) advised us to continue the good work, and so we opened a community for Ray Of Hope in Orkut, which was a popular social networking site, and received an incredible response.
Over the years, there’s been a variety of areas of intervention, such as water supply for a village, educating orphaned children, the physically impaired, improving living standards of anyone in need be it man or woman, young or old, disaster relief funds, to name a few.
To make the organization more sustainable, we’ve now ventured into T-shirts sports uniforms and memorabilia, food stalls at events such as exhibitions and corporate/college events, and conducting marathons, cricket and other sporting/fitness/health/wellness tournaments and  programs. 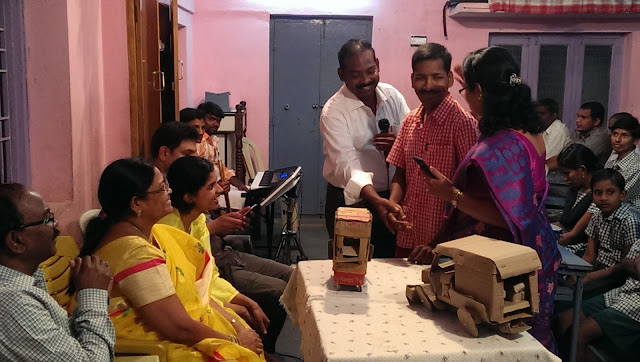 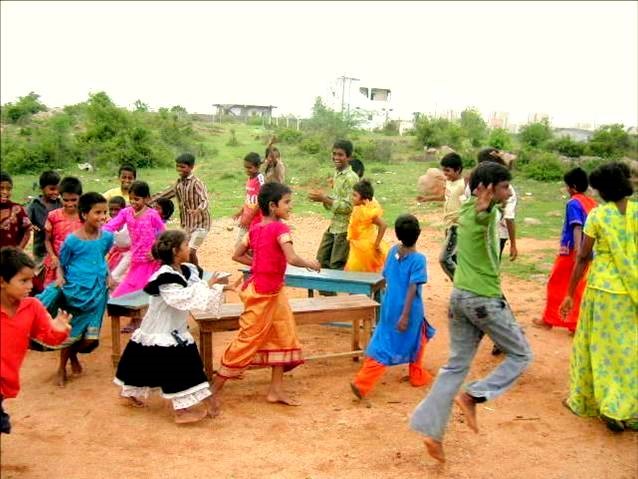 Do you cooperate with local authorities and institutions? If yes, how?
Yes, we do. Many of our family members work for the government, and we get to know a lot of details in regards to what kind of projects are being undertaken, where there’s a need and then determine how we can fulfill the needs to the best of our capacity. Like stated above, our network has grown over the years through word of mouth of our existing volunteers and donors. We’ve collaborated with multiple educational institutions over the years primarily through students and some of the faculty. These can be premier institutes such as the IITs and the IIMs and also local schools and colleges in different cities. We’re also working on hiring interns from across the country who will work on selective projects. One of their main responsibilities would be to contact as many corporate entities and propose collaboration with them as part of their CSR initiatives. We become the medium for them to channel their CSR activities. Again, we stress on health fitness and wellness through various mediums, such as sports to be included in the CSR activities. 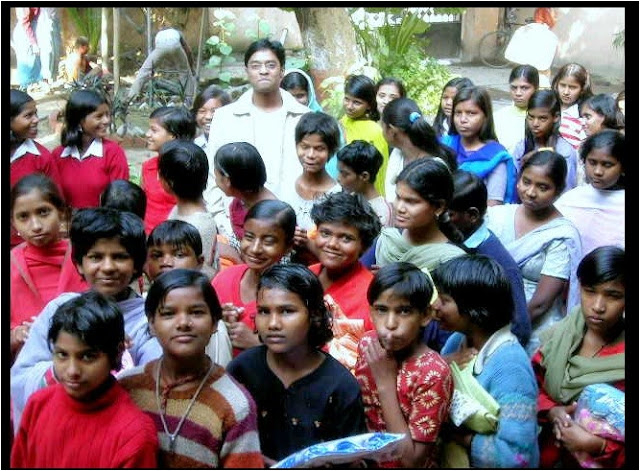