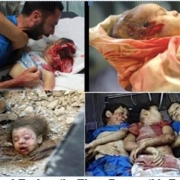 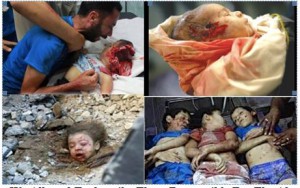 Are We Allowed To describe Those Responsible For The Above

The law regarding anti-Semitic behaviour in the UK

Anti-Semitic behaviour is defined as behaviour that is offensive to anybody who has Jewish heritage, and which threatens, abuses or insults such a person based on his or her Jewish nationality, race or religion. Clearly, such acts are outlawed under an act prohibiting expressions of racial hatred, and if proved to be true, can result in fine, imprisonment or both.

As a citizen of  the United Kingdom I have long admired your public persona which comes across as being that of someone who not only loves his wife and children dearly, but is also  compassionate and kind to all people. I am therefore writing to you because I am somewhat confused over the apparent contradiction between that public persona and the supposedly “democratic and humane” policies of your government. it was for instance with some concern that I recently read of plans to tighten laws covering anti-Semitism despite existing legislation.

While your well publicised pledges to protect Jews from hatred and to always support Israel may appease the powerful Jewish lobby with whom British political leaders regularly hobnob (http://www.dailymail.co.uk/news/article-2929113/David-Cameron-calls-Britain-stand-stamp-anti-Semitism-survivors-Holocaust-mark-70th-anniversary-liberation-Nazi-death-camp-Auschwitz.html), you also have a responsibility to the many British citizens who are appalled with Israel’s barbaric ethnic cleansing of the Palestinian people as was witnessed during last summer’s Operation Protective Edge. I cannot speak for other British people, but I personally resent and strongly object to being branded as an anti-Semite for condemning Israeli violations of international law including human rights. Let me assure you, Prime Minister, that if what the Palestinian People have now suffered for more than 60 years had been perpetrated by a neighbouring Muslim country, that my condemnation would have been no less passionate. So the fact that those guilty of war crimes against the Palestinian people happen in this instance to be Jewish, is not of my doing and does not mean that my condemnation is anti-semitic. Furthermore, anybody with a scintilla of humanity — something most hypocritical politicians obviously lack — will inevitably condemn irrefutable inhumanity irrespective of who the perpetrators are or their religious affiliation. The invented term of “anti-Semitism” is therefore being used as a means of effectively silencing criticism of Israel and by extension encroaching on the free speech rights of the British people. (http://www.thepeoplesvoice.org/TPV3/Voices.php/2015/02/17/the-reality-of-present-day-anti-semitism?tempskin=basic)

It should be noted that recent reports of rising anti-Semitism in Britain have neglected to make clear that the trend was a natural reaction not only to Israel’s barbarity, but also to the apparent support for such barbarity by Western political leaders such as yourself who rather than being proud of their citizens’ condemnation of crimes against humanity, have instead chosen to silence criticism with accusations of anti-Semitism. Furthermore, there is a perception amongst British people that rather than condemn Israel’s treatment of the Palestinian people, British Jews are instead actively endeavouring to prevent non-Jews from criticising Israeli crimes with impunity. (http://www.theguardian.com/world/2015/jan/14/uk-jewish-antisemitism-rise-yougov-poll) Racial hatred is not something over which Jews have a monopoly and there are in the world today many other ethnic minorities who are its victims. Prevailing hypocrisy and double standards are for example galling for anyone to be branded as an anti-Semite for as an example simply criticising the Jews in the following short video clip. (https://www.youtube.com/watch?v=rVyCfJ5cOOA)

Those of us who oppose the mechanisms for absolute total global control and oppression obstinately refuse to be brainwashed because we recognise the emergence of a “new society” wherein the spread of disinformation by a muzzled mainstream media erodes the moral principles of democracy; wherein governments are increasingly imperialistic abroad and militaristic at home; and wherein domestic police states are established to silence and control the people under the guise of “homeland security” for protection against terrorism, but actually intended as protection for  powerful special interest groups and lobbies from the people. In resisting such undemocratic trends, we the people demand that our elected leaders, and that includes you Prime Minister, unconditionally reject the influence of the wealthy and powerful 1 percent — whose wealth will soon surpass that of the 99 per cent — and instead represent the interests of the majority.

William Hanna is a freelance writer with recently published books the Hiramic Brotherhood of the Third Temple and The Tragedy of Palestine and its Children. Purchase information, sample chapter, other articles, and contact details at: 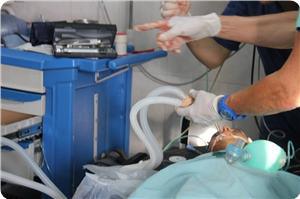