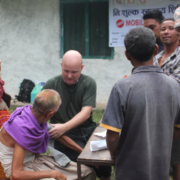 By Denise Nanni and Milena Rampoldi, ProMosaik. In the following our interview with NIRNAYA, a Nepalese organisation engaged in supporting people facing drug abuse and HIV/AIDS. Would like to thank Samir Thapa for the detailled answers to our questions. ProMosaik is convinced that social and health problems can only be solved if we compare experiences and approaches all over the world. 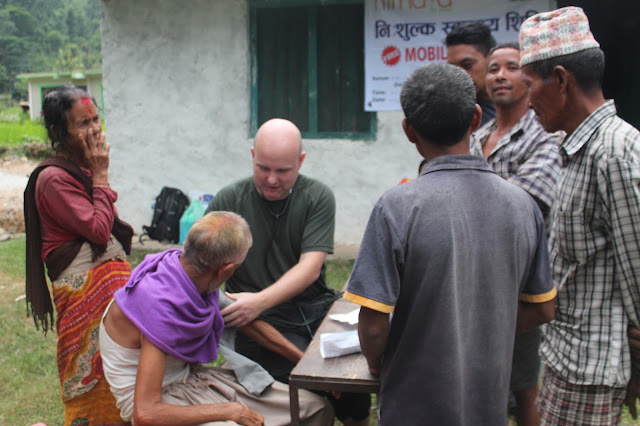 How was born NIRNAYA and with what aims?
NIRNAYA is started by passionate group of dynamic youth sharing a common vision to improve the socio-economic conditions of the marginalized communities, in particular people who use drugs and those living with and affected by HIV and Hepatitis C virus. We always strive to ensure that our service are evidence informed based on human rights and connects with the local realities of the particular communities. Basically Nirnaya is “by” the drug users and “for” the drug users organization.  Mr. Samir Thapa is the founder chair of Nirnaya, Mr. Thapa is a media journalist too with the history of drug use, and whose mission is to help assure a healthier and sager world through drug prevention and treatment efforts by promoting sound drug policies based on scientific research, efforts to decriminalize drug use access to quality treatment for every drug user. Being an ex-drug user, he has wide and adequate experience regarding the issues of drug users and drug moment. Now he is actively working as an ED in Nirnaya.
The organization was legally registered in 2010 under the NGO Act at Lalitpur District Administration Office [Regd. No –3230] and is affiliated with Social Welfare Council and Ministry of Home affairs, Nepal.
Currently Nirnaya is providing following services:
1.  Residential Drug Treatment Centre
2. Skill Development Training
3. Advocacies and Awareness
4. Community Care Center For People living with HIV
Aim of our organization is to Committed to ensure sustainable development of people who use drugs, those living with HIV and their families by delivering quality service and undertaking innovative programs and projects through linkages with governments, private sectors and non-government organization, local and international.

What are the current data about drugs abuse and HIV/AIDS incidence in Nepal?
Drug addiction is not a phenomenon in Nepal & has been a problematic issue in the country especially with youths whom are the future leaders of the nation. Drugs such as alcohol, Ganja (Marijuana or Cannabis), bhang, cherish (hashish) have been widely used in Nepal. Other form of drug heroines, injectable pharmaceutical drugs such as buprenorphine, benzodiazepines, chlorpromazine and dextropropoxyphene & non-prescribed tranquilizers are the common drug which has been used by the drug users in oral way & by injecting. However, the types of drug use have been shifted since the last few decades from cannabis to synthetic opiates /chemical substances i.e Heroin, Nitrazepam, Buprenorphine etc & now gradually to methapedamines.  Government of Nepal formulated its Narcotic drug control act in 1976 AD for the first time & later it was amended three times again. The drug act has prohibited all activities including consumption, possession, production, cultivation, distribution, trafficking, sale, and import/export of drugs. Also, the mode of drug uses has changed from smoking to injecting and that has become one of the major causes of HIV infection too. Besides that currently, Hepatitis C has been a burning issue with Injecting drug users in Nepal where studies reflect that 80 -90 % of Injecting drug users are living with Hepatitis C So, drug abuse has become multi-dimensional problem in Nepal hindering Health aspect of youths & socio economic growth of family/community. Thus, drug control has been a challenge for the government. Drug control is a kind of issues which can’t be whipped out completely but only can be controlled & reduce drug related harms.
The Nation has progressed a lot in the fight against HIV/AIDs relying to the available data. Harm Reduction Program has been one of the instrumental in declining the National HIV Prevalence Rate to 0.206 in adult population & also the prevalence rate among IDU’s Population, which has dropped down to 2.8 compared to 4.6 back in 2012. As the country epidemic is defined as concentrated epidemic having higher prevalence rate in key populations i.e (Drug User (DU’s), Migrants, Female Sex Workers (FSW), Man sex with man (MSM), Transgender TG) especially DU’s who are the major bridge in transmitting the disease to general key population.  Scale up of Service Site as DIC, easy access of Opioid Substitution Therapy (OST), Needle syringe exchange program (NSEP), HIV testing and counseling (HTC) Sites, facilities for treatment in abscess & Overdose; Support has played a major role to drop down the prevalence, death & new infection cases.  Early diagnosis & access to treatment has been a major factor. Country has disseminated its New HIV/AIDS Strategic plan (2016- 2021) recently to end the HIV pandemic by 2030 in fast track as a part of Sustainable development goal  & 90-90-90 will be achieved by 2020.
Currently, the estimated population of People Living with HIV/AIDs (PLHIV) in Nepal is 39397 comprising of 24,449 Male i.e.  62% of the total estimated population) & 14,947 i.e. (38% of the total estimated population) Female living with HIV 14,947 (38%) as of July. 2016.  However, the numbers gap between the estimated no of PLHIV & reported cases i.e 22,267 as of July. 2016 indicates that still there are lot of Key population who aren’t accessed to HIV testing & know their HIV status timely. Out of the reported HIV cases 2561 PLHIV come up with IDUs background i.e. (12% of the reported HIV cases). Latest Integrated Biological and Behavioral Surveillance (IBBS) Survey conducted among Female Injecting Drug Users (FIDUs) in Kathmandu Valley i.e Round I in 2016 indicated that the prevalence rate of HIV among FIDUs is 8.8% & 21.9% of Hepatitis C. Likewise, IBBS carried out in Kathmandu, Bhaktapur & Lalitpur district on 2015 indicated HIV prevalence among PWID as 6.4% & prevalence of Hepatitis C as 22%. Thus, Hepatitis C has been an alarming & concern issue to PWID in Nepal at the moment.
There has also been an increase in the younger age group of people, below 20 years, starting to inject drugs. During IBBS survey carried out in West & Far Western of Nepal , almost half (47.3%) of the People who inject drugs (PWIDs) began to inject below the age of 20 years. Hence, there has been need of integrating Harm Reduction curriculum in Secondary level.  The total no of drug users in Nepal is 91,534 according to the study carried out by Ministry of Home Affairs in 2014-2015 which is nearly a double of 46,309 in 2008-2009. The no. of Drug Users had increased by about 98% over the course of 6 years. Male have the overwhelming majority among drug users i.e Out of the total population 85,204 (93.1%) are male and only 6,330 (6.9%) are female. The highest number of the drug users are found in Kathmandu valley (36,998) followed by Sunsari: 7,407; Kaski: 6917; Morang: 6415; Jhapa: 6008; Rupandehi: 5997; Chitwan: 4515, Banke: 4050, and Parsa: 2130.  The other rest areas constitute 11,097 drug users.

What are the most important needs of people who face drugs abuse or live with HIV/AIDS? How do you address them?
As, the national data reflects huge difference in the total estimated population & reported cases i.e 39397 – 22267, up scaling of testing facilities is the foremost need to know their status earlier & get accessed to care, support, treatment timely for the life savior of them. Both PLHIV & People who use drugs face stigma & discrimination more oftenly. Because of that, the accessibility of them in service facilities is relatively low. Lack of friendlier environment creates discomfort to open up for explaining their issues. Furthermore, there has been limited no. of CD4 sites & Viral load testing sites to get tested in order to know their immune power & level of viral load suppression which are the routine test to be done in every 6 months & year respectively in case of PLHIV.  Likewise, most of PLHIV are economically backward, thus there is a huge need of programs with objectives to reduce poverty and improve livelihoods of HIV positive persons through creating employment opportunities for people with HIV which could play a major role later in declining Stigma & Discrimination by uplifting their economic status because nowadays if you are wealthy, you get respected whether you are PLHIV, Drug User, Kidnapper it doesn’t matter. The insights & perception of people living in the society & community is cheap. Police harassment has been an alarming issues faced by drug users. Like wise policy barrier has been also a major problem to drug users. In the same way, post rehabilitation programs are the most need of Drug users after rehabilitation program to develop them as enter partnership in the future with seed grant. Up scaling of Harm reduction facilities is essential to reduce HIV/AIDs, Hepatitis C spread & drug related harms. National Network of Drug User has conducted advocacy events with other key population led organizations to amend the act regarding decimalization not criminalization, which are practiced already by countries like Portugal. Concerned bodies should address early diagnosis & treatment facilities of Hepatitis C, as Hepatitis C has been an alarming issue to Drug User. In order to address all the above-illustrated issues, the country response to HIV/AIDs is more dependent on foreign Aids so we need to rely on foreign Aids to address the issues & needs. Few issues have been addressed by using local government resources to limited number of drug user & PLHIV. 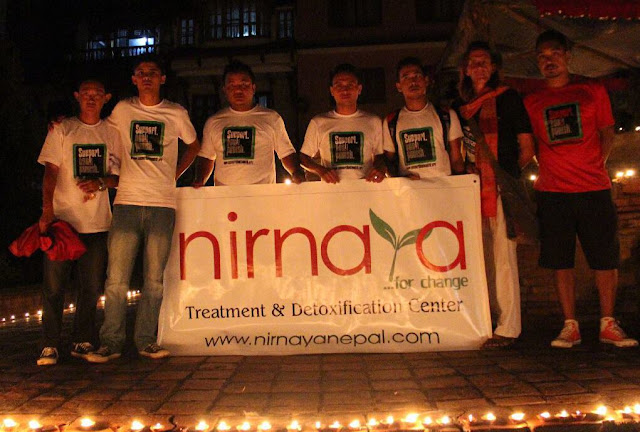 Do you carry on awareness raising activities? If yes, how has civil society been responsive so far?
Yes, we carry various awareness raising activities targeting vulnerable population & areas. Street Drams, orientation, media campaigns are carried out as a part of awareness raising activities.  We also carry out advocacy events to highlight the issues faced by both Drug Users, PLHIV also channelize the issues to decision-making bodies. Civil society has been very positive & their support is overwhelming till date. They get involved in our events for solidarity to eliminate the issues especially the mother groups are the active civil society groups who are closely working with us for longer period of time. Furthermore, we also get involved in the social affairs of the society for harmonization & to develop bonding.
Do you cooperate with local authorities and institutions? If yes, how?
Yes we cooperate with local authorities & institutions through various approaches. We conduct regular meetings with them to mitigate various issues. Likewise we too report them on monthly basis regarding progress of our programs. Furthermore, we also conduct joint monitoring programs to monitor our work by local authorities. 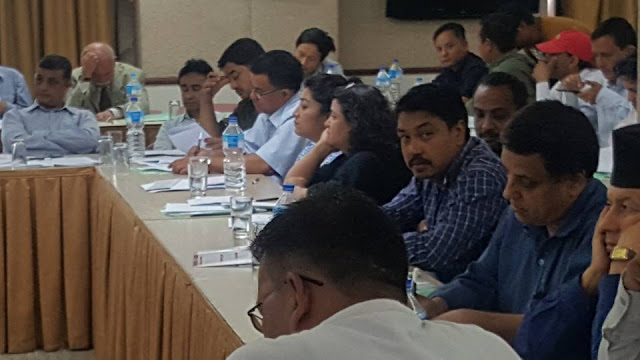 WAVE – against violence, and for women’s dignity
Scroll to top