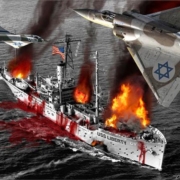 Who Benefits the Most From The Charlie Hebdo Attack?

At the time when much was being written about the John F. Kennedy assassination and false flag conspiracy theories were abounding, one writer suggested that the best approach to finding an answer to the question of “who killed Kennedy,” was simply to ask “who benefited most from his death.” In his book Final Judgment: The Missing link in the JFK Assassination Conspiracy, historian and author Michael Collins Piper asserted that Israel’s motive for the assassination was Prime Minister David Ben-Gurion’s outrage at JFK’s opposition to Israel becoming a nuclear power, and that in his final days as Prime Minister, Ben-Gurion commanded the Mossad to become involved in a plot to kill America’s president. JFK’s assassination served the dual purpose of eliminating not only the threat to Israel’s nuclear ambitions, but also the need for the tax-exempt American Zionist Council (AZC ) to register as a foreign agent. In order to disguise its Zionist credentials and avoid legal action, the AZC then relinquished its tax-exempt status and morphed into the American Zionist Committee for Public Affairs (AZCPA) before finally becoming the American Israel Public Affairs Committee (AIPAC) which achieved and still retains total control over those corrupt bribe-taking occupiers of the U.S. Senate and Congress.
(http://www.countercurrents.org/hanna200814.htm)
“Israel’s Mossad was a primary (and critical) behind the scenes player in the conspiracy that ended the life of JFK. Through its own vast resources and through its international contacts in the intelligence community and in organised crime, Israel had the means, it had the opportunity, and it had the motive to play a major frontline role in the crime of the century – and it did.”
(http://www.whale.to/c/final_judgment.html)
“It is interesting — but not surprising — to note that in all the words written and uttered about the Kennedy assassination, Israel’s intelligence agency, the Mossad, has never been mentioned. And yet a Mossad motive is obvious. On this question, as on almost all others, American reporters and commentators cannot bring themselves cast Israel in an unfavourable light — despite the obvious fact that Mossad complicity is as plausible as any of the other theories.”
Former Rep. Paul Findley (R-I11.), in the Washington Report on Middle East Affairs.
(http://www.wrmea.org/1992-march/speaking-out-in-kennedy-assassination-anyone-but-mossad-is-fair-game-for-u.s.-media.html) 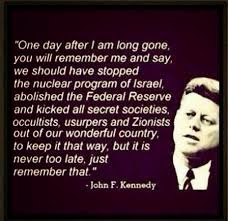 So to continue with the theme of false flag operations, could the attack in Paris on the editorial offices of the so-called satirical magazine Charlie Hebdo — for whom stoking Islamophobia has proven to be a financially viable business proposition — have been a Mossad operation designed to stem the growing tide of support and sympathy among people in France and other European countries for the Palestinian aspiration of achieving independence and statehood? Israeli Prime Minister Benjamin Netanyahu had after all previously warned that “recognition of a Palestinian state by France would be a grave mistake.” Such a hypothesis is by no means far fetched when carefully considering the events as reported by the Jewish-controlled mainstream media. 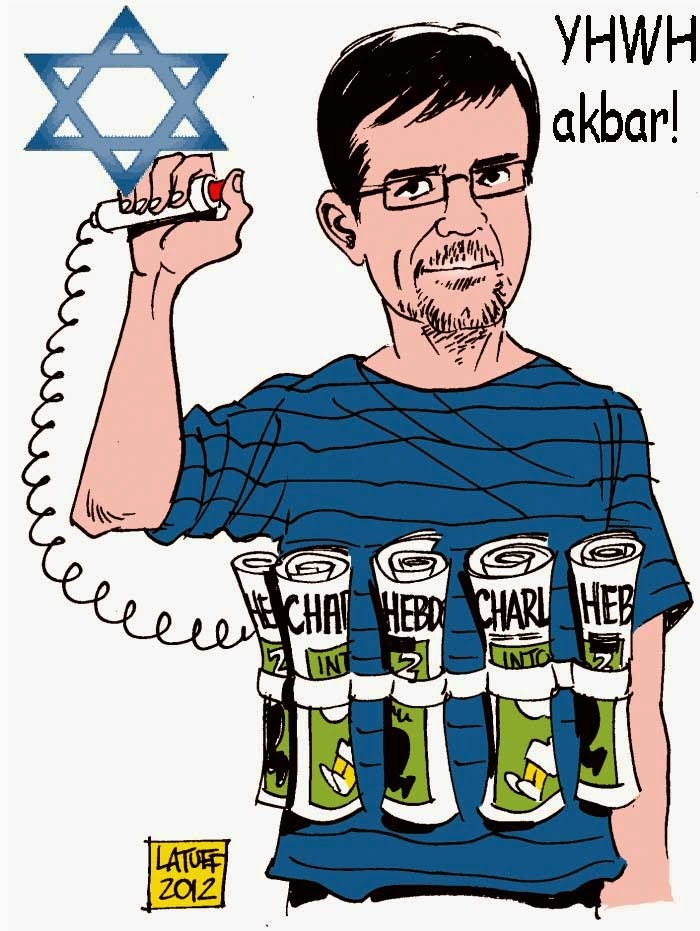 In his book 9/11 Synthetic Terror: Made in USA, Webster Griffin Tarpley asserts that there were  four key factors required for the successful execution of false flag terror operations: low IQ patsies, dupes and useful idiots who will take centre stage in the mainstream media as the alleged attackers as was the case with with Lee Harvey Oswald in the JFK assassination; professional executioners with the means and technical capability to carry out the attack while personally remaining unseen and shifting the blame onto the patsies; the privatised command structure of the shadowy bankrolling instigators who cannot be specifically identified; and the all-important ownership of the corporate media that promotes the narrative of the useful idiots being responsible rather than the elusive professionals.
(http://personalliberty.com/911-synthetic-terror-made-in-usa-by-webster-griffin-tarpley/)
Mossad false flag operations are not a new phenomenon and have even included attacks against Jews and Israeli allies who offer more than generous support including economic and military aid. In the summer of 1954 in what came to be known as the Lavon Affair, Israel used a group of Egyptian Jews for its Operation Susannah with a view to planting bombs in U.S. and British-owned civilian targets, cinemas, libraries and American educational centres. The attacks were intended to direct blame on the Muslim Brotherhood, Egyptian Communists, “unspecified malcontents,” or “local nationalists” so as to create sufficient violence and instability that would induce Britain to retain its occupying forces in Egypt’s Suez Canal zone. The plot, however, failed when the Egyptian Intelligence Service followed and arrested a suspect whose bomb had accidentally ignited prematurely in his pocket and a subsequent search of his apartment revealed  incriminating evidence including the names of his accomplices.
(http://www.wrmea.org/1992-july/the-lavon-affair-when-israel-firebombed-u.s.-installations.html)
In the summer of 1967 during the Six Day War, deliberately unmarked Israeli Air Force jet fighter aircraft and Navy torpedo boats in a combined air and sea assault on the USS Liberty killed 34 and wounded 170 crew members while severely damaging the ship. Israel’s intention was to sink the ship and blame the Egyptians so as to drag the U.S. into a war against Egypt on Israel’s behalf. Since then a former Navy attorney who helped lead the military investigation of the attack has categorically stated that President Johnson (LBJ) and his defence secretary, Robert McNamara, ordered that the inquiry conclude the incident was an accident. Retired Capt. Ward Boston in a signed affidavit released at a Capitol Hill news conference, said LBJ and McNamara told those heading the Navy’s inquiry to “conclude that the attack was a case of ‘mistaken identity’ despite overwhelming evidence to the contrary.” Retired Admiral Thomas Moorer, a former Joint Chiefs of Staff chairman who spent a year investigating the attack as part of an independent panel established with other former military officials, stated that it was “one of the classic all-American cover-ups.” Moorer, who was chief of naval operations at the time of the attack, asked from his wheelchair at the news conference “Why would our government put Israel’s interests ahead of our own”? He had always believed the attack was a deliberate act and wanted Congress to carry out an investigation.
http://www.veteranstoday.com/2012/06/07/alan-hart-israels-attack-on-the-uss-liberty-the-full-story/1/ 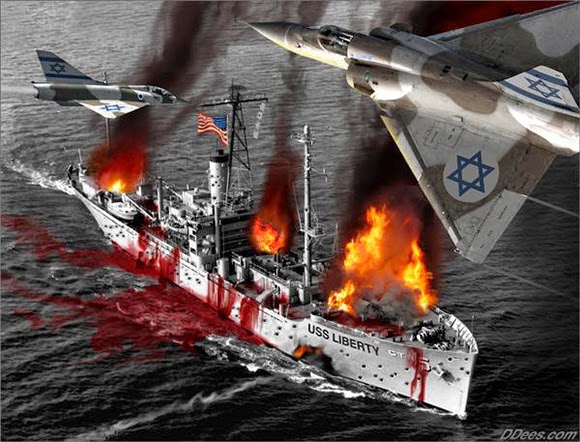 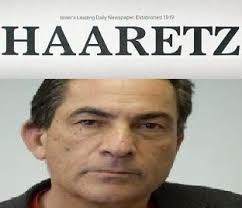 In the meantime while continuing to point fingers at the world for its indifference to anti-Semitism and the genocide of Jews, Zionist Apartheid Israel unashamedly exploits the Holocaust for political gains at the expense of the ethnically cleansed indigenous Palestinian people. Zionists have much to hide about their indifference, even collaboration, with the Nazis and the Fascists while their fellow Jews were being sent to concentration camps. There is no doubt that Zionist finger-pointing serves as a smoke screen to hide Zionism’s dark past of allowing other Jews to die, while the Zionists themselves were lobbying to rob the Palestinian people of their country.
“Every native population in the world resists colonists as long as it has the slightest hope of being able to rid itself of the danger of being colonised. That is what the Arabs in Palestine are doing, and what they will persist in doing as long as there remains a solitary spark of hope that they will be able to prevent the transformation of ‘Palestine’ into the ‘Land of Israel.’ . . . Zionist colonisation must either stop, or else proceed regardless of the native population. This means that it can proceed and develop only under the protection of a power that is independent of the native population –- behind an iron wall, which the native population cannot breach.”
Lenni Brenner (a Jew), in the Zionism in the Age of the Dictators
(http://www.counterpunch.org/2014/02/24/zionism-in-the-age-of-the-dictators/) 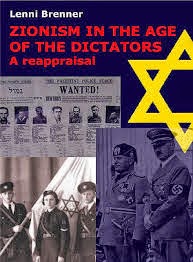 “The saving of the Jews in Europe did not figure at the head of the list of priorities of the ruling class. It was the foundation of the State which was primordial in their eyes.”
Tom Segev (a Jew), in The Seventh Million
(http://www.fpp.co.uk/online/99/07/SegevonHolocaust.html)
William Hanna is a freelance writer with recently published books the Hiramic Brotherhood of the Third Temple and The Tragedy of Palestine and its Children. Purchase information, sample chapter, other articles, and contact details at:
(http://www.hiramicbrotherhood.com/)
https://promosaik.org/wp-content/uploads/2015/01/uss-liberty-israeli-attack.jpg 442 580 promosaik https://promosaik.org/wp-content/uploads/2020/02/Promosaik_brandwordmark.png promosaik2015-01-19 10:41:042015-01-19 10:41:04New Article by William Hanna about Charlie Hebdo Attack
0 replies