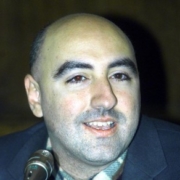 By Milena Rampoldi, ProMosaik. In the following my interview with Nassos Theodoridis, Director of ANTIGONE, Information and Documentation Center on Racism, Ecology, Peace and Non Violence established in 1993 in Thessaloniki. I talked to Nassos about his organisation, his name, objectives and projects and about the importance of non-violence and the struggle against racism. All education to human rights, non-violence, peace, and respect of diversity starts from school. Would like to thank him again for his detailled answers. 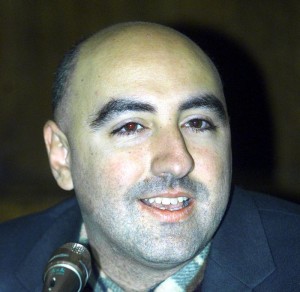 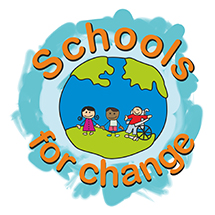 c) Project “Schools for change”
Under the framework of “Schools for Change” project implemented in collaboration with “Heinrich Boell Foundation”, “ANTIGONE” carries out workshops with the participation of students in primary schools, secondary schools and high schools according to the educational needs of every class.
The thematic sections of the workshops vary and so activities can be related to project lessons of every class as well as to issues that are in accordance with class curricula. Some indicative thematic of the workshops are the following: stereotypes/discrimination/racism, bullying/school violence, human rights, rights of the child, gender equality, disability/social isolation, ecology and society etc. Non formal educational workshops are implemented without any financial cost for the schools.
The objectives of the Project are the following: 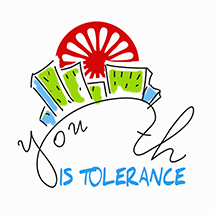 d) Project “Youth is tolerance”
“Youth is Tolerance” was a project which aimed to combat racism, xenophobia and anti-Semitism, with a particular attention on Roma discrimination, among young people. The project was carried on in Bulgaria and Romania, where Roma are a numerous minority, and in Greece and Hungary, where Roma represent a small but significant percentage of the population.
In countries with a considerable presence of Roma still persist deep prejudices, also among teachers in schools and universities, which result is the lack of integration in the educational institutions and in the violation of the human and citizen rights of this minority.
Roma young people are victims of widespread forms of racism and xenophobia and are suffering from anti-Roma stereotypes, often justified by wrong behaviour of adults with a key role in society and educational system. This in spite of the last years’ increasing attention on the topics, related to multicultural exchange and integration, mutual understanding and tolerance.
As for its general efforts to combat social exclusion, ANTIGONE participated in various projects that promoted the rights of persons of vulnerable groups, such as “Able ’20” which was an international project involving people with fewer opportunities in the field of employment through self-promotion. The project supported the introduction, implementation and promotion of innovative and qualitative elements in non-formal education and youth work, while bringing together young people with disabilities (target group) from the partner countries of Greece, Italy, Spain, and Lithuania. In this context, participants created self-portraits/video CVs that could potentially be used throughout their vocational path.
ANTIGONE has also contributed in the European Website on Integration, the core function of which, consists of an easily accessible on-line data collection tool for the exchange of information on EU wide experiences in the field of integration. This system provides a basis for the collection, analysis and dissemination of good practices on immigrant integration of third country nationals in the EU. It contains evidence based quality information on good practices and projects from Member States’ national administrations, regional and local authorities, social partners, civil society, private enterprises, academia, international organizations etc.
What does non-violence mean to you?
Nonviolence is a powerful philosophy and strategy for social change that rejects the use of physical violence. The practice of nonviolence calls for peaceful active behavior in the midst of conflict. At its core, nonviolence embodies respect, and even love, for one’s opponents. The practice recognizes and utilizes the importance of dialogue without the use of physical threat or coercion in negotiating and problem-solving.
Also key to the philosophy of nonviolence is a core belief that if we wish to achieve just ends, the means we use must also be just. Proponents would argue that it is fundamentally irrational to use violence to achieve a peaceful society.
Although absent of physical threat or retaliation, nonviolence is not passive and implies the very opposite of weakness or cowardice. The power of nonviolence lies in patience and self-control motivated by the intention to meet human needs and promote a more just society.