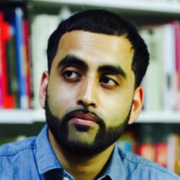 by Milena Rampoldi, ProMosaik. In the following my interview with Murtaza Hussain, journalist and political commentator at The Intercept. His work focuses on human rights, foreign policy, and cultural affairs. Murtaza’s work has appeared inThe New York Times, The Guardian, The Globe and Mail,Salon,and elsewhere. I would like to thank Murtaza for his time and challenging answers to my questions. 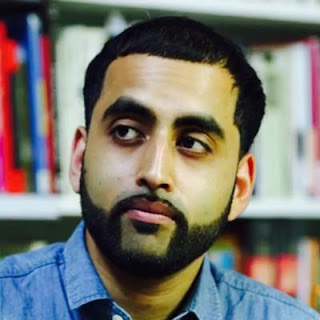 This summer we published the German translation of his article entitledAfter Nice, Don’t Give ISIS What It’s Asking For. Muslim journalists are essential today to make people understand Muslim culture, society, and religion. However, at the same time, Muslim journalists must also cover subjects like terrorism, Islamist terrorism, DAESH, even if in reality there have nothing to do with true Islam, and Muslims.

But, because DAESH auto-defines itself as the „Islamic State“ we have to talk about it if we are engaged Muslim journalists. And the best way to talk about DAESH is to show how DAESH is the contemporary Islamic Nihilism. And because wrong Western narratives about DAESH do only support DAESH, DAESH unfortunately remains a matter Muslim journalists have to write about. And for me personally, writing about DAESH and against DAESH as Muslims is an ethical duty.

Milena Rampoldi: How should we work as journalists today to help people understand what is Islam and what is nihilism and Islamophobian propaganda?

Murtaza Hussain: I think it is important for Muslim activists, journalists and scholars to produce not just articles but heavily documented reports to help refute the claims of groups like DAESH. These can then filter into articles and into the mainstream media generally. Its also important to take a hard line against DAESH generally and not apologize for them.

MR: How can articles like yours about DAESH help to understand that DAESH is exactly the opposite of Islam?
MH: Its hard to say its the exact opposite but they can at least differentiate by showing who we are and what we believe as normal mainstream Muslims.
MR: How does the wrong narrative in Western media support DAESH?
MH: The Western media sometimes grants DAESH more legitimacy and attention than it deserves and blows its influence out of context. That helps the group by helping it bolster its narrative. Nothing is worse than when people characterize DAESH as the “real” Islam or the “most Islamic.”
MR: Which are the most important matters you cover in your articles?
MH: National security, counter-terrorism, Islamophobia, criminal justice and politics are all important issues to me.
MR: What does it mean to you to be an engaged journalist?
MH: It means to be in touch with the community and be available and sensitive to peoples needs. Its important not to retreat into a bubble and to do real grassroots work.
MR: What can journalism positively contribute to human rights and peace?
MH: Journalism can help dispel myths and misconceptions and fight bigotry, but only if done honestly and with good intentions as well as humility.