by Milena Rampoldi, ProMosaik e.V. – A very important interview about LOVERBOYS and their victims. After having talked to No Loverboys Berlin and Weisser Ring e.V. Mainz, we have talked to Martine of the Organisation Stop Loverboys, founded by Anita de Wit in Holland to help the victims of the Loverboys… and even of the Lovergirls… Young girls in the trap of dependence. A very difficult destiny which could affect everybody. So as society we have to care about these victims who are not guilty, but at the wrong place at the wrong moment meeting the wrong person of their lives.
For additional information about the association, visit the following website:
http://www.stoploverboys.nu/nl/
And watch this video:
https://youtu.be/sQe26GfiTD8 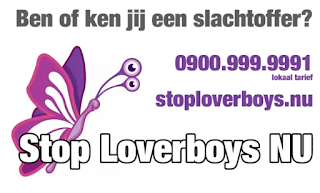 Milena Rampoldi: Which are the best strategies to help girls who become victims of loverboys?
Martine: Since these girls live in a world of lies and shame it’s very hard to pull them out. The best way is not to directly confront them, because they will deny anything out of fear and shame. With StopLoverboys we only go in to confront a girl when we have enough evidence that she cannot try to talk herself out of it with lies.
Next to that it is very important to show them that you are there not to blame and shame, but to help. To understand what they have been going through, not to judge, and to show them that there is a way out of their horrible situation.
MR: Please tell us something about the lovergirls?
M: The lovergirl is often someone who’s in the hands of a loverboy herself. She’s been through the whole recruitment process herself and she also had to work as a sex worker. After a while her loverboy will make her an offer: Lure other girls into the loverboy-trap as well, so you yourself have to work less. Of course to the girl this sounds like an attractive offer to save herself, although they know it’s wrong and they will feel a lot of doubt, regret and guilt.
MR: Which are the most important objectives of your organisation?
M: We do 2 things:
– We educate people about the problem and warn to look out for the signs. We visit schools, youth centers, sports clubs etc to tell boys and girls of the ages 11 and up about the danger.
– We also give shelter to victims of loverboys who want to get out of their situation. We offer them a private shelter-home where they can rest, deal with their traumas and start rebuilding their lives. 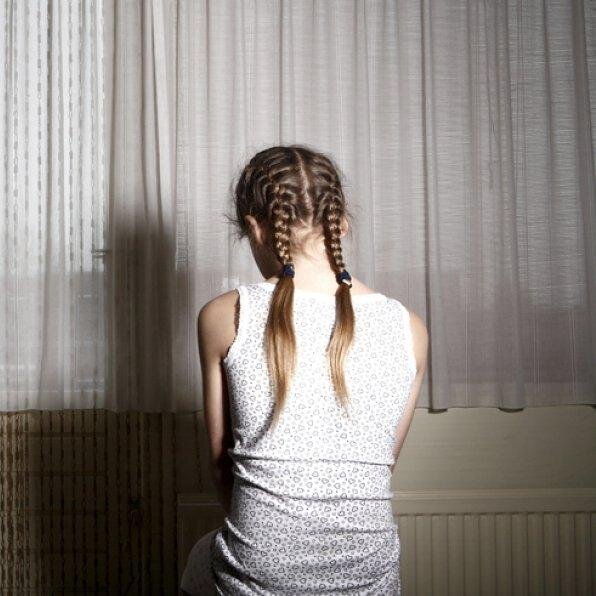 MR: How important is networking and information to fight the loverboys?
M: Very important. Our education program at schools is considered to be “shocking”, but that’s because reality is shocking. We just tell people what’s going on and what they need to look out for. It can start with the simplest things: Telling teenagers to adjust their privacy settings on media like Facebook and Instagram. Otherwise the loverboys/predators will use that information to get more insight in your life and they use it to get closer to their victims.
MR: What can you tell us about the statistics? How many are the victims per year? Which are the most dangerous cities?
M: This question is hard to answer, because many victims don’t talk about their problems. Only a small percentage of the victims go to the police to tell their story. Most of them are too afraid and too ashamed to do this. So the real statistics are far lower than reality.
In terms of dangerous places: Everywhere. Sometimes we go to small towns to educate people there. The parents will say things like “That stuff doesn’t happen here. That only happens in Amsterdam”. But that’s not true. Often the kids from small and sheltered communities are at risk too, because their parents were maybe too religious to really talk about the dangers of the outside world.
Plus, thanks to the Internet, location does not matter anymore. The whole world is connected.
MR: ProMosaik e.V. is of the opinion that victims must remain victims. They are not guilty. How do you explain this to people?
M: We agree with ProMosaik. However, for the victims themselves this is a great hurdle to take because they are so ashamed of their own actions. In retrospect they wonder how they could be so stupid, but this can really happen to anyone.
We try to educate everyone, not just teenagers but also the community around them, that this does not happen to stupid people, it can happen to anyone.
On a more official level: These girls are often also used as a tool for the loverboy to get loans in her name. So the girl is left with great debt on top of her emotional damage. In cooperation with the police we also work on helping these girls to have their debt taken care of. Because as you say: They are victims, not criminals.
https://promosaik.org/wp-content/uploads/2017/02/11.png 90 285 promosaik https://promosaik.org/wp-content/uploads/2020/02/Promosaik_brandwordmark.png promosaik2017-02-25 09:50:372017-02-25 09:50:37Martine - Stop Loverboys nl