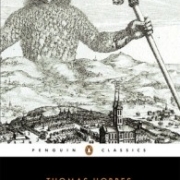 Written during the chaos of the English Civil War, Thomas Hobbes’ Leviathan asks how, in a world of violence and horror, can we stop ourselves from descending into anarchy? Hobbes’ case for a ‘common-wealth’ under a powerful sovereign – or ‘Leviathan’ – to enforce security and the rule of law, shocked his contemporaries, and his book was publicly burnt for sedition the moment it was published. But his penetrating work of political philosophy – now fully revised and with a new introduction for this edition – opened up questions about the nature of statecraft and society that influenced governments across the world.

Lord of the Flies by William Golding
Scroll to top