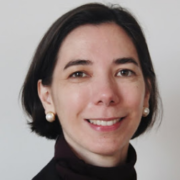 By Milena Rampoldi, ProMosaik. In the following my interview with Kira Sanbonmatsu, Professor of Political Science and Senior Scholar at the Center for American Women and Politics, Rutgers University. I asked her questions about her research, and about feminism, in particular about the relation between gender and politics, a very challenging aspect of feminist research. I would like to thank Kira for her time.

Milena Rampoldi: What does feminism mean to you?

Kira Sanbonmatsu: For me, feminism is about improving women’s status and enhancing women’s self-determination.

Which are your principal areas of research?
I primarily study gender, race and American politics. I’m interested in why women and minorities are underrepresented in elective office, how they reach office, and how factors such as political parties and public opinion shape elections. I’m also interested in the behavior of women in office and how they navigate legislative institutions.

What is the main relation between gender and politics?
We know that women in the United States are much less likely than men to seek and hold office. More women are running for office than ever before, but they are still very underrepresented. As data from the Center for American Women and Politics (cawp.rutgers.edu) reveal, only a handful of women serve as governors of their states. In the 2016 elections, the first major party nominee for president, Hillary Clinton, lost her race and the elections failed to significantly enhance women’s presence in state and federal offices. Women have gained seats in the U.S. Congress through the years but have always held fewer than one in four seats.

For me personally, women must be involved more in politics all over the world, but politics for me means socio-political engagement in society. What do you think about it?
Women often bring new perspectives into politics because they are disproportionately the caregivers in their families. And because of gender inequality, women officeholders often feel a connection to other women and a determination to elevate the status of women in society.
Interestingly, although women in the United States do not hold office at the same rates as men, women are more likely to vote than men. Clearly, women are interested in politics and care about politics. They could play an even larger role throughout all aspects of politics.

Tell us about the principal ideas of your books concerning women and politics?

Much of my research focuses on the role that parties play in the United States in recruiting and selecting candidates. Parties have a weaker role in the United States than in many other countries because we do not have party lists or proportional representation. But parties often encourage certain candidates to run and they provide informal and formal campaign support. Gaining this support is important for any candidate to be successful. Both the Democratic and Republican Parties could be more active in recruiting women to run for office, including minority women.

Tell us about your recent work.
My most recent book is More Women Can Run: Gender and Pathways to the State Legislatures, coauthored with Susan J. Carroll (2013, Oxford University Press). Our book analyzes nationwide surveys of state legislators conducted by the Center for American Women and Politics (CAWP) in 2008 and 1981. We argue for a new approach to the study of women’s election to office, challenging the assumption that women must assimilate to men’s pathways to office. We argue that a relationally embedded model of candidate emergence better captures women’s decision-making than an ambition framework in which candidacy is self-initiated. We contend that more women could run if more efforts were made to recruit women of varying backgrounds.
We also find that gender differences in pathways to office have persisted over time and that women legislators continue to emerge from traditionally female-dominated occupations. Women legislators also are more likely than men to run for office because they were recruited. Family, parties, and organizations play a more important role in women’s decisions. Moreover, we argue that women need not possess prior ambition before deciding to run.  Because women’s representation is produced by the presence of encouragement and support and not simply the absence of impediments to running, we must look to political—as well as societal—factors to understand the gender gap in officeholding.

You are an expert of women in politics in the USA. How much do you think that culture and religion influence the behavior of women in political life?
We often see gender differences in how officeholders reach office and in the types of public policies that officeholders champion. But gender is only one feature of politics. We know that gender intersects with other categories, such as race/ethnicity, religion, and ideology. Precisely because women are not a monolithic group, it’s important that more women become active in politics and serve in leadership positions in order to represent women’s diversity.

“We are strongly opposed to militarism, racism and occupation and believe...
Scroll to top