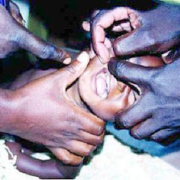 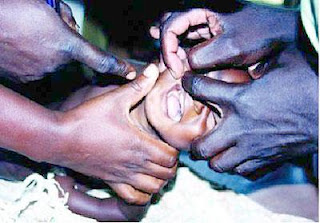 By Milena Rampoldi, ProMosaik. In the following a second interview with Francis Muthama of the organization Kinga Africa to understand the importance of investigating the phenomenon of Infant Oral Mutilation, and why Kenya needs a law against this practice. To read the first part of our interview, click here.
IOM is a very severe human rights violation against children. Almost
nobody talks about it. Why?
There are many traditions in Africa that remain windily accepted until a voice rises against them just like Female Genital Mutilation. I am that voice but my efforts are challenged a great deal. The communities that practice IOM pass it over from generation to generation and have accepted that it is a good practice that ‘saves children from death’. It takes time effort and resources to end a bad tradition; and that is what we are doing.
How is IOM justified by the communities who still practice it?
Let me give some background here; normally around four to six months the children are crawling and building their immunity. At this period also, they are susceptible to many infections especially where hygiene is not observed. At the same time the teeth are about to break the gum (erupt). The gum becomes itchy and swollen. This makes the children to take any objects they come across, to the mouth to sooth the itching. In the process they take in a lot of dirt and that contaminates their system causing diarrhea, fever, vomiting and other symptoms. It is this timing that made the communities related teething to the infections. They then figured out that there are some ‘worms’ in the mouth that cause the illnesses and developed a cure (IOM). The ‘science’ here is very simple; IOM causes the children a lot of trauma, pain and injures their gum. Because of the pain and the wound in the gum they stop putting dirty objects to the mouth. Once the contaminated food is ejected from the body the diarrhea stops and body temperatures normalize. This is when they say that IOM has worked to stop diarrhea. In cases where the children refuse even to breastfeed after IOM, they get overly dehydrated and die if treatment is not effected in time.
It is also this dehydration that makes them say that if they don’t remove the worms, their children die. You know how severe diarrhea combined with vomiting is vital especially to under-fives. Keeping a baby at home waiting for the day to take him/her to the traditional healers, can cause death in the infant. This makes them the more convinced that IOM helps.
We are using a few strategies
We are training community health workers – who are individuals selected by the government from every village and each in charge of 20 households. They normally are trained on HIV, hygiene, sanitation and a few other issues but not oral health. Training them becomes key in that they know when women are pregnant and when they may take their children for IOM and they are better placed to talk to the mothers then. In these trainings, we also involve traditional birth attendants and the oral ‘mutilators. The results have been enormous.
Teachers are most educated people in most of the villages and people would listen to them a great deal. We also organize trainings for teachers so that they pass the messages to the parents in the schools and the children as well.
On a different front, we hold community meetings where we discuss the issues around the myth.
If resources allowed, we could also create awareness among high schools and colleges because the students are the future mothers and fathers. We would also run TV and radio adverts against IOM.
Above all these, when we will have the necessary data and resources we will table a bill in parliament to criminize IOM. 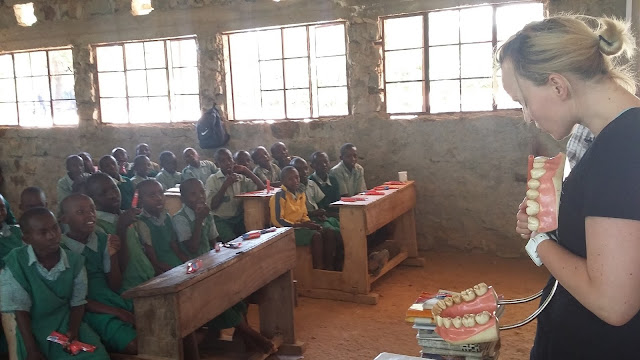 Why is a research work so important for Kinga Africa?
As I have indicated above, we need data to structure a bill in parliament to make IOM a crime and set some penalties. Two, having the research reports will help me mobilize resources to fight the myth. Writing proposals without data is always fruitless.
How will you investigate the phenomenon if you find a voluntary doctor
ready to help you?
I will be at the advice of the doctor but I have some ideas; screening school children aged 3-7 years in communities that practice IOM will tell a lot about IOM as most of them will have missing canines or other indications. We can compare this with children from other communities.  Interviewing mothers and health officials would help us get some data as well. More ideas would come from the doctor. The research needs a lot of resources especially funds to facilitate it.
Are the statistics about the phenomenon in your country and in other
African countries?
Yes, Dentaid came a cross IOM in Uganda, its practice in Sudan, Ethiopia and many other African countries. You realize that African countries may have more than one tribe/community with different language and traditions, meaning that some communities will practice IOM while others won’t. My plan is to reach out to the whole of Africa starting from Kenya but resources have been so minimal or absent. Doing a tour to as many countries as possible and gather data to inform the world about IOM.  I am also not a doctor by training and I need a committed doctor as a partner to help me in this fight and generally in oral health promotion. Finding one has been an uphill task. I’m looking also for a doctor to own Kinga Africa as a co-director so that we can take this project to the next level.
I hope that this helps. And that we can join hands to fight this monster!! 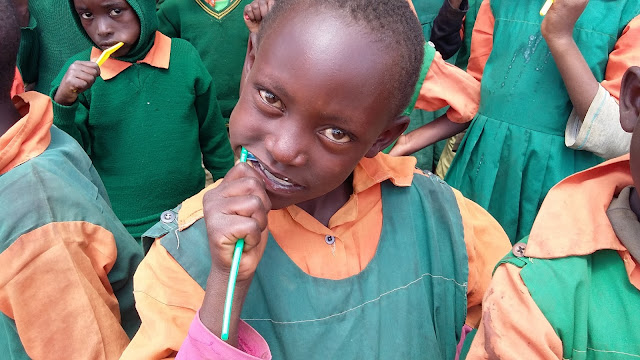 Carlos Djomo – Search It, Find It

Praneeth of Ray of Hope – love and compassion towards our fellow human...
Scroll to top