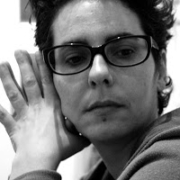 By Milena Rampoldi, ProMosaik. In the following I would like to introduce 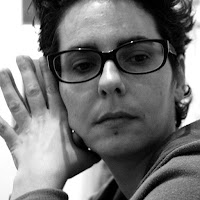 ProMosaik readers to Isha L’Isha – Haifa Feminist Center. I talked to Khulud Khamis, the coordinator, about how the centre was established, which are the main themes it deals with, and also about the structure. The aim I wanted to achieve with this interview is to show how important feminism is in all cultures, religions, and communities. And that there can only be a feminism characterised by diversity, and tolerance. 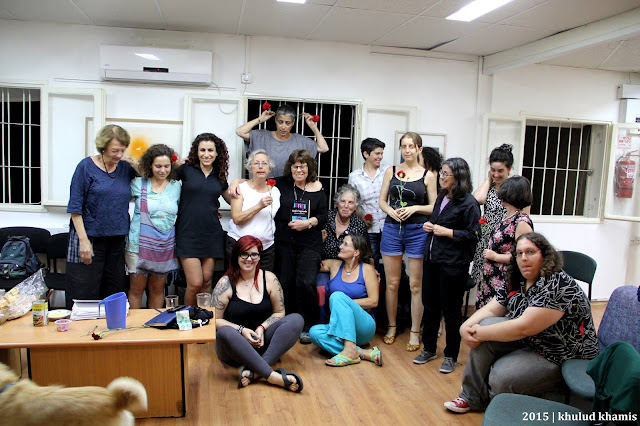 Isha L’Isha’s mission is to advance the status and rights of women and girls, and to promote peace, security and socio-economic justice from a feminist perspective through education, research, dissemination of knowledge, advancing legislation, and public events. Established in 1983, we are the oldest grassroots feminist organization in Israel and one of the leading voices of women’s rights in the country. We offer women a safe, supportive environment in which they can address their needs, providing room for self-expression and development. Parallel to this, Isha L’Isha works on a national level, advocating for women’s rights in all fields. Throughout the years, we have empowered thousands of women and provided them with skills to take control of their lives. Currently, our main areas of activity include Fighting against Trafficking in Women and Prostitution; Women and Medical Technologies, and Building an Empowered Community of Women. We also house the Haifa Feminist Institute, with the mission of collecting and documenting the history of feminist activism in Israel from 1970 to the present, to make women’s social and political contribution visible and to inspire future generations. Our vision is a society where all women – regardless of religion, ethnicity, or cultural background – enjoy equal rights in all fields, including economic, social, and political; a society without gender-based violence; a society in which women’s voices are heard, and in which women have full and equal access.

Organizational structure: Isha L’Isha is a non-hierarchical, member organization governed by a Collective that includes all of its members and is open to all women. Our members are Mizrahi and Ashkenazi Jewish women, Palestinian women citizens of Israel, lesbian women, transgender women, women from low socio-economic background, researchers, and community leaders and activists. The Collective meets once a month to discuss ideological issues and set long-term strategies. All decisions are made by consensus at these meetings. The Collective is one of the unique aspects of Isha L’Isha, and it is what keeps us a grassroots organization.
Our staff all work part-time, and each at the same base salary. Another unique aspect of Isha L’Isha is the mentoring our salaried staff members receive. Each staff member receives individual mentoring from a veteran member who is familiar with all of our activities and processes. They meet on a regular basis, to discuss dilemmas related to work and inter-personal relationships between staff members, and to design monthly work plans based on specific needs and developments. We have approximately 100 members, and they are asked to pay a small amount of dues each year, but we have never refused any woman membership because of inability to pay (or for any other reason). Members are encouraged to be active and volunteer on project steering committees, committees for special events, and the board. Each project has a steering committee comprised of the coordinator and Isha L’Isha members. The steering committees meet on a regular basis to discuss the projects’ progress and dilemmas, and make decisions regarding future activities. We also have a financial committee, which meets once every two months to follow up on the financial aspects of the organization and give recommendation to the board. Volunteers are crucial to the organization; they sit on the board and project steering committees where they take part in decision making, and are active in the daily work of the organization.

When did your movement begin? And what was the “spark” that ignited the movement?
Our movement goes back to the ‘second wave’ of feminism in Israel in the 1970’s. Many feminist organizations were established during these years, but only few survived and have successfully carried on radical ideas. The movement was initially part of the worldwide feminist fervour of the 1960’s and 1970’s. Locally, it got its ignition from the disillusionment of women with state propaganda about the ideal status of women in Israel. Thus, the establishment of Isha L’Isha – Haifa Feminist Center was an organic result of the grassroots activism of feminists, and a response to the needs of feminist women in Israel – both Jewish and Palestinian.
What injustices / issues does your movement focus on?
As an organization that is based on a feminist collective, we look for issues that affect mostly oppressed groups in society that are not being addressed by anybody else, while at the same time constantly fighting against all forms of violence against women, and promoting peace, security and socio-economic justice from a feminist perspective. We are strongly against opposed to militarism, racism and occupation and believe that these issues are closely connected to each other as well as to women’s security and safety. Throughout the years, we have empowered thousands of women and provided them with skills to take control of their lives.  Currently, our main areas of activity include Fighting against Trafficking in Women and Prostitution; Women and Medical Technologies; Women and Disabilities, and building an empowered community of women activists and grassroots leaders of social change.

What are the key demands or rights being claimed by your movement? Who are you making these demands to? (e.g., governments, corporations, international bodies,  corporations, other actors, society at large) them?
Key demands in recent years have focused on women’s health, sexuality, economic wellbeing, citizenship and status, and security. Our current projects include anti-trafficking of sex-workers, the rights of women with disabilities, the political and moral repercussions of reproductive technologies, and abortion rights. In the economic domain – the right to gainful employment, protection from economic violence, and from racist, ageist, and classist discrimination. Lastly, as part of our continuous struggle for peace and conflict transformation and in keeping with UN Resolution 1325, we have attempted to disseminate inclusive definitions of security, highlighting the invisible insecurities of women, girls, and minorities. Our addresses are authorities (the police, local municipalities, or state ministries) and public opinion. But mostly, we work with women and girls via empowerment sessions, courses, and open discussions.
What are the key ideas and concepts used by / in your movement? And how do you define them?
We endorse an intersectional, radical feminist perspective that sees gender injustices as embedded in the local history of occupation, militarization, and a racist national legacy of Jewish, western, and heterosexual supremacy. Accordingly, we are committed to equal self-representation of Palestinian, queer/lesbian, Mizrahi, and Ashkenazi women throughout our projects, discussions, and public statements.

Where is your movement active?
Isha L’Isha is located in Haifa, the hub of many feminist activists and several feminist organizations. We lead grassroots actions such on the local level, but our reach is national, as we also work on raising awareness and advocacy, participating in various governmental committees to press for legislation changes that will benefit women and other disenfranchised groups.
What are some of your key achievements and gains as a movement?
Our achievements are mainly in changing public opinions on issues pertaining to women’s lives, such as violence against women. These are long term changes that are sometime visible only in hindsight. Two major areas in which we had made a direct impact on law changing and on women’s lives are in eliminating trafficking in women and on issues of fertility rights. Specifically in trafficking in women, Isha L’Isha has been the leading force behind both changes in legislation, as well as changes in how trafficked women are treated by authorities, especially by the police.

What would make your movement stronger?
Financial stability could contribute greatly to our movement. Visibility and strong public voice could influence changes in our society.
How does your movement define solidarity?  What would greater support and solidarity look like for your movement?
Solidarity for us is first and foremost the ability to work together beyond national, ethnic, class and sexual differences. Solidarity between Palestinian and Jewish women is the core essence of our activism. We perceive ourselves as part of a resistance movement against oppression and would benefit greatly if our society would be less fragmented and less racist.
Where could people learn more about your movement?
We have published an article about the participation of our organization in national feminist conferences and the implementation of a system of equal representation in Awid publication “building Feminist Movements and Organizations” in 2007. We invite you to visit our website, www.isha.org.il  and Facebook page https://www.facebook.com/IshaLishaHaifaFeministCenter/. We encourage you to contact us for any cooperation or information via our development and outreach coordinator at isha.haifa[at]gmail.com.
https://promosaik.org/wp-content/uploads/2017/02/11041.jpg 200 200 promosaik https://promosaik.org/wp-content/uploads/2020/02/Promosaik_brandwordmark.png promosaik2017-02-25 19:08:262017-02-25 19:08:26Khulud Khamis - Isha L'Isha, Haifa