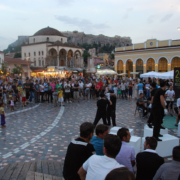 By Denise Nanni and Milena Rampoldi, ProMosaik. In the following our interview with KETHEA, the Therapy Center for Dependent Individuals” in Greece, struggling against drug addiction, and helping drug addicted people. We talked to Marina about the center, its activities, objectives, and projects. Would like to thank Marina very much for her impulses. ProMosaik is convinced that the international exchange of experience in this field is fundamental to develop innovating strategies to face this challenge. 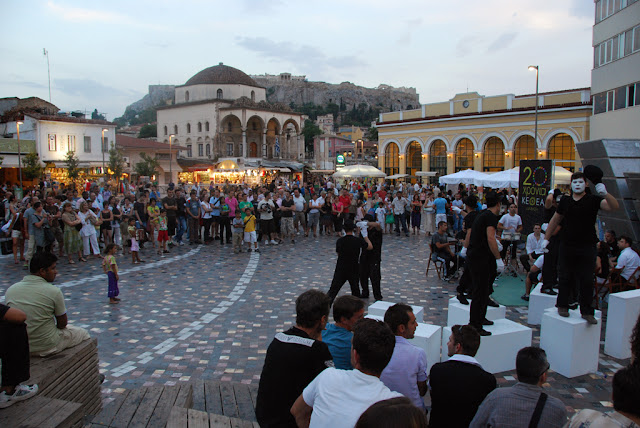 How was KETHEA founded?
KETHEA (acronym for “Therapy Center for Dependent Individuals” in Greek) is the first organization established in Greece for the purpose of drug addiction treatment. It started out as a pilot project in 1983, when ITHAKI, the first Greek Therapeutic Community was founded in northern Greece. Until then drug users would end up either in prison or in a psychiatric hospital, as no specialised treatment option was available. KETHEA helped overcome the myth that addiction can’t be treated and paved the way for the rehabilitation and social integration of addicted people in the country. Within a few years KETHEA evolved into a nation-wide network of services for drug users and their families.
Which kind of services do you offer to people who ask for your assistance?
KETHEA offers its services within community, prison and residential settings, and has the capacity to respond to clients with diverse needs, including adults, adolescents, parents, immigrants, refugees, prison inmates, released prisoners, alcoholics, gamblers and pathological internet users, at every stage of their recovery.
KETHEA programmes are drug-free and offer a comprehensive continuum of services, focusing on the recovery and the development of a new way of living, where the individual is a productive and equal member of the society. All services are provided free of charge.
The KETHEA treatment programme is based on the psychosocial model of Therapeutic Communities, one of the most effective approaches to tackling addiction. KETHEA has adapted this model to the needs of the full range of Greek drug addicts.
KETHEA believes that effective treatment needs to go beyond drug abuse and offer an overall therapeutic process that addresses every aspect of an individual’s life, i.e. their emotional, mental and physical health, family and social relations, history of offences, education, employment, housing etc.
Members of KETHEA treatment programmes have to participate actively and commit to change. They need to gain an insight into and understanding of why they use drugs, take responsibility for their situation, and gain control over their lives.
KETHEA also runs school and community based prevention and early intervention programmes and is active in training and research in the field of addiction. 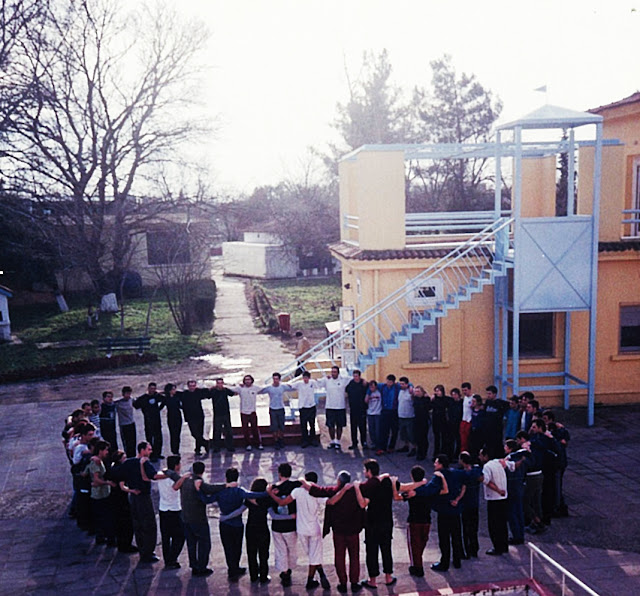 How do you address social reintegration who suffered from addiction?
People who complete the main treatment phase of KETHEA’s therapeutic programs move on to Re-entry Centres, where they receive counselling and psychological support aimed at facilitating their gradual and smooth reintegration into society. At this stage, the aim is to organize the former addict’s personal and social life on a new footing featuring economic independence, healthy, supportive relationships and creative goals.
Education and training in collaboration with specialized agencies, vocational guidance and counselling to support integration into the labour market, legal support for pending legal issues and relapse prevention training are important components of this effort.
How does the recession affect  drug addiction and the work of KETHEA?
The economic crisis has had a dramatic effect on the physical and mental health of the Greek population. The data show that rising unemployment and a significant fall in income has led to a clear deterioration in various indicators,  including an increase in depression, suicide rates and the use of legal and illegal  substances.
The recession has also had a negative impact on existing drug-related problems, worsening physical health, increasing levels of homelessness, self-destructive  behavior, and the marginalization of drug users. HIV/AIDS and other infectious  diseases, such as Hepatitis C, have increased among drug users. More expensive drugs give way to cheap substances, such as Sisha, a combination of methamphetamine and dangerous chemicals, also called the “drug of the poor”.
Furthermore, a bleak outlook for the post-treatment stage will most likely discourage drug users from contacting treatment and rehabilitation services.  High unemployment makes the professional and social rehabilitation of former drug users even more difficult, increasing the risk of a relapse.
In this difficult period, KETHEA is being called upon to respond to increasing needs while facing budget and personnel cuts. 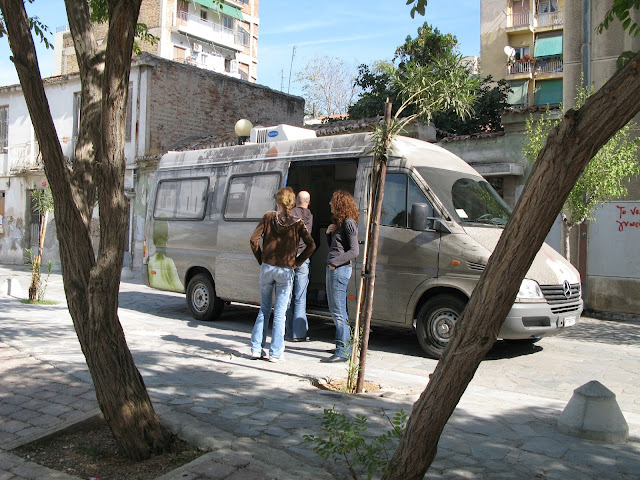 Why do we have to invest in the treatment of addiction in times of crisis?
There is solid scientific evidence that if the needs of dependent persons are not addressed in a therapeutic manner, the cost to society and the state is far greater. Data shows that for every €1 invested in a KETHEA Therapeutic Community, society saves between €4.6 and €6.5, depending on the type of treatment programme (residential, out-patient, day care). The savings result from reducing the costs associated with substance abuse, which include criminal activities, persecution and incarceration, hospitalisation and unemployment. Drug treatment also costs less than confinement.
The outcome effectiveness of KETHEA Therapeutic Communities increases the benefits to society over time, since a significant proportion of Therapeutic Community members will abstain from drug use and delinquency and re-enter society and the active workforce.
These results indicate that the treatment of addiction is a social, humanitarian and economic imperative, particularly in times of economic crisis, which pose a threat to social cohesion, while increasing substance use.
Do you carry out any awareness raising activity? If yes, how has civil society been responsive so far?
The development of an open and creative relationship with the society is one of the major aspects of treatment in KETHEA programmes. The members  of KETHEA programmes throughout Greece carry out open information events, environment-friendly interventions, sport events, exhibitions, musical and theatrical performances etc. all year round, aiming at raising awareness and fighting stigma.  KETHEA also runs an annual campaign to mark World Drug Day(June 26th ); the campaign is funded by donations from stakeholders, the Media, professionals, companies, institutions and individuals.
Since the onset of the economic crisis, KETHEA’s information and public awareness activities have been focused on: educating the public and policy-makers about the consequences of the recession on mental health, drug abuse and social exclusion, and fostering solidarity with vulnerable groups, as well as advocating the right of addicted people to quality recovery-oriented treatment.
Do you cooperate with local authorities and institutions? If yes, how?
KETHEA has established a wide network of cooperation with Greek and foreign entities in the fields of health care and social welfare, treatment of addictions, university and professional training and scientific research. These collaborations seek to address the needs of addicts and their families more effectively, and to promote scientific knowledge and evidence-based practice. KETHEA also develops synergies with local authorities, in order to tackle drug addiction on a local level. In recent years, more than 15 requests from various areas of Greece have been submitted to KETHEA relating to the setting up of new units. In response, KETHEA has increased its cooperation with local authorities, which generally provide the premises for the new units and cover the initial operating costs of newly launched programmes. KETHEA provides the personnel and has full clinical and administrative supervision of the services.  KETHEA also cooperates with local authorities in the framework of awareness-raising, prevention and training programmes etc.
https://promosaik.org/wp-content/uploads/2017/02/11060.jpg 428 640 promosaik https://promosaik.org/wp-content/uploads/2020/02/Promosaik_brandwordmark.png promosaik2017-02-26 06:26:262017-02-26 06:26:26KETHEA from Greece