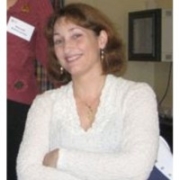 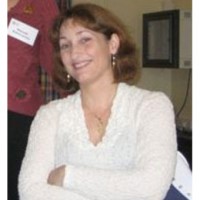 by Milena Rampoldi, ProMosaik e.V. – My interview with the journalist Jennifer Loewenstein who has been working for years on the Middle East. About her work she wrote me: “This year I’ve been working on Iraq and Syria more than anything else. I’ve never stopped following the crises in Gaza and the West Bank, however. There are some ties between the two – not obvious or ‘conspiracy’ oriented. As you may know, I’ve lived in the Gaza Strip, the West Bank, East Jerusalem, and Beirut. I’ve traveled in Syria, Jordan, Egypt, and Israel. I’ve also worked a lot on refugee issues. (I lived in the refugee camp of Bourj al-Barajneh in Lebanon for 3 summers, though that was a while back now – 1999-2002 – but return almost every year to visit friends.)  I haven’t been able to get into Gaza since 2010, but I follow events there closely and keep up with my contacts there. I think an important issue is how the media focus has been taken off Palestine as the Syrian Civil War continues. Both deserve a lot of attention, however. US foreign policy in the region continues to trouble me, to say the least. It deserves a lot of attention and clarification.”
Jennifer Loewenstein was Associate Director of the Middle East Studies Program at the University of Wisconsin–Madison. Last August she mooved to Penn State University. She is politically active, and writes as a freelance journalist. Her work has been featured in scholarly publications such as The Journal of Palestine Studies, and she is a regular contributor to CounterPunch magazine.Loewenstein is a member of the USA board of the Israeli Committee Against House Demolitions and founder of the Madison-Rafah Sister City Project. 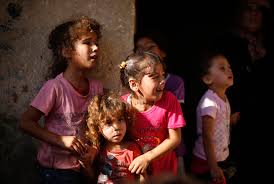 MR: How can we as writers, journalists, and bloggers help to promote peace in the Middle East?
JL: We have an obligation to inform and educate people without imposing our personal views on them. This can take place in schools, universities, in the arts, in political forums and neighborhood organizations; in churches, mosques, synagogues, in grocery store conversations; at the dinner table; in local or national demonstrations; in letter writing campaigns; in call-ins and sit-ins; in non-violent direct action; in reading world newspapers; in taking the initiative to speak to people in our cities and towns who come from other parts of the world; in initiating activities that we’re all waiting for someone else to do. We have another obligation to be patient and not to expect to see change overnight. Some of  us may never see the kinds of things we have worked so hard to attain. We have got to learn how to organize effectively without falling victim to petty, divisive infighting among the people working with us. We have to get it across to people that problems do not resolve themselves. On the contrary, left untouched, such major problems will only worsen.
MR: Tell us about your experience in Gaza.
JL: This would take an entire memoir, which I hope to write someday. Suffice to say, it has been the resilience of the people of Gaza, above all, that has kept me going even at my darkest moments.

Waris Dirie: Nothing can justify FGM