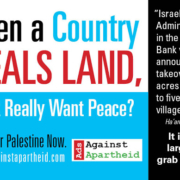 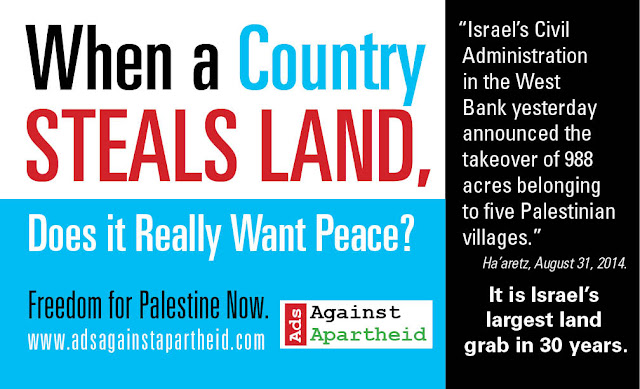 By Milena Rampoldi, PorMosaik. In the following my interview about the PalestineAdvocacy Project I conduced with Jason B. Vagliano. I would like to thank Jason so much for his time. We talked about the general objectives of his initiative, about Israel and apartheid, about the importance of poetry in struggling for justice and against occupation and oppression. And we talked about the importance of networking to stand all together against Israel as a country of structural violence and impunity.
Milena Rampoldi: Which are the main objectives of the Palestine Advocacy Project?
Jason B. Vagliano: Overall, PalAD seeks promote awareness of the Palestinian struggle against Israeli occupation, colonialism, apartheid, and human rights abuses.  Our organization focuses on using public media and educational campaigns to draw the American public’s attention to the grave implications of unwavering US military and diplomatic support for Israel’s policies, as we firmly believe that greater awareness is fundamental to changing American policies towards the region and holding Israel accountable for its actions.
We support equal rights for all people living in Palestine/Israel regardless of religion or background, and oppose the traditional and structural violence that Israel continues to commit with impunity against Palestinians and their property.
The indefinite occupation of the West Bank, the siege of Gaza, and inequitable application of law within Israel, which deny Palestinians the political rights to which Israeli Jews are entitled, all constitute apartheid.
PalAD was founded to focus on people who are just a bit beyond the reach of the (really powerful) work being done by university organizations and by groups like Jewish Voice For Peace and US Campaign to End the Israeli Occupation. Public advertising is a great way to do that because it allows us to meet Americans in the places they spend time every day. It lets us expose them to the Palestinian experience and then to get them linked up with solidarity community. In that way, we hope to maximize the work others are doing.
We also feel the need to take stand in a public space. The media in the United States generally presents Palestinians as Israel’s problem rather than presenting Israel as a problem for Palestinians. But Israel is an omnipresent problem for Palestinians—it negatively impacts almost every part of their lives—and we think it is important for the public discussion to reflect that.
MR: Which are your main campaigns?
JBV: We have a variety of distinctive campaigns, each approaching the issue from a different angle. Our recent poetry campaign, for example, leverages the works of celebrated Palestinian National Poet Mahmoud Darwish with a  series of posters on San Francisco’s buses and trains. This campaign, while not explicitly political,  highlights the  themes of loss and connection to the land while emphasizing the rich identity and culture that Palestinians are fighting to save.
Other initiatives take a far more direct, political approach to the conflict. For example, our National Campaign , which we promoted on billboards, buses, trains, newspapers, and other media across  seven major US cities, used headlines such as ‘Homeless,’ ‘Stolen,’ and ‘Violence,’ to draw attention Israel’s systematic demolition of Palestinian homes, violence against Palestinian children, and ongoing construction of illegal Jewish settlements in the West Bank, including East Jerusalem.  Our Land Theft Campaign, promoted via traditional and digital media,  focused specifically on the Israel’s theft of Palestinian land, tying it to support from US tax dollars. The ads, following Israel’s confiscation of nearly 1000 acres of Palestinian land in 2014 to build a Jews-only city, called for Palestinian freedom and boldly ask, “When a country steals land, does it really want peace?”
We are currently planning a campaign in high-profile US news media with actual quotations from Benjamin Netanyahu and other Israeli leaders that incite violence against Palestinian civilians. Our organization is also collaborating with  Defense for Children International’s on its “No Way to Treat a Child” campaign, which targets Israel’s illegal practice of military detentions of Palestinian children. We are also promoting the Palestinian cause via a new billboard truck, which will appear in high-visibility urban areas. 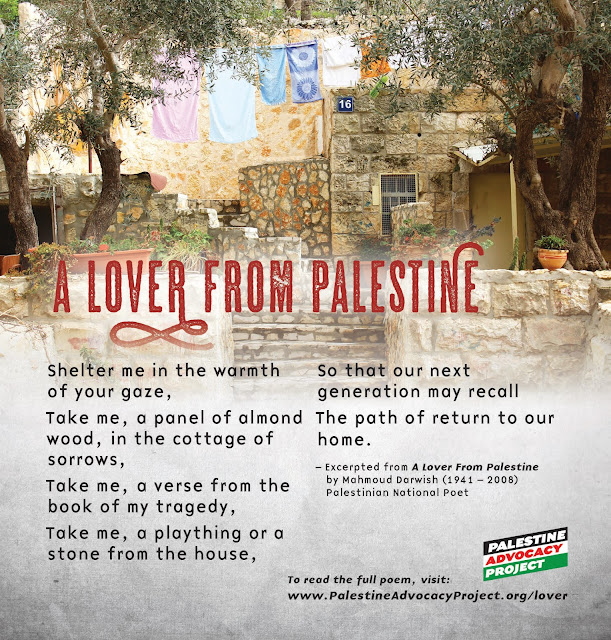 MR: Tell us about your campaign focused on poetry
JBV: As I alluded to above, those who have followed Palestine Advocacy Project’s work will notice that this campaign is different from our others. Mahmoud Darwish (1941-2008) was an award winning Palestinian author and poet. He is critically acclaimed and has been recognized as one of the greatest Arab poets of the modern age. Darwish’s work used literature, particularly poetry, as a means of political advocacy. Highly respected and beloved by his people, Darwish was regarded as the voice of the Palestinians and is still considered Palestine’s national poet. Palestine Advocacy Project brought excerpts from seven of Darwish’s most powerful poems to San Francisco in a series of posters on San Francisco’s buses and trains. The selection of poetry includes the epic ‘Under Siege’, as a well as shorter, but no less powerful works such as ‘Earth Poem’ and ‘A Lover From Palestine.”

Through this campaign, we are reaching out as advocates of Palestinian culture and of the rich identity that the Palestinian people are fighting to save. The cold harsh facts and figures of Israel’s occupation and apartheid – so prominent in our other media work – will continue to resonate on the world stage; but our mission with this campaign has been to present Palestinians as more than players in a geopolitical struggle. We feel that the human connection we share with Palestinians through their art and culture can be an important catalyst for challenging the dominant narratives that Americans are used to hearing about Palestine and Israel.

MR: Which are the most important strategies to show the Palestinian suffering in the West.
For so long, the pro-Israel side has relied on well-funded, politically powerful  lobby groups representing the special interests of the few to effectively stifle any discussion on Israel/Palestine and censor mainstream reporting on Israel’s ongoing abuses of Palestinian civilians. Nevertheless, the movement for Palestinian rights has grown significantly over the past five to ten years in the United States and elsewhere in the West because of the inspiring work of young Palestinians who are sick of their friends and families being attacked, Jews who are disgusted with what has been done in their names, and other people of conscience who fight for what is right.
To us, the most important strategy to show Palestinian suffering  and effect change is to  provoke open discussion by helping the mainstream public connect to Palestinians on a human level. People are generally uncomfortable with information that contradicts what they already believe, and the information PalAd is presenting isn’t part of the mainstream narrative. Many Westerners, especially in the US, relate to Israelis—they live in a technologically advanced country, maintain Western cultural practices, and have experienced violent attacks from non-state actors who are sometimes associated with Islam. To suggest that it is actually the Israelis who are wrong and the Palestinians who are victims is to suggest that we Westerners are wrong, and that some of the people we “defend ourselves” against are victims. That is uncomfortable for a lot of people.
But, when Westerners not directly affected by the conflict start to connect to Palestinian suffering in terms we can relate to, we, in turn, become more comfortable openly discussing Israel-Palestine. When that happens, the long-established taboo against criticizing Israel that has long permeated mainstream Western culture starts to unravel. Israel’s own leaders and supporters know this and realize it has already started to happen– hence their panic over what they call Israel’s “de-legitimization”  and their rush to criminalize the Boycott, Divestment and Sanctions (BDS) movement . They know that once the broader public in the West  is made fully aware of Israel’s policies, that the occupation and apartheid regime will crumble, much as it did in South Africa during the early 1990s.
MR: Which are the most effective arguments against Zionist occupation, apartheid, land theft, and colonialism?
JBV: There are two core arguments – the first is as simple as it gets: the “golden rule.” Do unto others as you would have them do unto you. Israeli policies, which are broadly accepted as the status quo by the mainstream Western political and media establishment,  constitute the indefinite occupation of the West Bank, the seige of Gaza, the use of collective punishment, and inequitable application of law within Israel to deny Palestinians the political rights to which Israeli Jews are entitled. Israel engages in state-sanctioned ethnic cleansing, using military force, brutalization, home demolitions, deportations, and bureaucratic violence to remove Palestinians from their historic homeland and establish Jews-only domination over stolen land.  Israel routinely flouts international human rights law by targeting civilians with violence.  Regardless of one’s political beliefs, background, worldview, religion, or ethnicity, no one in his or her right mind would ever want to be subjected to the above treatment, let alone day in, day out, decade after decade.
The second argument applies more to Israel’s own supporters.  Zionist occupation, apartheid, land theft, and colonialism are all highly self-destructive and inherently unsustainable for the perpetrators. Israel’s abuse of the Palestinians has made the country far less secure at home while Israel’s blatant disregard for international law is rapidly turning it into an international pariah state. Israel today is an essentially hyper-militarized fortress, walled in all sides, and it spends enormous resources on a vast so-called “security” apparatus–from elaborate military prisons that detain civilians, including children, without charge, to armaments, to state-sanctioned efforts burnish Israel’s tainted image abroad through propaganda (known as “hasbara” among Israelis). Israel is causing itself huge economic damage through its policies.  Colonialism, as anyone with even a passing knowledge of history understands, never works out in the long-run. The relationship between colonizer and oppressed is an innately unstable and destructive. Israel will eventually have to come to terms with this reality.
MR: Tell us about the history of your initiative
JBV: The initiative started about 2.5 years ago when a small group of people came together and saw that the movement for Palestinian rights needed a highly skilled team to promote the cause through advertising. The group is very diverse, consisting of activists, students, academics, skilled graphic artists, media experts, young people, and  older people.  We are also Jewish, Christian, Muslims, Americans, Palestinians and others. We felt there was a need to be very strategic about the message and audience.    Sometimes , the progressive movement has a tendency to advertise to itself and puts out message that don’t resonate with mainstream Americans.  We set out to change that.  Our first large campaign was the one-word campaign in eight major American cities (Boston, NYC, DC, San Diego, San Antonio, Los Angeles, and San Francisco. We have also advertised in Chicago and Dallas).

In Oman we have to struggle against FGM in the name of Islam: Habiba al-Hin...

Martina Lauer: a German, Pro-Palestinian Activist for Palestine in Canada
Scroll to top