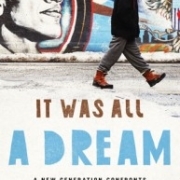 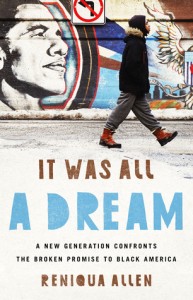 The story of how the American Dream has failed young black Americans, offering a deeply reported, compassionate portrait of a generation searching for a better future.
In the last few decades, any hope of economic progress for black Americans has been slowly and steadily undermined. This quiet crisis was only exacerbated by the recession, which cut black households’ wealth by over 30 percent. Black millennials watched their parents try to play by the rules, buying homes and aspiring to the trappings of middle-class life, only to sink deeper and deeper into debt. Now, in the post-Obama era, young black Americans face a critical turning point, as they try to realize dreams too long deferred.

In It Was All a Dream, Reniqua Allen tells the stories–too often overlooked–of black millennials struggling, innovating, and flourishing. We meet a former college athlete burdened with mounting debt; a lawyer who, like so many of her generation, has left New York for southern cities like Atlanta; a sex worker in Chicago; and an ambitious Republican organizer who wrestles with being a black conservative. Allen interweaves reflections on defining moments, from Hurricane Katrina to the election of Donald Trump. Together, the lives and reflections in these pages offer a portrait of a generation on the brink, tracing their efforts to build their own futures and write their own history.

A Road to Nowhere: The Idea of Progress and Its Critics by Matthew W. Slabo...
Scroll to top