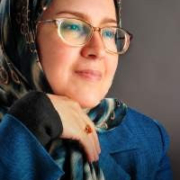 By Milena Rampoldi, ProMosaik e.V.
An important interview with Sedigheh Vasmaghi about women in Islam. 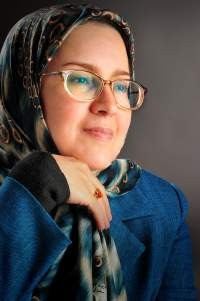 Dr. Sedigheh Vasmaghi is a lawyer, poet and author from Iran. She is known

for her participation in the Iranian reform movement and was forced to flee due to threats and persecution. 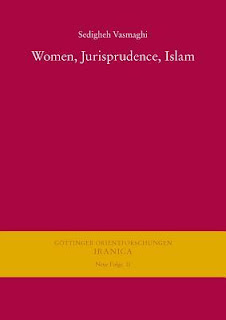 SV: In this book I wanted to focus on three fundamental points of discussion:
-Differentiation between Islam and jurisprudential rulings presented by Islamic Juris consults attributed to Islam over the history of Islam. I believe that the overwhelming majority of these rulings are not rooted in Islam, but coming from tradition.
-Disputing the discriminatory laws against women attributed to the sharia of  Islam. I have rejected reasons presented by Islamic Juris consults who have tried to prove that these laws are Islamic laws, and that therefore they must be implemented. They have theorized discriminations against women based on disputed reasons I discuss in my book. They were able to impose these rulings on Muslim societies and Muslim culture not because of their strong reasons, but because nobody, in particular no woman, put their opinions under question disputing them.
-I come to the conclusion that all laws, including family, social, civil and criminal laws are excluded from Shariah. Legislation is assigned to people and every society looks at its requirements, conditions and demands in legislating laws, and does not follow Islam, but attributes their traditional solutions to Islam, even if they do not come from Islam.
I strongly believe that the Muslim world needs an urgent reform of the shariah. This means that the domain of the shariah has to be restricted to moral teachings and acts of worships, excluding civil and criminal laws from shariah, in particular in Iran.
In the introduction to my book it says:

MR: What does poetry mean to you? Which importance has it in your life?
SV: Since I met poetry, poetry and I have been living together. To me poetry is the air for breathing, and it is the strongest and shortest language for protesting. Poetry is my friend. It gives me peace in the hard moments of life. Poetry has always been important to me as a strong mean to express myself. Several times, I was under prosecution and threat due to my poems. This shows the important role of poetry in my life.
MR: Which reforms are needed in Iran today to give to Muslim women their rights?
SV: There are some short-term and some long-term reforms needed in favour of women’s rights in Iran. By Short-term reforms, I mean reforms of law, such as social and family laws. To give you some examples: the hijab is compulsory for women in Iran. The compulsory hijab is a wrong, unjust and immoral rule, which has had a bad impacts on women’s lives. The state intervention in a private issue such as clothing leads to many limitations and difficulties for women, and it has damaged women’s social  and psychological security; because this rule gives the specific police to take immoral and unjustified measures and actions against those women who don’t exactly comply with this rule. Due to this rule, in the field of sport women has no real chance. Another example of a discriminatory law is that a woman needs her husband’s permission to get her passport. Many men could misuse this wrong law to put women under pressure. According to Iranian family law under the (so-called) Shariah, a mother even after the death of her husband has no legal position over her children. Her rights over her children are not recognized, and the legal responsibility for them is transferred to the paternal grandfather. I think that such rules are not compatible with women’s situation today. Women have no political power. A woman is not entitled to be a president or to attend some important political institutions. Improvement of women’s rights requires such laws to be reformed.
In a long-term process of reform, the reform of constitutional law is needed. Another urgent need concerns cultural reforms. I think that all wrong traditions and perspectives in Muslim societies must be reformed. And this is the case in Iran.
To make both short-term and long-term reforms, women need civil and political power. They are working consciously to achieve their rights.
MR: Why is an Islamic opposition to the state Islam so important for Iran and the Muslim world?
SV: An Islamic state uses Islam as a mean to take any action. Legislations, limitations, policies, suppressions and everything are attributed to Islam. The opposition to legislations and policies is considered as opposition to Islam, and therefore it is punished. Most of people have not enough knowledge about Islam. And this gives the Islamic state the opportunity to let prevail superstitions in the name of Islam to supress human rights and freedom. If you could talk to people by making them aware that superstitions are not Islamic teachings, then taking steps toward changes would be much easier. In fact, as long as people in the Muslim world believe that whatever is claimed by Muslim clerics and Muslim jurisprudence is part of the Islamic shariah, the process of changing will be very difficult. When you talk to people about their religious beliefs to reject or correct them, you must have enough reasons, you must use proper means and language to convince them. To give you an example in the field of women’s rights: For many centuries, Islamic jurisprudence has claimed that these discriminatory laws come from the Islamic shariah. Everyday thousands of students in thousands of Islamic schools learn that these laws are a part of holy shariah. Therefore it is so difficult to oppose to these rules and teachings. However, if you achieve something in this field, it will be important to the whole Muslim world. Muslim communities are linked and impact and influence each other. Islamic shariah rules are very similar in the different Muslim law schools and sects. Also in the field of women’s rights there is no basic difference between them.
At this point, I would like to mention that the basis of every Islamic State (based on all Islamic sects) is the performance of Islamic Law. The majority of the shariah rules focus on family and criminal law. However, an Islamic state considering its interests may steps down from performing some of the so-called Islamic criminal laws such as stoning, lashing or amputation, but experience shows that the Islamic state doesn’t step down from family laws. The focus on family law within the shariah is about controlling women and recognizing traditional discriminatory rights of men on them. It means that the main focus for an Islamic state is on keeping the traditional position of women, by opposing to any reforms in favour of women. In fact, an Islamic state doesn’t see any meaning for the shariah when women’s rights are equal to men’s rights. It shows how difficult and important it is to fight for women’s rights in Muslim societies, in particular showing that Islam never opposes to equal women’s rights.